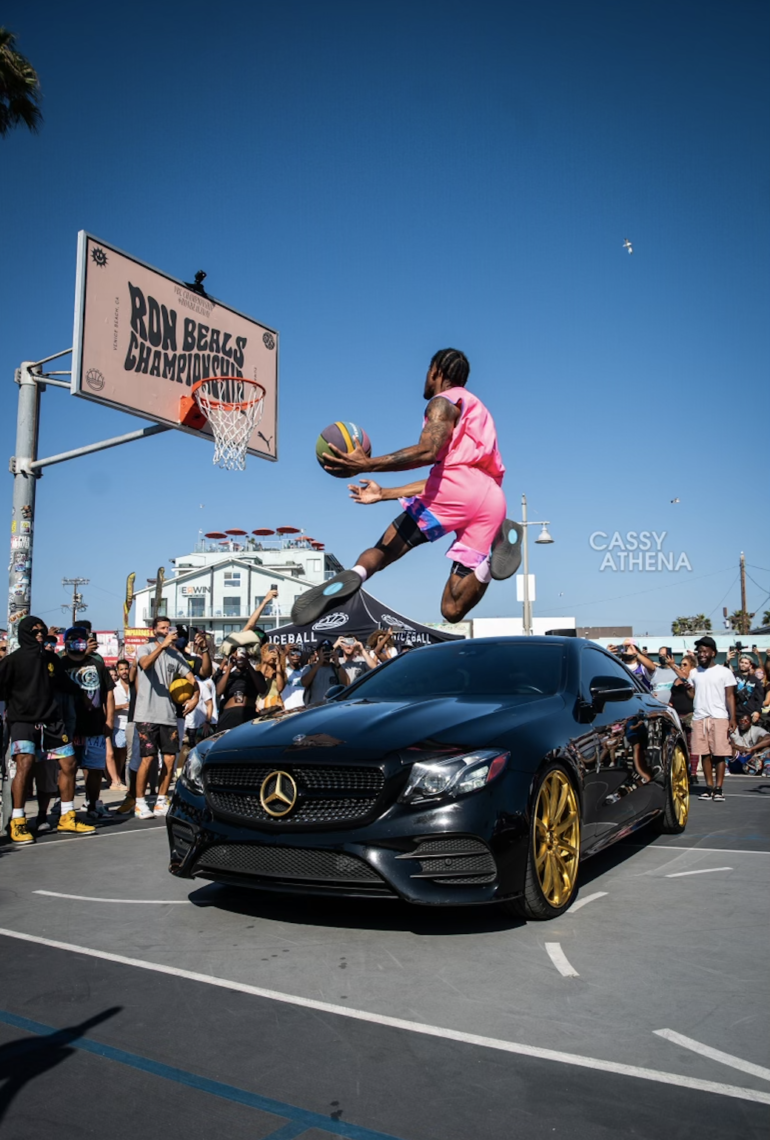 On Saturday September 18th 2021, the final 6 remaining teams fought for a chance to play in the finals on Sunday. Up first team SNS All Stars Vs. Sunblock for the first semifinals series of the year. A hard-fought best of 3 series went down but SNS emerged the winner with standout performances from Dreamchaser and Jordan Giusti. Following that Can’t Guard Me brand and defending champions Los Fearless went head-to-head in a best of 3 series that was an absolute battle. Los Fearless came out ahead utilizing a heavy size advantage. Due to rescheduling Los Fearless had a back-to-back series and so to top off the day of playoff basketball the other semifinal series began with Los Fearless Vs. Timeless a heavyweight bout that showed two incredibly evenly matched teams. However, Timeless, having fresh legs and a deep roster, advanced to the VBL Finals defeating Los Fearless in a best of 3 matchup. To cap off the day there was a VBL All Star game with selections from every team represented and some VIP guests to put on a memorable show and close off the Saturday of hoops!

Sunday September 19th 2021, started with the largest yoga session VBL has ever been a part of that covered every inch of the main court. Following that was a legendary story time with the local legends talking about Ron Beal and just funny Venice stories. That rolled right into a legends 3×3 basketball game where world famous Hot Sauce and the original White Chocolate stole the show with a full arsenal of moves on display.

Then it was the ladies turn with The Basketball Beauties League holding an all-star game where MJ Icey cashed in on a game winning shot!

This Season VBL held one of the most spectacular dunk contests Venice has EVER seen. New Williams, Tyler Currie, Elijah Bonds, , , all went head-to-head and round for round but it was New Williams and Tyler Currie that stole the show and gave the fans a dunk off for the ages. Compton AV showed up in the final rounds for a performance of his hit Money Dance and rolled up his beautiful Mercedes Benz in the perfect spot to get dunked over and New was up for the challenge. In his first try he aligned a person in front of the hood of the car and dunked over not only the hood but a person as well! Earning all tens from the judges and securing a VBL Dunk Contest championship which makes New Williams the first to sweep the LA contests as he had won the drew league dunk contest as well earlier in the summer.

Finally, the grand finale took place in which team Timeless and SNS All Stars battled it out in a best of 3 series.

Game one was an epic back and forth with a dramatic ending that left Timeless out of sorts for the rest of the series and SNS took full advantage with rookie Jordan Giusti and Dreamchaser showing why they’ve made it this far. Jordan hit big shot after big shot and when it came down to the final shot, he stepped up with no hesitation coming off a big screen, stepping back, and firing a 2-point bomb to seal a championship for SNS and to send Timeless home for the summer. Jordan earned finals MVP honors and champagne burst into the air.

To end the day in regular Ron Beals tradition we held a celebrity/influencer game that featured the likes of Tristan Jass, White Chocolate, Baby V, Ice Bucket, Najee De Tiege, Chris Staples, Reemix, Trick Shot Cop, and so many more! Thank you to everyone all over the world that has tuned in, supported, and been a part of this epic season.