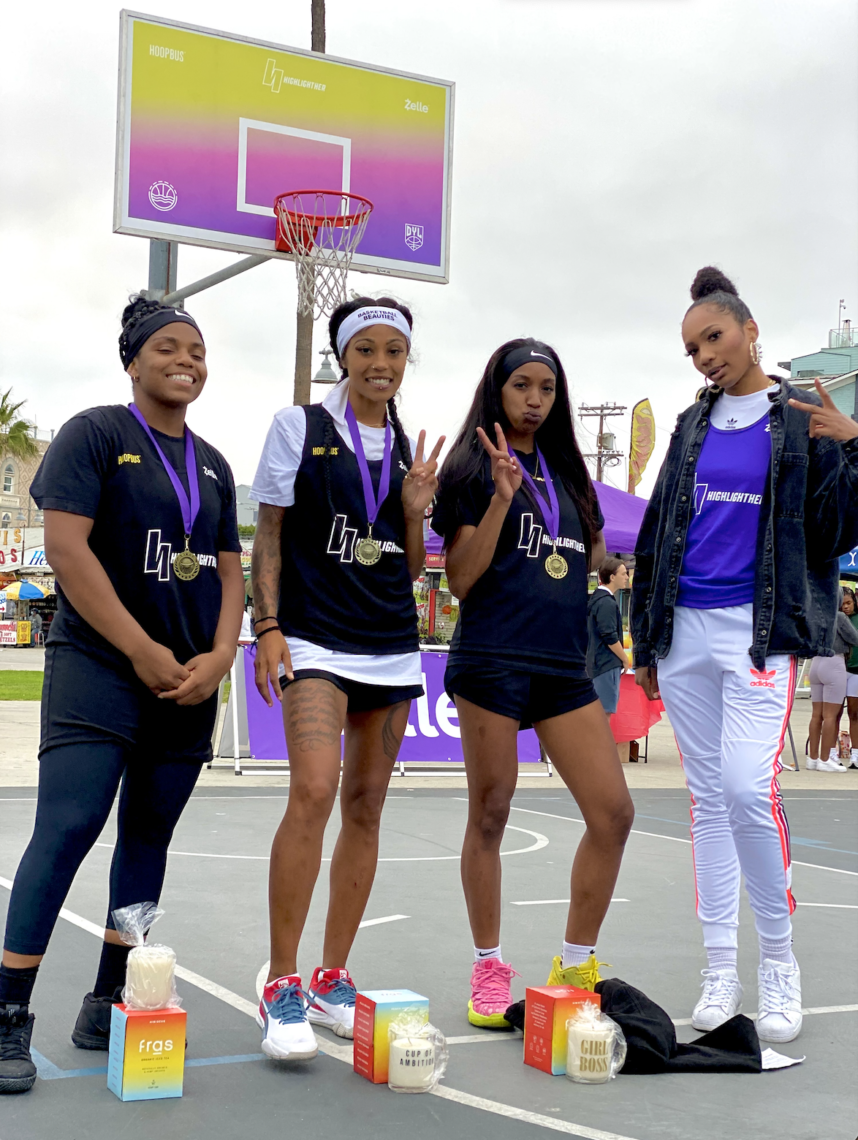 On Sunday September 26th a womans 3×3 tournament took place at the legendary Venice Beach Basketball Courts. Bleacher Report, Zelle, Veniceball, and the Hoopbus all came together to put on the event and set the stage for the ladies to shine. A surprise grand prize took the competition up a notch as the play was very physical and fast paced. All it took was blinking and you’d miss a bucket. Eight teams’ double elimination totaling over 13 games in a matter of 6 hours. The final two teams that emerged for the finals held VBL Fams very own Marrisa Dove, Mj Icey, and Jpeezy battling each other for 1 final game. Marrisa’s team battling back in the loser’s bracket was now on their 4th straight game and Mj Icey’s team was well rested and ready to secure the win. A hard-fought championship game had Mj Icey’s team emerging victorious and sharing a surprise $5,000 grand prize courtesy of Zelle!