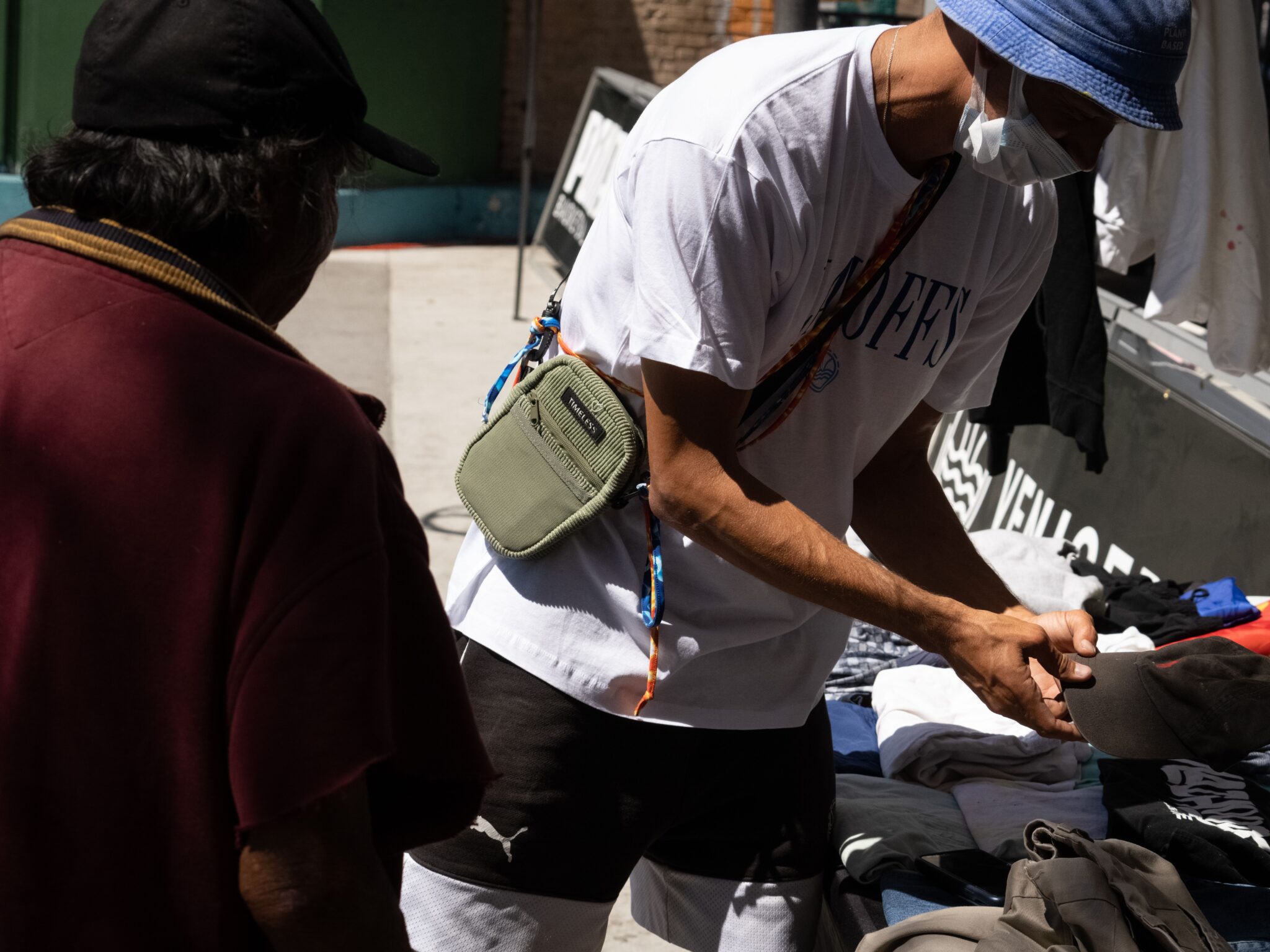 My name is Joshua Oglesby. On Friday September 10, 2021 I woke up from a nap around 4:30pm in Lynchburg, Virginia. During that time of sleep and slumber, rest and reprieve, and refreshment and restoration I had a dream. The dream involved three quintessential elements. The Hoop Bus, one of my friends in Los Angeles, and homelessness. See, God has given, graced, and granted me an abnormal, atypical, and audacious heart for homeless individuals. I believe that homelessness is not solely, strictly, or simply a momentary atrocity, but it is also an eternal reality. Furthermore, the gospel of Jesus Christ does not either fix the momentary atrocity or the eternal reality, but rather it fixes both the momentary atrocity and the eternal reality. The gospel humanizes the dehumanized, sees the unseen, hears the unheard, dignifies the undignified, and loves the unloved. After having arisen from the nap, I saw a post on Instagram that informed me of and invited me to Los Angeles, be on the Hoopbus, and go to Skid Row, the homeless district. The event was scheduled to start at 12:00pm on Saturday September 11, 2021. God placed in my soul and put on my heart a desire to be in Los Angeles California. My mind was fed a main course of this “less than 24 hours to be in Los Angeles” situation with the side dishes of internal tension and introspective turmoil. However, God connected dots and opened doors, so I landed in Los Angeles, CA around 8:00am on Saturday September 11, 2021.

Both the Venice Basketball League (VBL) and Skid Row are vibrant and vivacious, beautiful and brilliant, and galvanizing and gorgeous. The people we were able to converge and converse with were each radiant, rare, and ravishing. Every individual in attendance at this event has intrinsic value, infinite worth, intelligent genius, intentional design, internal perspective, and introspective ideologies. Skid Row is a provocative conglomeration of both beauty and brokenness, so being present with our brothers and sisters there is such a blessing and a blast.

The Venice Basketball League, alongside Puma Hoops and the Hoop Bus, was able to immerse themselves in the community of Skid Row to shoot hoops, run games, cook food, distribute shoes, and allocate articles of clothing. Additionally, the ensuing game play was nothing shy of extraordinary, enamoring, excellent, and enthusing. Each game was played to 21 points by 1s and 2s and there was no game clock or shot clock. Each team would break for halftime whenever the first team to hit 11 points got there. The hoopers were competing in the streets to qualify for the beach, and this was astounding, astonishing, awesome, and amazing street ball at its core.

First, Project Backboard played against Rokit. Project Backboard emerged victorious, and their win was largely accredited and attributed to the supremely spectacular and specially superb and sensationally sharp shooting of Trevor Weiger. Trevor, Project Backboard’s player-coach, was able to have an enormous impact on the game as he made three 3s (which ultimately counted as 2s due to the structure of the game play). Furthermore, Project Backboard’s victory should not be mentioned without acknowledging the invaluable contributions provided by VBL high flyer Christ Staples, notorious street ball legend White Chocolate, and Choc’s ultra talented and uber shifty son who has grown to be affectionately called “Mint Chocolate.”

Secondarily and sequentially the HoopBus played against Seek Discomfort. This was an excitedly anticipated and considerably provocative match up. The HoopBus team was able to edge out Seek Discomfort ultimately providing them with that which they are seeking. It is never comfortable to lose. The HoopBus was lead by Brian Mayfield, aka Grizzly Moons. He played with great grit and terrific tenacity throughout the totality of the game, and he hit the game winner for his HoopBus squad.

That game concluded, but event did not. Throughout the procession and progression of the day energy increased and enthusiasm exponentiated. Next up were two storied teams from the season: Dunk and Basketball Junkies. Basketball Junkies are lead by long time VBL extraordinaire and dynamic playmaker Larry Boyd aka “Buddha.” Basketball Junkies defeated Dunk in an extremely competitive battle of attrition.

Additionally, potentially the most enthralling and possibly the most exciting game of the day took place. Dompen Greenlights, lead by VBL legend and community pillar “Crushow” faced off and squared up with Ballislife. Ballislife was lead by the spicy, sizzlin, and smooth point guard Alan Palesano aka “White Iverson.” Both Crushow and Palesano stay true to their style, charisma, cadence, and character which makes their games “must see entertainment.” Greenlights held it down and defeated the Ballislife crew which was shocking and surprising to most on lookers.

Finally, in the concluding games of the day Project Backboarded proceeded to defeat The HoopBus team playing with both poise and passion. Next, Dompen Greenlights won their game against Basketball Junkies as they played with heart and without hesitation. Therefore, both Project Backboard and Dompen Greenlights advanced from the streets and made it to the beach to continue they vibrant and vicious pursuit of the VBL Championship. These two teams won while the other six teams dipped.

For me, taking an unexpected, unanticipated, and unpredictable voyage to the West Coast from Lynchburg, VA strangely felt like I was coming home. The VBL family exudes generosity, exhibits hospitality, and exemplifies benevolence. What is interesting and intriguing to me on an introspective and internal level is that I feel most at home around the homeless individuals in Skid Row. While watching the hoopers on the court is exciting, emboldening, and exhilarating; loving the homeless around the court was the most fruitful, formational, and phenomenal part of this homecoming experience.