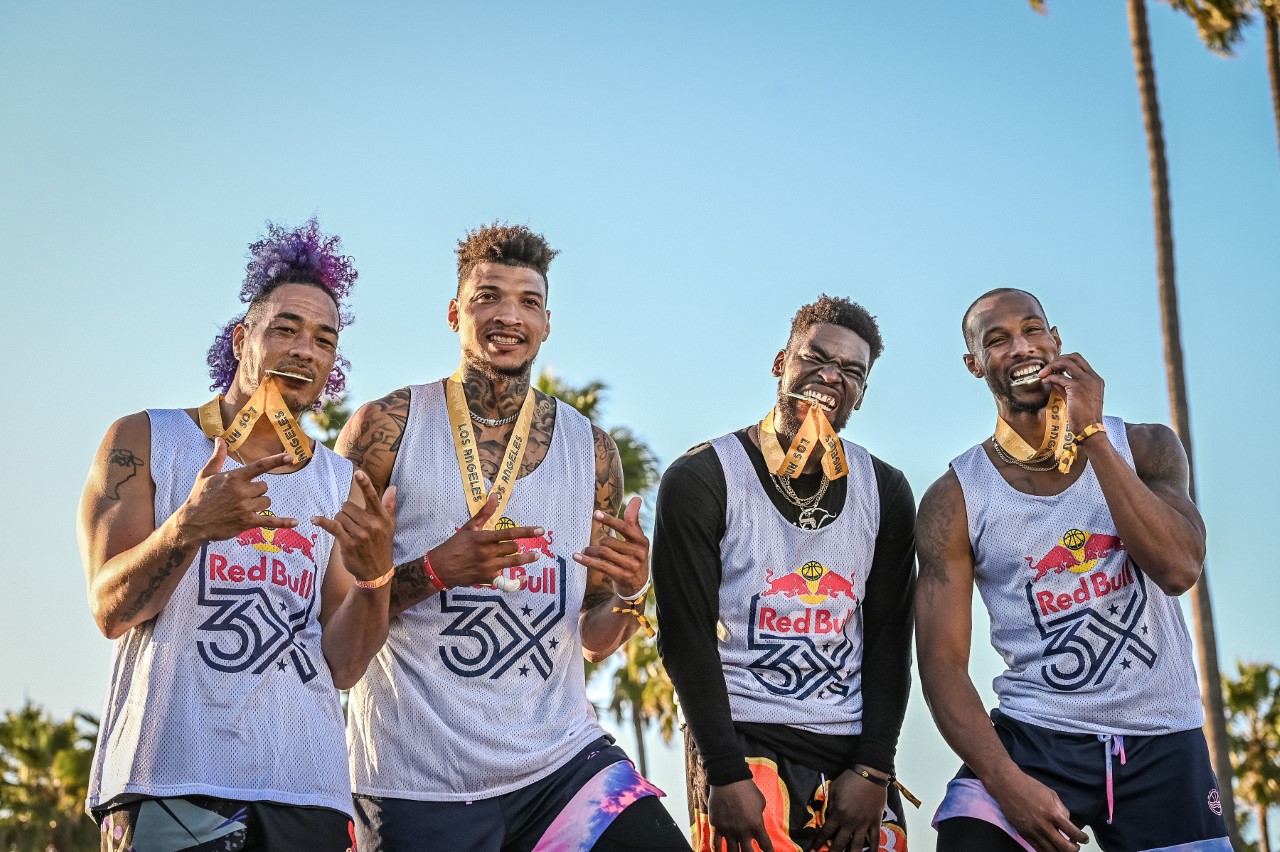 Redbull, USA 3×3, and Veniceball teamed up again for another instant classic at Venice Beach. What in the past has typically been a 2 day event was crunched into 1 jam packed day with both men’s and women’s teams battling it out in olympic 3×3 style.

The women’s team kicked off the day with the defending champs from last year’s qualifier receiving medals and a $3,500 cash prize! Following that up was the men’s tournament which featured predominantly VBL players/teams the favorite being Team Staples (aka Team Redbull) featuring VBL’s own Chris Staples, Hezi God, Marcus Bell, and Buddha Boyd.

Pool play consisted of 5 games that seeded the bracket play going forward, weeding out the majority of non VBL teams. When the bracket play commenced it looked like a typical Venice Sunday. The final four teams consisted of Team Staples, Los Fearless, One Mission(Adam aka don’t blink’s team), and another team from out of town. A grueling back to back overtime battle for Los Fearless had them in an exhausted position when reaching the star studded Team Staples in the finals.