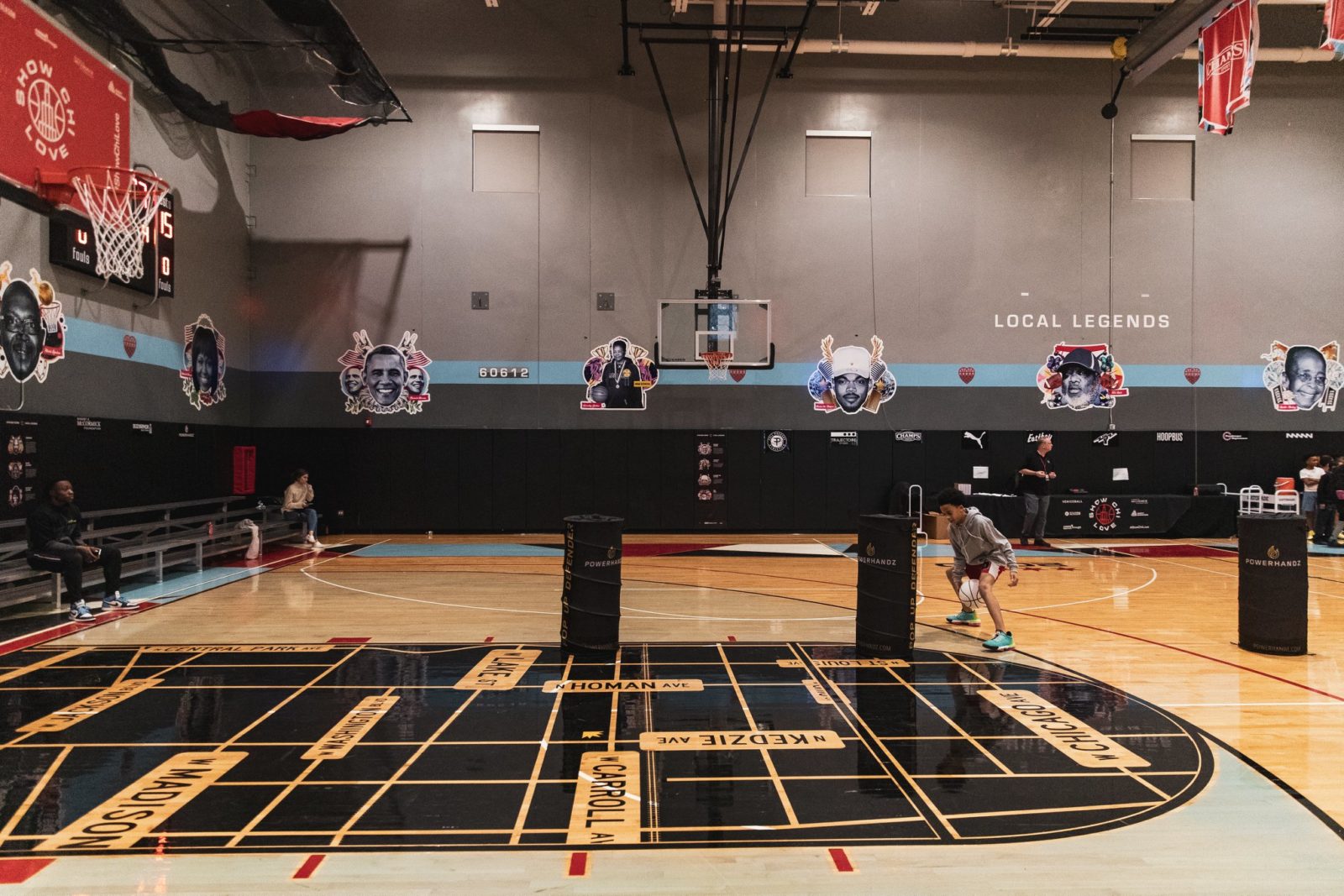 With the All-Star weekend taking over Chicago this past week, all eyes seemed set on the United Center. But just two miles away, another star-studded affair took center stage, drawing crowds of youth, celebrities, and local heroes to celebrate the inaugural Show Chi Love event.

It’s unusual for an event of this magnitude to take place in the underserved neighborhood of East Garfield Park on Chicago’s West Side, but for event partners, Veniceball and SEASON, teaming up with Breakthrough as the location of choice made an important statement.

Highlighting the importance of community inclusion and building relationships across neighborhood lines, Show Chi Love stands as an emblem for peace. More than just an event, the four-day spectacle represented a powerful movement geared towards change and hope, driven by a shared love for basketball and the communities that are so near and dear to the Windy City.

As one of the busiest and most inspiring times of the year for basketball fans all across the globe, All-Star weekend is also a time where many people pay top-dollar to experience the action up close and personal. But for Show Chi Love, the goal was to bring that same level of exhilaration and excitement to those who otherwise wouldn’t have had the opportunity in this often forgotten section of the city.

To kick off Thursday night’s Opening Ceremonies, hundreds of people from all over the world packed the gym. Kids from the neighborhood warmed up the floor, dancing to the beats of DJ Tim Hall, a neighborhood legend who ran basketball programs that trained young hoopers, including Isiah Thomas, Mark Aguirre, and Michael Jordan.

The excitement didn’t stop there—the festivities also signified the highly anticipated unveiling of the court renovation at Breakthrough FamilyPlex. Bill Curry, Chief Program Officer of Breakthrough and his team revealed the fresh new court which was inspired by creative ideas expressed by the Breakthrough community and brought to life by Atlanta-based artist Luis Perez.

While the event was an exciting respite for youth from the surrounding communities, it also gave them plenty of opportunities to participate in all the action. Friday welcomed 400 students from neighborhood schools to participate in ninety-minute clinics that paired learning about basketball with education about the icons now adorning the eighteen murals featured on the walls.

Saturday was equally as full of excitement with a Puma-hosted high school clinic and appearances by the day’s master of ceremonies B Dot, rookie of the year candidate RJ Barrett, number one WNBA draft pick Jackie Young, NBA legend and big-man Ralph Sampson, and top NBA and celebrity basketball trainer, Chris Brickley, who’s best known for working with the likes of Carmello Anthony and his epic hosted runs that include the likes of Lebron James, Kevin Durant, Justin Bieber, and J Cole.

Rounding out the day was a skills competition, three-point contest, and a dunk contest whose championship round paired Elijah Bonds against Conner Barth. An intensely focused Barth was able to pull out the win with high flying acrobatics that rivaled those of his NBA counterparts just down the street and a perfect score on his final dunk.

The day continued with a Red Bull sponsored 3×3 Fiba style tournament featuring global teams from as far away as Tokyo competing for a trip to Los Angeles and entry into an upcoming Veniceball 3×3 tournament. The stand-out highlight of the day was in the semifinals with actor and all-around good guy, B Dot, hitting a game-winning fade-away at the buzzer to send the gym and, subsequently, the internet into a frenzy.

The tournament was won by the Chicago based ZKit squad who took home the one of a kind Garfield Park inspired trophy designed and presented by Breakthrough alumni and current Rhode Island School of Design student, Nailah Golden. The weekend’s festivities closed out with an NBA All-Star game viewing party with open runs for all in attendance taking place on the court.

On top of all the action, there was plenty else to see and do, including a pop-up shop featuring a popular Avery Dennison hosted customization center for attendees to create one-of-a-kind Show Chi Love apparel alongside several noteworthy brands presenting gear from around the globe, including Ballaholics from Tokyo, Titan from Manila, New Jersey Sets from Los Angeles, and Ben Klark from Paris.

To add some artistry to Breakthrough, hand-painted 1-of-1 SEASON basketballs were on display throughout the facility. Standout pieces included those by notable artists such as former MLB player Micah Johnson, whose piece honored the legacy of Kobe Bryant, Ruth Burotte’s manga/comic styled ball told a story of a young hooper across the individual panels of the ball, Ostertag’s piece played with the space and energy of basketball, Geza Frey’s design illustrates how the lines of our life can intersect and coexist despite all the noise going on around us, Miami’s Quake was inspired by his hometown team and brought the ‘heat’ into his fireball design, Dutra Bianchini’s design was inspired by the Chicago skyline, and Nathan Bell who is known for cleverly crafting words played with the statement ‘without life there is no ball and without ball there is no life.’

Another highlight was the arrival of the Hoopbus, a natural gas-powered school bus outfitted with basketball hoops on both the front and back which traveled from California to spend its weekend at Show Chi Love. It took many tours around the city but its most notable trip took place Saturday afternoon, where a stop off at the Champs State Street store allowed riders and growing crowds to drain buckets in downtown alleys and streets.

Stocked with kicks by Show Chi Love sponsor, Puma, the bus also empowered its riders to do some good by giving back and handing out items to unsuspecting individuals, causing a near mob scene. Puma provided a total of 1,000 pairs of basketball shoes and 500 coats for the event that were gifted to attendees throughout the weekend. A true sight to behold, these acts communal generosity served to illustrate the positive and undeniable power of togetherness while bringing home the overarching theme of the entire event – love.

Proving that basketball is so much more than just a sport, Show Chi Love demonstrated that the sport is a unifying language. Even more than a language, it’s also a common bond and personal journey towards healing and repairing a beloved Chicago neighborhood too often forgotten. For those who were there, they left with more than just shoes, a jacket, or an autograph, they left with a shared inspiration, a smile, and hope for a better tomorrow.