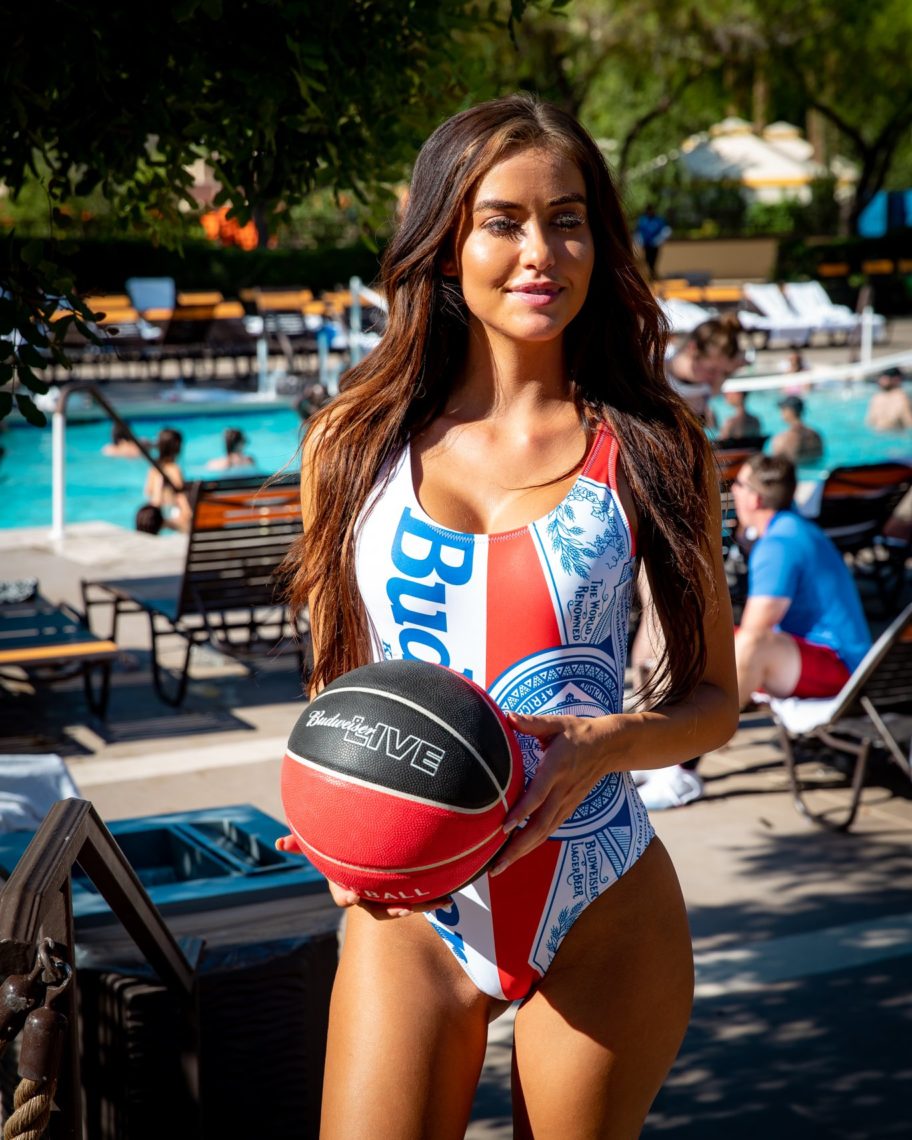 The VBL teamed up with Budweiser Live to take over poolside at the MGM casino for NBA Summer League. Hosted by the legendary Mouthpiece aka the Voice of Venice Beach and CEO of VENICEBALL Nick Ansom, the VBL brought a taste of the beach to the desert. The fans witnessed some of the most elite dunkers in the world and got the chance to try and outshoot streetball extraordinaire Sik Wit It.

The first ever VBL Pool Party was a two-day event consisting of a dunk contest ft. VBL legend Chris “Everybody Hates Chris” Staples, social media sensation Jonathan “The Jumper” Clark, former Harlem Globe Trotter Tori “Bionic Man” Brooks and many more. There were also games of 2-ball knockout played,  a 1v1 competition, a 3 v 3 competition in the pool and lastly the first VBL Pool Dunk Contest. On top of that, there was all the beer you could drink floating around, courtesy of Budweiser.

Day 1 –  The dunk contest was judged by “Bionic Man,” Harlem Globe Trotter Tammy Brawner, and a representative from Budweiser. “The Jumper” shut down the competition with the Eastbay dunk off vert with NO SHOES on. Next, they opened the court to the audience for the ultimate fan experience. People in attendance received the opportunity to attempt to out shoot the Streetball guru himself Sik Wit It for a chance to win an assortment of prizes. Some of the prizes were a bucket of Budweiser, a limited edition VENICEBALL X Budweiser collaboration basketball, tickets to see RJ Barret vs Zion Williamson in the NBA Summer League, and several other Budweiser promotional items like beach towels and bathing suits. After the shootout, the hoops moved to the pool. Fans received the chance to battle VBL players in a 3v3 tournament in the water. Then shortly after the 3v3 champion was crowned,  the first ever VBL Pool Dunk Contest took place.  The Jumper and professional dunker Dakota Elder electrified the crowd and were neck and neck until “The Jumper” stole the show with a 360 Double Eastbay dunk into the pool.

Day 2 – Another action-packed day. NBA champion Kendrick Perkins made an appearance as a special guest judge. “Bionic Man” left the judges table and entered the competition and walked away victorious. His combination of power and agility dominated the contest. After the dunk show commenced, fans received the opportunity to shoot around with Sik Wit, take pictures, and get autographs from Kendrick Perkins. Following the pictures, the VBL ballers, with the help from the Budweiser girls, turned the court into a dance floor so the audience got the chance to turn up VBL style.

Make sure to follow @veniceball on Instagram and maybe you can hang with us at our next big event: https://www.instagram.com/p/Bzs_gSHHuQB/

For more pictures from this event and all things VBL, check out our Facebook page – https://www.facebook.com/venicebasketballleague/