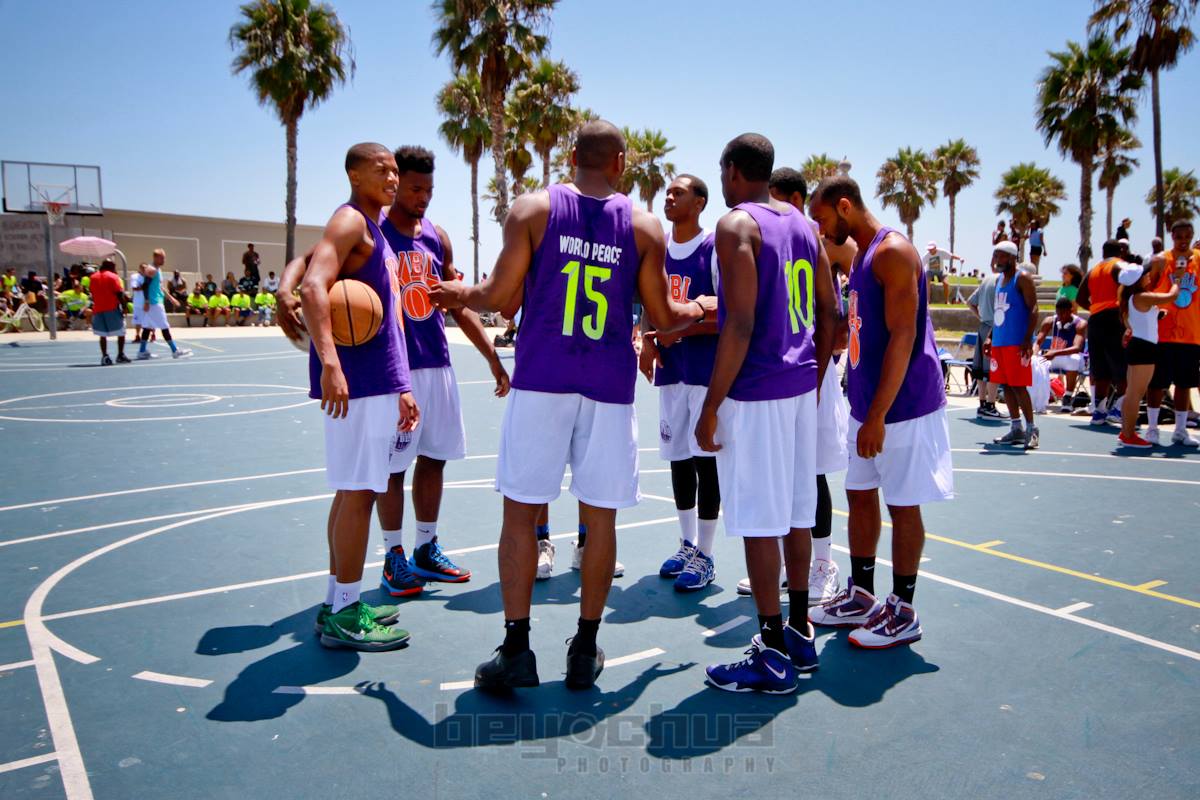 The new kids on the block (Swagg Media) made their VBL debut on Sunday and claimed their first victory. They were lead by the man known as Scipio, who had a solid overall game with 12 points, 3 rebounds, two assists, and one steal.

This opening matchup of the day proved to be a little sloppy as there was rampant turnovers stemming from the areas of bad passing, bad shot selection, and a plague of bad defense. Ultimately Swagg Media was able to use this to their advantage as they pulled together enough offensive production and defensive stops in the 4th to blow away with a 15 point lead.

SPL had a surprisingly spirited performance from the Big Easy, (now referred to as “My Food Buddy” by Mouthpiece) with 13 points, 6 rebounds, and 2 assists. He also knocked in 3 three-pointers on the day. The main contributors came from JT Money and The Olympian, who both combined for 48 points and 14 rebounds. SPL now drops to 3-2 on the season.

Player of the Game: Scipio

Former LA Laker champion Metta World Peace made his VBL debut this past Sunday with his boys Courtside. Although many expected World Peace to dominate the competition, he played the role of a coach more than a player, subbing in for short stints and then allowing his young bucks to continue to try and chip away at the deficit. On the day, World Peace finished with 7 points, 3 rebounds, a steal, and a block. He certainly brought plenty of intensity on the defensive end, often elevating the play of everyone else around him.

Whether the Alpha All-Stars brought their “A” Game against Courtside due to World Peace being present or them just having their best game of the season, they looked PHENOMENAL. The Alpha All Stars were firing on all cylinders, with an extremely robust offensive game and lockdown defense. Mike Jones and Zigg led the charge for the second week in a row, notching Co-MVP honors again and combining for 34 points, 7 rebounds, 7 assists, and 5 steals. They improve to 3-1 and look to be some formidable competition for Brand Black in the future.

Quote of the Day by Thunder Dunker of Courtside: “Damn, it’s a blowout.”

Player of the Game: Zigg and Mike Jones

In quite possibly the most sound basketball competition of the day, IJD pulled off a scathing victory over the NCAA Boyz by 3 points. Aaron Hall proved to be the “difference-maker” for IJD, scoring 14 points, grabbing 8 rebounds, and a couple steals. He also had help from teammates Agent 10 and Baby Panda who combined for 14 points and 7 rebounds. IJD is on a roll now, also improving to 3-1 and appear to be gearing up for the playoffs.

NCAA Boyz drop to 1-3 now and are just flat out struggling. If they want to be successful for the rest of the season, it’s going to require more help from the rest of the team. On Sunday, NCAA was carried by two players alone, Chosen 1 and DOC. Both of them combined for 38 points and 9 rebounds. If they consistently rely on two players, there will be issues later on the offensive end for them.

Player of the Game: Hall

Yahdee aka Archie was the most impressive of the game with 10 points, 7 steals, 4 rebounds, and 4 assists. His lazer-sharp passing and sticky fingers propelled the rest of his teammates’ play and helped them stay the course in this win that improves their record to 2-1.

Frost took the charge for the Mean Ones on Sunday, scoring 23 points and grabbing 10 rebounds, along with 3 steals. The Grinch also had a solid game but couldn’t find the mark from long distance. He attempted 6 threes and missed all of them, even though all of them seemed to be on line. The Mean Ones drop to 1-2 on the season.

Player of the Game: Yahdee (Archie)

In the battle of the deafeateds (going into week 5, both teams haven’t won a game), something had to give. And something did give with Sunblock applying their first win to the standings with a 14-point blowout against the White Collars. This game debuted the first Mani Love appearance of the season and also produced a special guest appearance by the CEO himself, Nick Ansom.

White Collars had a standout statline of the day from Chris Staples with 34 points, 10 rebounds, and 3 steals. Mani Love threw some incredible passes and knocked down some 3’s, trying to help rally his team along with The CEO’s 10 points and 3 rebounds off the bench. Although White Collars didn’t get the win, they have a solid foundation to build off of with the spirited comeback they showed in the waning minutes. White Collars drop to 0-4 while Sunblock improves to 1-3.

Player of the Game: Air Gordon

Checkout some of the action