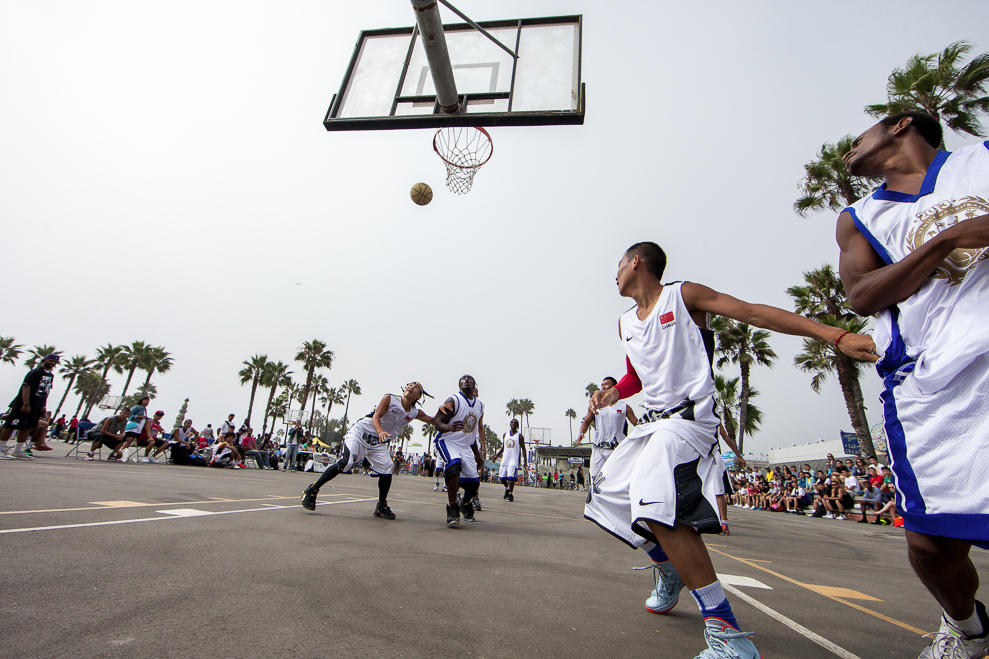 Led by 2013 summer league standout, a star studded cast of athletes forming the aptly named, VBL Galaxy team, proved too much for the competition as they took home the trophy and bragging rights
at this past weekend. This out of the world team included All American Mike Jones from Mayland, Jerry “Assassin” Dupry,  Davie ‘Pop’ Champagnie, the French “frequent flyer” Guy Dupuy and coached by Cory Arnet,
team Galaxy went a perfect 7-0 on their way to the Championship.
Teams got acquainted on Saturday with round robin style friendly match ups.  Teams  Spaceball (Japan), Higher Ground (NYC) and Unprotected Hoops (Oakland) all obtained #1
seeds going 2-0 to start but none were able to reach the final 4.  Unprotected and Spaceball were both upset to start the day by #4 seeds Pro Shot West (Long Beach) and Los Fearless
(Compton) while Higher Ground would fall in the next round to eventual runner up and #2 seed  Shoot The Rock (East LA) coached by VBL Hall of Famer Greg Tuchek.

The team with the biggest following in the tournament was also the one that traveled the furthest.  CL Smooth (China) had perhaps the most disappointing weekend going 0-3 with
difficult losses to Unprotected Hoops, Skid Row and the most painful one coming Sunday to  #1 seed Summer Pro League after leading most of the game.  2 CL players in particular ‘More
Free’ (Wu You) and ‘CC’ (Cheng Chi) stood out as crowd favorites and the Chinese squad as a whole became liked and known for their aggressive defense and fearless style of play.
The other journeymen, team Spaceball Mag from Japan were lead by the strong play of Sogen aka ‘Warrior’ and picked up some American height in big man Shak Johnson and wing Hassan
Stephens who helped them to their impressive 2-0 start.  Both China and Japan developed a friendship with LA natives early in the weekend beginning with a trip to Gladys Park downtown
home of the Skid Row Ambassadors.

Veniceball would like to give a special thanks to everyone who traveled to participate in the event, all of the half time performers including the Venice High School drum line, Meagan
Good, Phoenix Rose, Taj Gibson, Joakim Noah, Flava Dance Crew Nick Name.