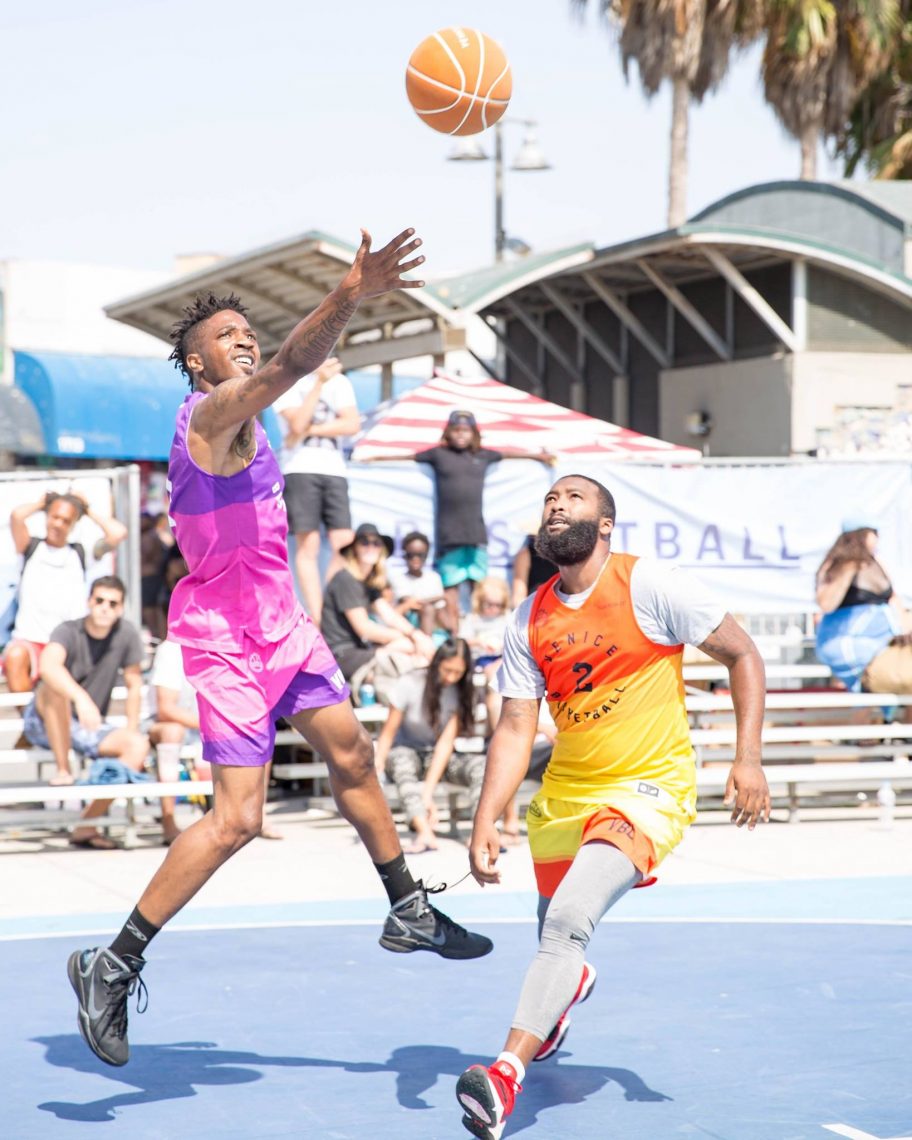 Week 6 was the hottest week yet and we aren’t just talking about the temperature!

The kids learned from an NBA champion this week, our performers where numerous & incredible, and 9 teams were the on the battlecourt!

The KVBL “Church of Hoops” kicked off with a very special guest this week – former Laker Samaki Walker! The world champ took them through rigorous professional level drills to give them as much inspiration as possible.

As always the morning concluded with a 5×5 for the kids to apply their new found skills while Samaki was on the sideline coaching them up.

Up next game 1 was kicked off with the defending champions Los Fearless vs. Undrafted. Undrafted, still trying to get its first win of the season, started off competitively, matching the champs intensity bucket for bucket. As the game went on, #2 Michael for Los Fearless took over earning his player of the game honors. Los Fearless wins it 69-55.
For the Undrafted, we would like to recognize KVBL grad Malik’s great game. Congrats Malik!

Things started heating up as the newly named Empire team took on We Are Chance. Team Chance took their first loss of the season last week and had no intentions of getting another. Empire however had other ideas with Grandpa Dew and Mar-VELLE-ous leading the charge. This game had tons of trash talk going on both sides but Team Chance wound up eating their words. Final score 63-59 in favor of the Empire!

Sunblock reminded us to all layer up as they took the court for game 3 in the 100 degree heat against 1% Percentage. The CEO Nick Ansom aka Jungle boy decided to lace it up today fresh off an ankle injury. Great move as he kicked off the game with 10 straight points. Things started to get chippy from there as Sunblock started feeling the heat… literally and figuratively!  AJ The Chosen One lit them up for 20 in the first half! He finished the game with 36 points, 6 rebounds, and 8 assists to hand Sunblock their first loss of the year! The combo of CEO and Chosen One was just too much.

The Empire strikes back with the first double header game of the season. Clutch Pandas fresh off their first win last week came out surging lead by Young Mouth. The Empire fought the whole game and it came down to one last shot for the win. Grandpa Dew got the in bound pass and shot a runner 3 point shot from the top for the win that went off the back iron. Clutch Panda sealed its second win of the season final score 81-80.

There’s just something special about the final sunset game at VBL; it’s more than the paradisiaque back drop. This game featured Green Lights vs. Pasadena Bodybuilding. This game was back and forth with tons of lead changes! Bama took charge for the Green Lights with White Iverson orchestrating the offense. This double overtime thriller went to Green Lights with the final score being 86-91.

A special thank you to all our supporters, first time viewers, sponsors, and guests. None of this is possible without you. See you Thursday in San Clemente in part of our Summer Beach Tour and of course next Sunday at the Hooper’s Paradise!