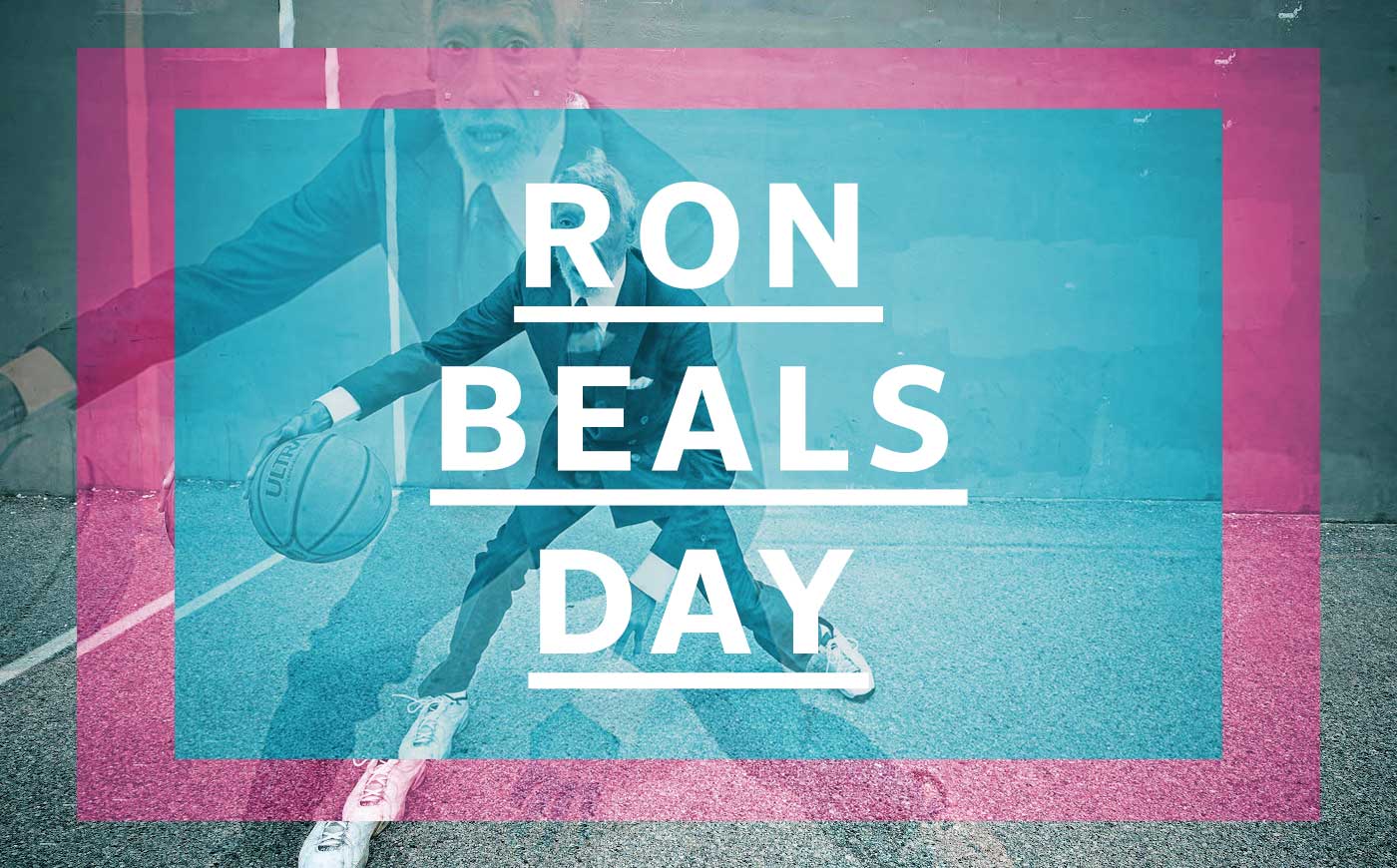 This Sunday, August 13th, VBL will wrap up its 11th summer season with a star-studded day on the court.

Honoring Venice Beach legend Ron Beals who featured in opening scene in “White Men Can’t Jump”, is the inspiration behind this historical day. Beals has contributed 40 plus years of basketball to Venice Beach and even more to the culture of streetball. Beals suffered a stroke 5 years ago and VBL honors his legacy at the end of every summer by bringing him back out in his wheelchair to admire the fruit of his labor.

As usual, Sunday morning kicks off with to host KVBL’s Youth Basketball Clinic at 9:00am.

Throughout the day, Cedric Ceballos, former Laker and NBA dunk champion, will be hosting on the mic and turn-tables.

VBL finishes with the first ever championship sunset game on its new courts at 6:30pm. Following the championchip ceremony, there will be a screening of the legendary White Men Can’t Jump. See below for full schedule.

3:30pm: To the top Presented by Ken Hicks Godfather of streetball

You might recognize this man the White Man can’t Jump movie or from the Converse commercial or if you came by the courts any time in the last 45 years. This man grew up in Chicago and witness the birth of Basketball. He started his career at Loyola University in Chicago 1960,  he was known to be a pure shooter. One game the clock was running down and a man were guarding him and he took a Jump Shot and it went in…The coach called a time out “What are you thinking the son of jumping when you shoot”” I wasn’t” Ron responded and this is how he became one of the pioneers of the jump shot because at the time it was all running shot. Also at the time Dunking was outlawed by the NBA as he called “No Blacks Allowed”. “Nothing But Anglos”. He played against Sweet Water Clifton and Will Chamberlain at NorthWestern University pick up games and they would be dunking all over the place. He recalls when Will was offered a million dollars to play for the Globe Trotters and was probably one of the first Black Millionaire in the history.

Beals was noticed his first year in college after he transferred to Boise what became Boise State and was offered a job by the Harlem Clowns. He played for the Harlem Clowns and Al Pullins. Tour all over the US. They played in bull rings, parking lots, anywhere they could put baskets and charge admission. Ron went on and played for the Chicago Comets would tour and kill every college team. He was a guard, there was no Point Guards at the time. When i asked him what was the best performance he had he responded that he was not interested in individuality and that is was all about the team. In the summer time the outdoor tournaments on 41st in Chicago where mostly college players he said, the players did not have the “what if I get injured mentality”. He says that the 80’s was the Best competition he witnesses in Venice.  Players from The Rockets, The hawks, Michael Cage would come and play regularly. It was a great time when Ken Hicks was hosting his Summer showdown games up to the point when Kobe was injured in the 90’s .

Ron has a degree in photography. He was born vegetarian and never had the desire to eat meat. He would trade his steak for potatoes to his teammates after basketball games so all the guys would make sure to sit next to him.

He speaks with great pride about his sister Jennifer Beals (Flashdance) and his daughter who is featured in the Cirque du Soleil show in Vegas. He has now been living on the beach in Santa Monica for 30 years and rides his bike to Venice Beach every day.