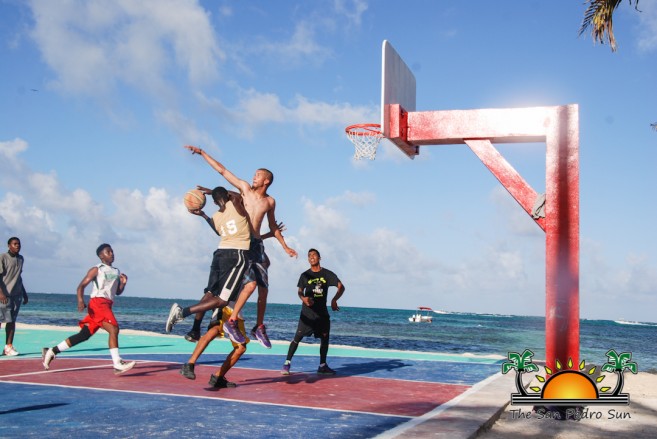 Basketball fanatics on the island will, for the first time ever, experience a one of a kind tournament organized by The Venice Basketball League (VBL). The sporting event is slated for Saturday, July 30th at the Boca Del Rio basketball court and aims to unite all basketball players on the island while teaching new skills in the sport. The all- day event will see music and lots to eat. At the end of the tournament, winning teams will be awarded with trophies.

Founder of VBL Nick Ansom told The San Pedro Sun that he began the league ten years ago at Los Angeles’ Venice Beach in California, USA. According to him, the beginnings of the organization were very humble, giving everyone who loves the sport the opportunity to be part of a loving community. “It began like an organized pick- up game of basketball, and we would play on the outdoors, exposing all that talent that people don’t get the chance to show,” said Ansom.

He is currently on vacation on Ambergris Caye and brought 30 basketballs with the intention to give them away to players who love the sport. However, he never thought he would be spearheading a competition on the island. “Since we created this league, we have done tours all over the world. In addition we also have basketballs for sale and for every one we sell, we give one away. In the last month we sold 30, so I brought back 30 with me to give away,” said Ansom. He stated that the organization follows a structured team agenda and has evolved from its humble starts to be a reputable roster compiled with the highest of standards in ethics and talent.

Prior to the tournament, Ansom along with volunteers, painted the basketball court at Boca Del Rio and they even designed a logo for it. In the centre of the court the words ‘One Love Boca del Rio’ can be seen around a beautifully painted circle. Ansom has been thrilled with the Belizean culture and the cooperation from everyone in making this tournament possible. He commends Councillor Hector ‘Tito’ Alamilla, who was very supportive of his idea and gave him the permission to paint the basketball court.

According to him, after the tournament this weekend, he is looking forward to be able to get Belizean talented basketball players to visit VBL headquarters in the USA. Ansom believes that they are many passionate hoopers on the island and Belize. He looks forward for a Belizean team to participate in the VBL World Games hosted in Los Angeles California USA.