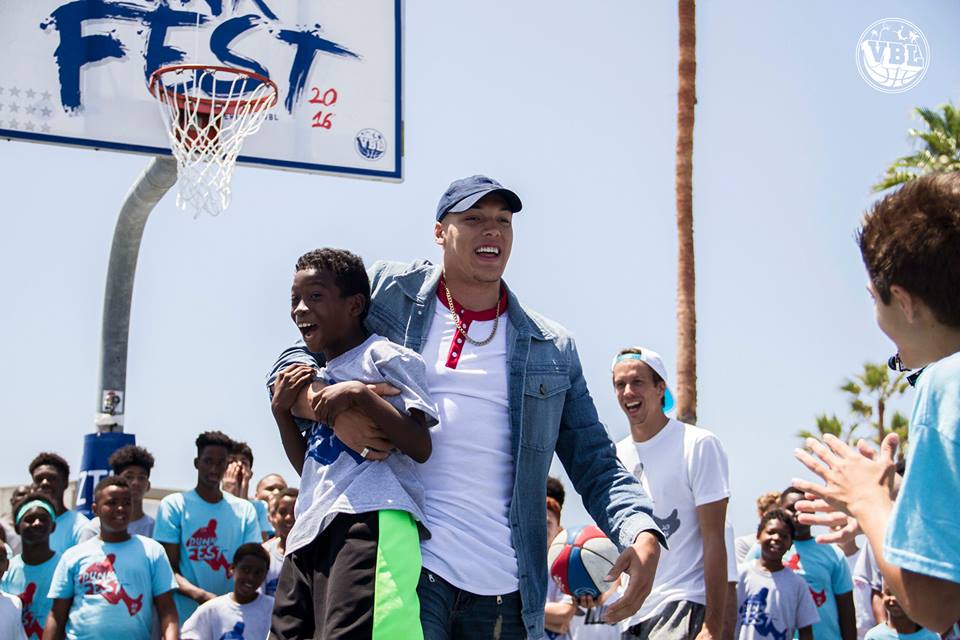 Paul Davis looked sharped right from the tip and kept the pressure on Most Hated Players all game to the tune of 28 points. AJ Harris led Most Hated Players with 15 points, 7 rebounds and 4 assists, but fouled out early in the 4th quarter.

Grandpa Dew took defenders to school with a stunning 20 point 1st half performance. The Agency made a 2nd half comeback led by 22 points from Dontae Burnett. Glen “Big Baby” Davis made his VBL debut and did not disappoint with his 15 points 10 rebounds performance.

Aaron Gordon brought the NBA Slam Dunk Contest back to life this year with his innovation and athleticism, qualifying it as one of the best contests in history.

On Sunday, July 10th in a pre-ESPY event, Aaron Gordon hosted the best dunkers in the world competing for bragging rights and a cash prize in partnership with the Venice Basketball League. This was the first annual “ZTE Presents Aaron Gordon’s Dunk Fest Powered by VBL” at the world famous Venice Beach basketball courts.

With the crowd at capacity, an all-star lineup of dunkers and celebrity judges, AG’s Dunk Fest stage was set to be one of the best dunk contests in the world, and it did not disappoint. Jordan “Flight” Sutherland out of Atlanta, GA stole the show, walking away with the first Dunk Fest title and the prize money ($5,000).

Prior to the Dunk Fest, Metta joined Aaron at center court to lead a prayer and moment of silence in an effort to promote peace and honor those lost and affected by the recent tragedies happening around the country. An emotional and inspiring moment reminded the thousands in attendance that we are all apart of something bigger than ourselves and bigger than basketball.