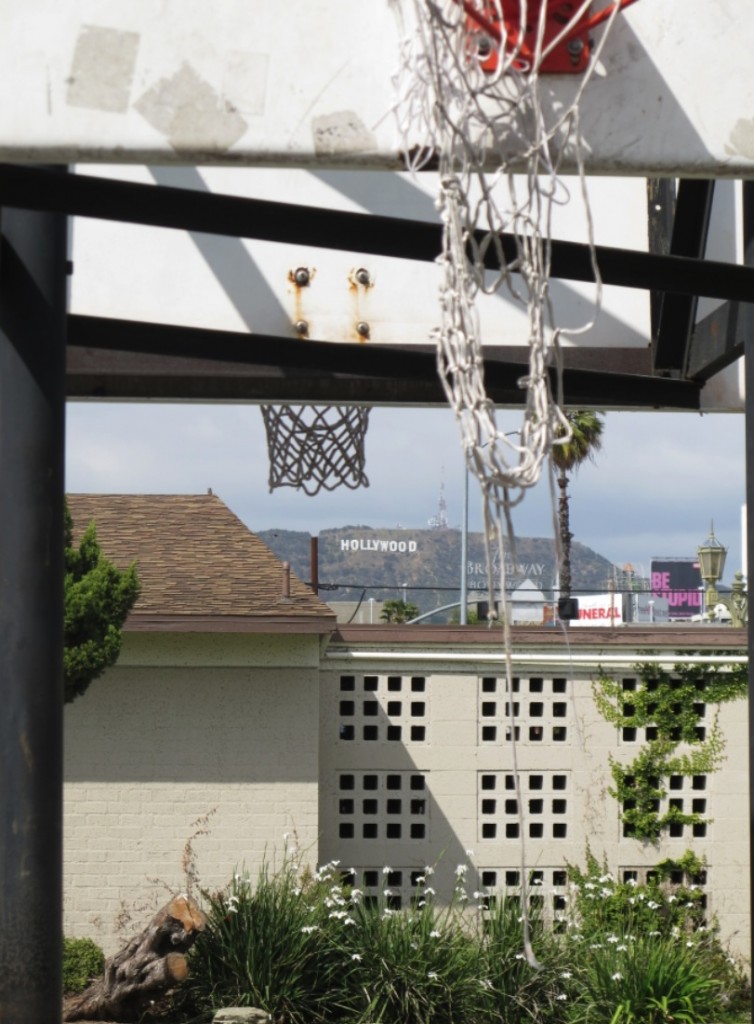 THIS THURSDAY AUGUST 30th 2012 COME AND JOIN US UNDER THE HOLLYWOOD LIGHTS AS THE TOP 4 TEAMS REACH FOR THE STARS!
This park has produced many greats and is a staple for basketball in Los Angeles. The park was built in 1953 and has been kept the same for all these years. This is the original LA streetball court. Hoopers better be ready for some night runs. Lights, camera, action!

Public Relations: Chikako Horii at (310) 383-1538
MEDIA ALERT
For Immediate Release
VeniceBall brings the show to Hollywood for the semi-finals
@ Cahuenga Dome Thursday Aug 30th 2012The Venice Basketball League (VBL) is a high intensity Streetball League and highly entertaining basketball experience. Come and be a witness.
Expect to see fast paste competitive games along with live DJ’s and play by play commentating by “DB The Legend”
The night will feature the top 4 teams in the VBLWHEN:Thursday, August 30th 2012

The Venice Basketball league is celebrating it’s 5th season. We strive to showcase, entertain and inspire.

VBL A place where the game never stops as we take our competition from the beach to the most legendary courts in California. Founded by some of Los Angeles’ primary trendsetters, the VBL brings a cool combination of entertainment-style play from LA’s top players to a structured team agenda. Our league ranges from Professional D-Leaguers and NBA draft picks to solid entertainment players, top entertainers and celebrities to college/ high school MVP’s to street ball’s most skilled tricksters. The VBL has evolved from its humble beginnings in 2007 into a reputable roster compiled with the highest of standards in ethics and talent.
Over the years we have had the privilege of having Pro’s play like Rockets- Juaquin Hawkins, Lakers- Zack Andrews, Clippers- Keith Closs, NFL Donald Penn. Jordan Cameron, Terrel Owens scored 30 points once…
Streetball Legends join The VBL such as The Bone Collector, Sick Wit It, The Assassin, Springs, The Beast, Kenny Dobbs, Young Hollywood, J.Boogie, Hollywizzle, SpinMaster, Rashid Byrd…
Appearences and performances by Lakers- AC Green and Rick Fox, John Salley, Dirt Nasty, Pittsburg Slim…Directors like Martin GuiGui and Nick Goosen, Rappers Thurzday & Eastwood…

The Venice Basketball League consists of 10 selectively casted teams.  VBL hoops combined with the sounds of the best DJ’s bring a combination of entertainment-style play and most physical action with No free throws.  We follow a structured team agenda and evolved from its humble beginnings in 2007 into a “reputable roster compiled with the highest of standards in ethics and talent.”
VBL ranges from Professional D-Leaguers and NBA draft picks to solid entertainment players, top entertainers, and celebrities to college and high school MVP’s and even street ball’s most skilled tricksters
The event will be narrated by the Venice Beach League’s best announcers Mouthpiece & DB who catch every move, mistake and banter, providing a never before seen perspective for spectators and players alike
Every summer, the best basketball players, dancers, rappers, bands and DJ’s showcase their talent on the world famous courts of Venice, interacting with a diverse audience to create the liveliest, unscripted event ever. If you were to miss it, the VBL camera crew is here to capture it all, and highlights will soon be featured all over the web as well as on a local TV network… stay tuned!
In 2008 KVBL was created a FREE camp prior all VBL events, where kids could discover and pratice new ways of living. Known as The Natural Leaders camp, it continues to give our kids a strong foundation, not only in basketball skills, surfing and broadly based health and fitness, but also global awareness and responsibility.

Using basketball as a catalyst to create a safe environment for youth around the globe, promoting healthy diets, exercise, leadership and sustainable living.