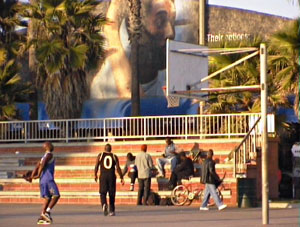 The canals in Venice, CA

Venice, originally called Venice of America, was advertised as a Mediterranean get away to Americans living in the middle of the country. Between 1900 and 1925 there was a rush to Los Angeles sparked by a desire for real-estate and oil drilling. Most of the migrants were Mid-Western babbitry leaving behind the dearth of the dust bowl for what seemed like an American Riviera. This rush gave Los Angeles widespread recognition in much the same way that the Gold Rush gave San Francisco international recognition. However, rather than traversing the sea as most migrants did to reach San Francisco, migrants to Los Angeles traversed the American desert.

It is interesting to note that one of the first large groups to immigrate to Los Angeles came from the Mid-West. Although it has been nearly a hundred years since this time, the persistence of Mid-Western values can be seen in many different facets of the city. 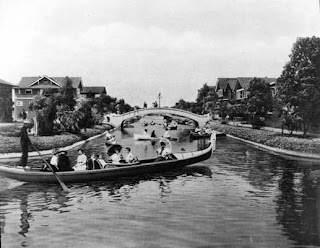 In addition to canals, Venice also had amusement parks, large swimming holes, skating rinks, and Venice Beach. For these reasons, Venice became known as The Coney Island of the Pacific.

Venice owes both its success and failing to the rush for real-estate and oil-drilling. Originally designed as a resort town, Venice became overpopulated and overrun with oil drills in 1925, causing its water and sewage systems to over-exhaust and its remaining waterways to clog. By the 1950s, Los Angeles had neglected Venice for so long that it become known as the “Slum by the Sea.” 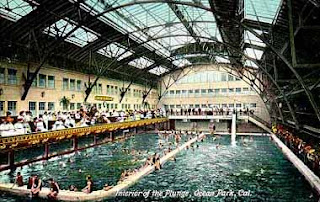 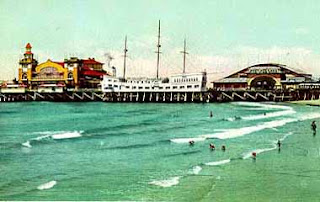 View of Abbot Kinney Pier in 1907 with Auditorium, Ship Cafe, and Dance Hall 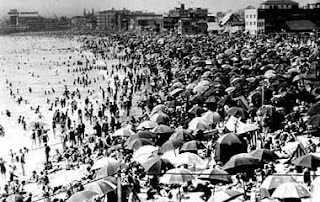 Venice Beach on a Sunday afternoon in 1926