On Sunday, August 28th, Venice Beach legend, Ron Beals, was honored and celebrated at Veniceball’s thrilling 10 year anniversary event at the famous Venice Beach courts. It was all fun and smiles with hoopers and tourists from nine in the morning until the sun went down.

The event kicked off with Lakers shooting guard Nick “Swaggy P” Young, who was the special guest coach of the Kids VBL. The kids went through a series of drills then matched up in some 1 on 1 and 5 on 5 action and Nick took no mercy on the kids by dunking and blocking any shots he could. 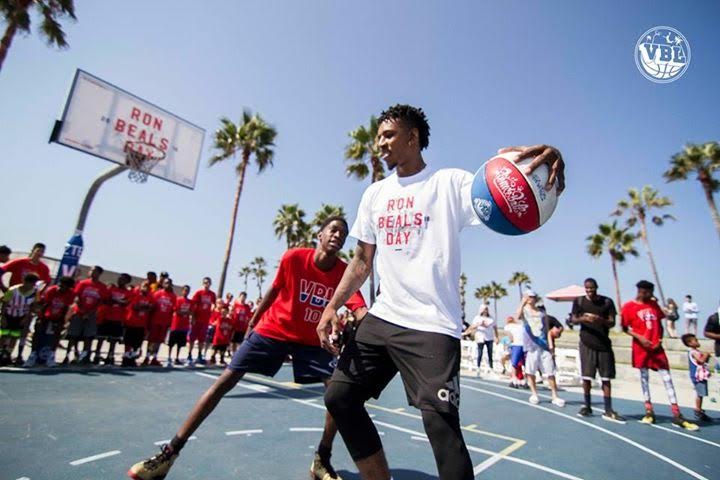 Just before noon, VBL paid respects to its forefathers with The Battle of the Legends. Ranging in age from 50 to 73, each player was a legend in their own right (Carl Fields, Gary Stephens, and more ). 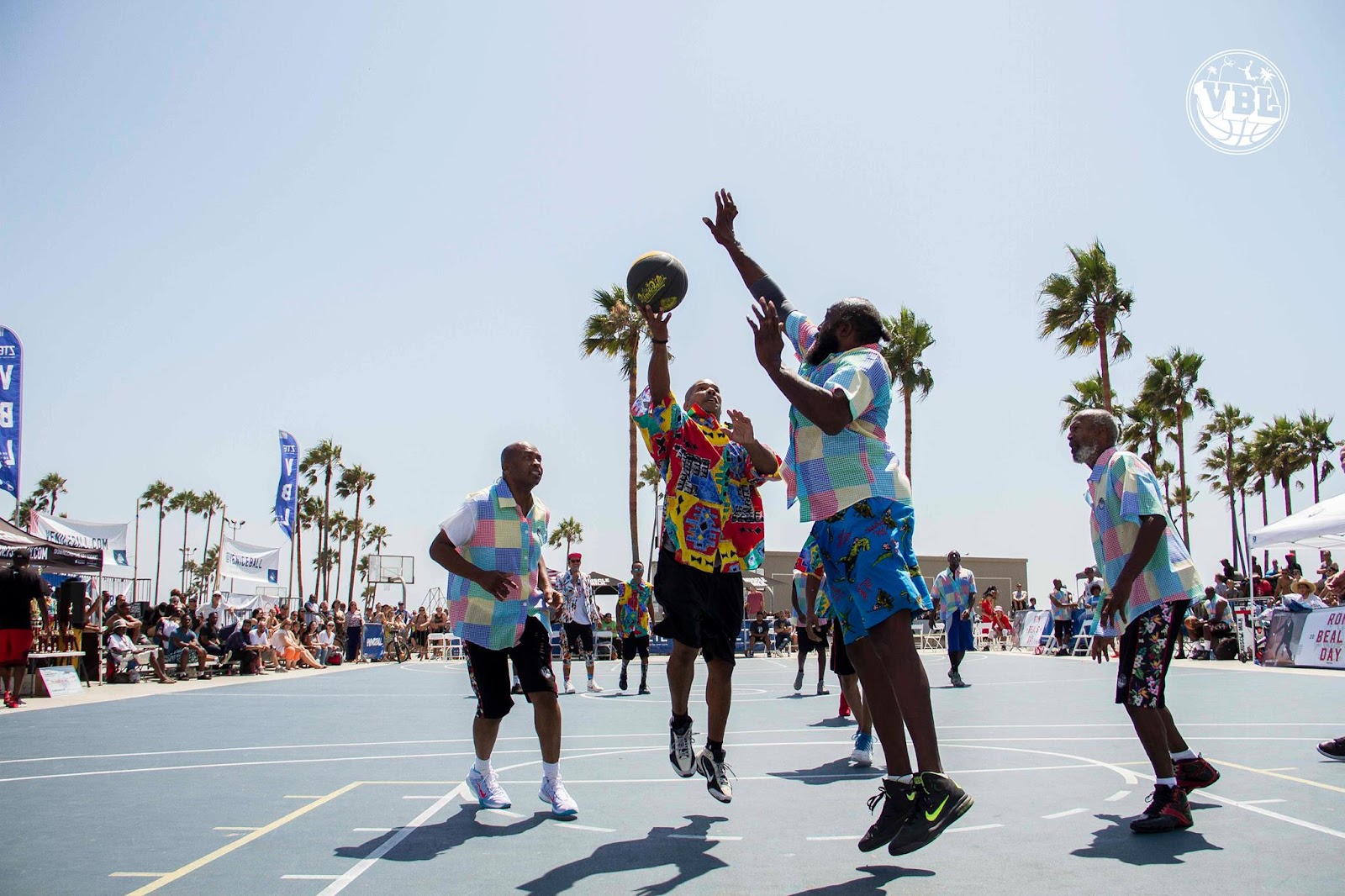 The afternoon featured NBA impersonator B Dot and Famous Los, who hosted and played in VBL’s Bikini Game where two MVP’s split $500.

With A special performance by Rappin 4Tay and Compton AV the stage was on Fire!! 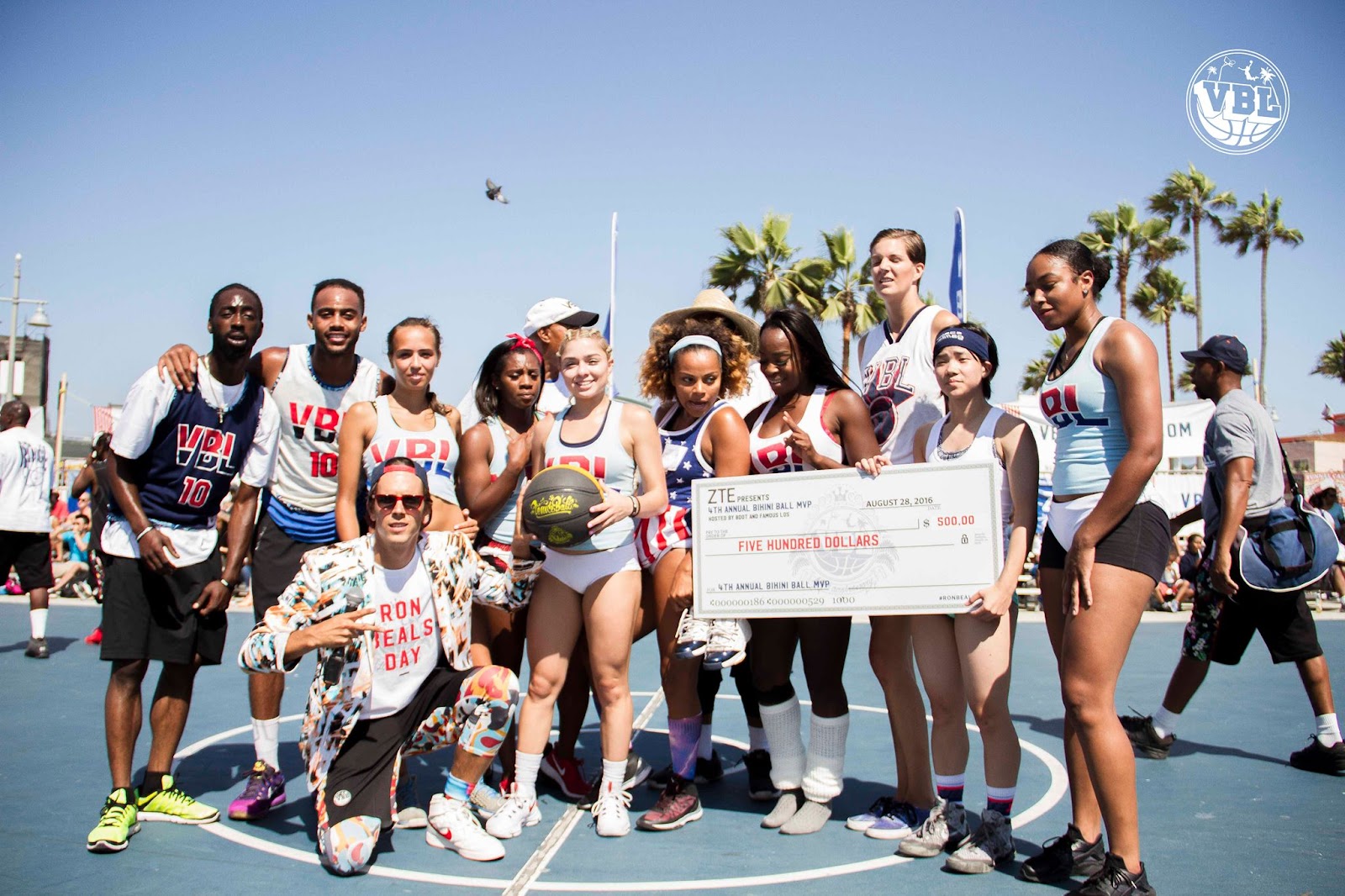 China made yet another All Star team as Bloomage One (Beijing) battled VBL 2016 All Stars. Not much of a competition as Bloomage One continued to get dunked on left and right!

For the main event, The Brandblack All-Stars with their blood-red shoes took the court to face off against returning champs Hall of Fame.. This was the third consecutive time these teams faced off in the finals. Brandblack hadn’t lost a game this season, steamrolling through all competition with their physical style of play. Hall of Fame was confident with their credentials. 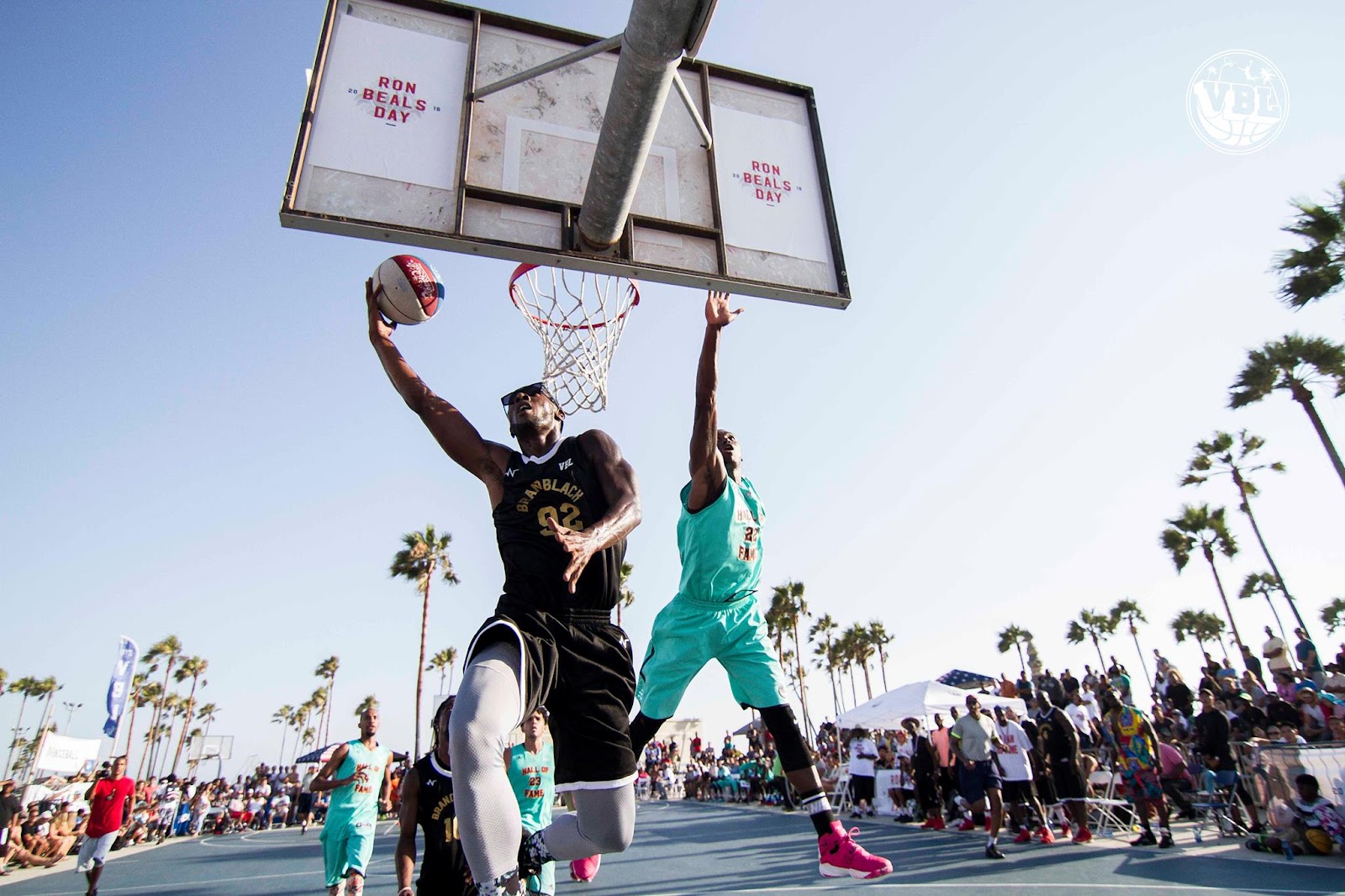 A giant trophy was placed in the middle of the court before tip off, reminding the players what was at stake. When the game began, it was as physical as expected. Elbows were thrown, hips were checked and it seemed like the refs swallowed the whistle. It was streetball defined. Brandblack started the first half strong and built a lead out of fast breaks and bully-ball in the paint. Perhaps they had a little too much confidence as Hall of Fame cut the lead right before the end of the half. Brandblack’s athleticism and size rolled Hall of Fame over. In the end, Brandblack was crowned VBL 2016 champions and Tristan ”King Hustle” won his third MVP in a row. 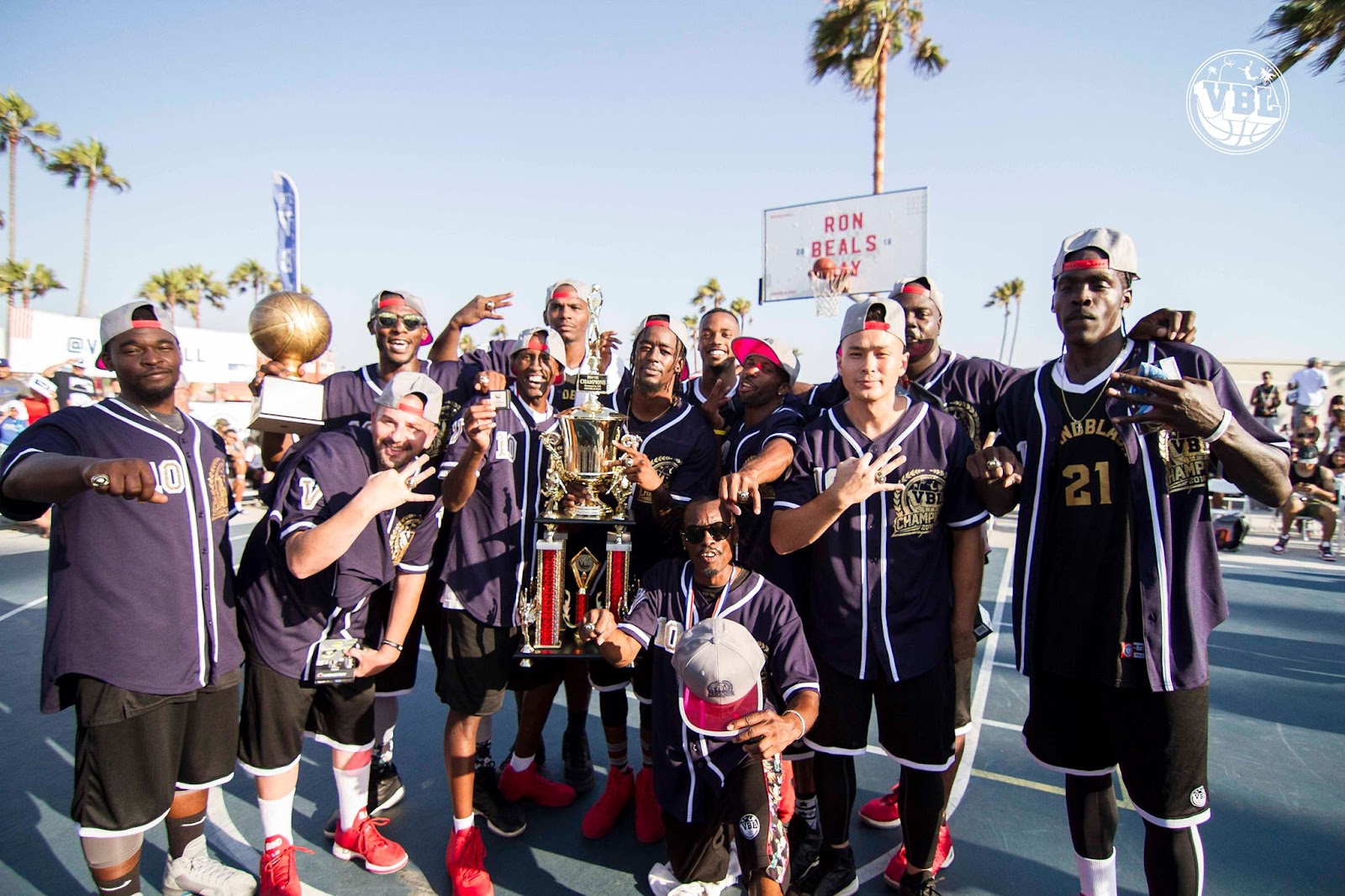 It wouldn’t be a complete day at Venice without the prestigious VBL dunk contest presented by ZTE. With the crowd at capacity, an all-star lineup of dunkers and celebrity judges, Ron Beals Day dunk contest stage was set to be one of the best dunk contests of the summer, and it did not disappoint. Click here for Highlights 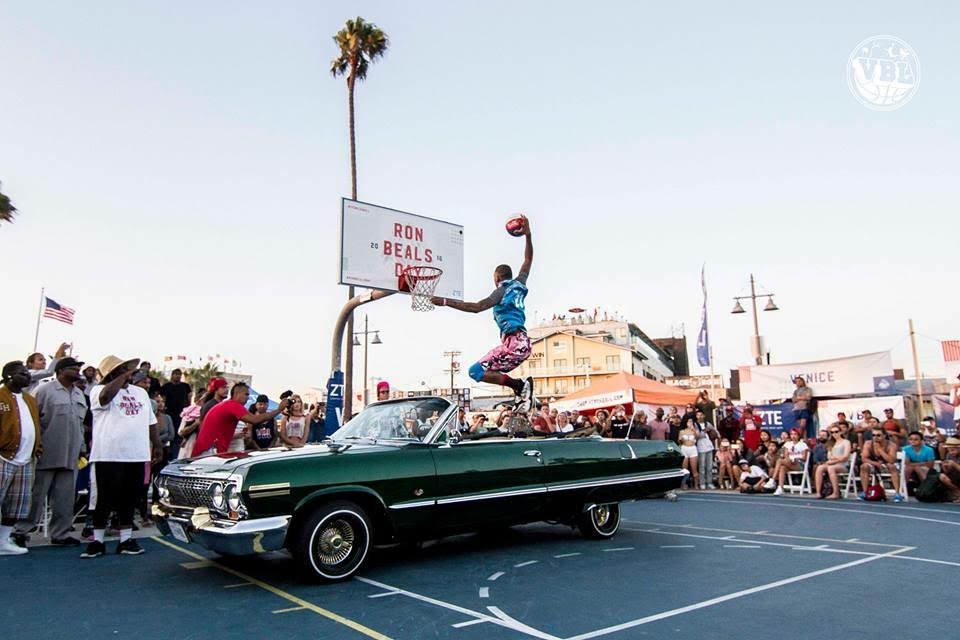 Oh What a Day!! All Smiles and Fun on Ron Beals Day.. Everyone is a winner!!