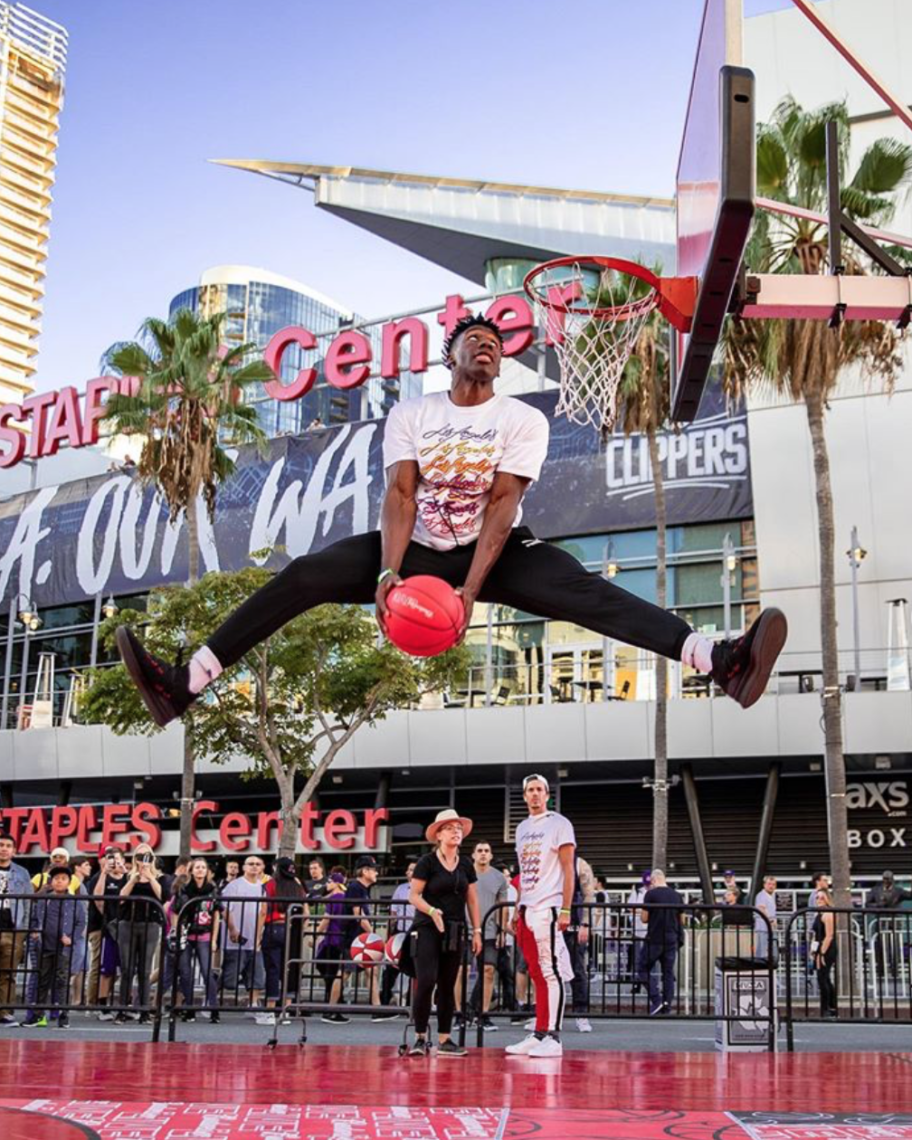 For Opening Night of the NBA season, we teamed up with Budweiser and LA Live to kick off the battle of LA in the streets. The Lakers and Clippers faced off in the Staples Center but the real show was outside. First, we built the hype with fans participating in a 3 point shoot out announced by the best MC in the game, Mouthpiece. Then the  Beach Famous Venice Ballers and World Class Dunkers took the stage and lit it up with an epic dunk show. Andrew McFly started it off with his first ever double up over two people, Bionic Brooks threw down some signature power windmills,Oliver Twist hit eye level and Elijah Bonds shut it down with a hand off eastbay and a dunk off the spinning bottle. You had to see it to believe it! Budweiser kept the drinks flowing and the vibes were at an all time high going into the Clippers big win over the hometown favorite Lakers. Check out our page to cop the exclusive LA Live Short Sleeve T Shirts !