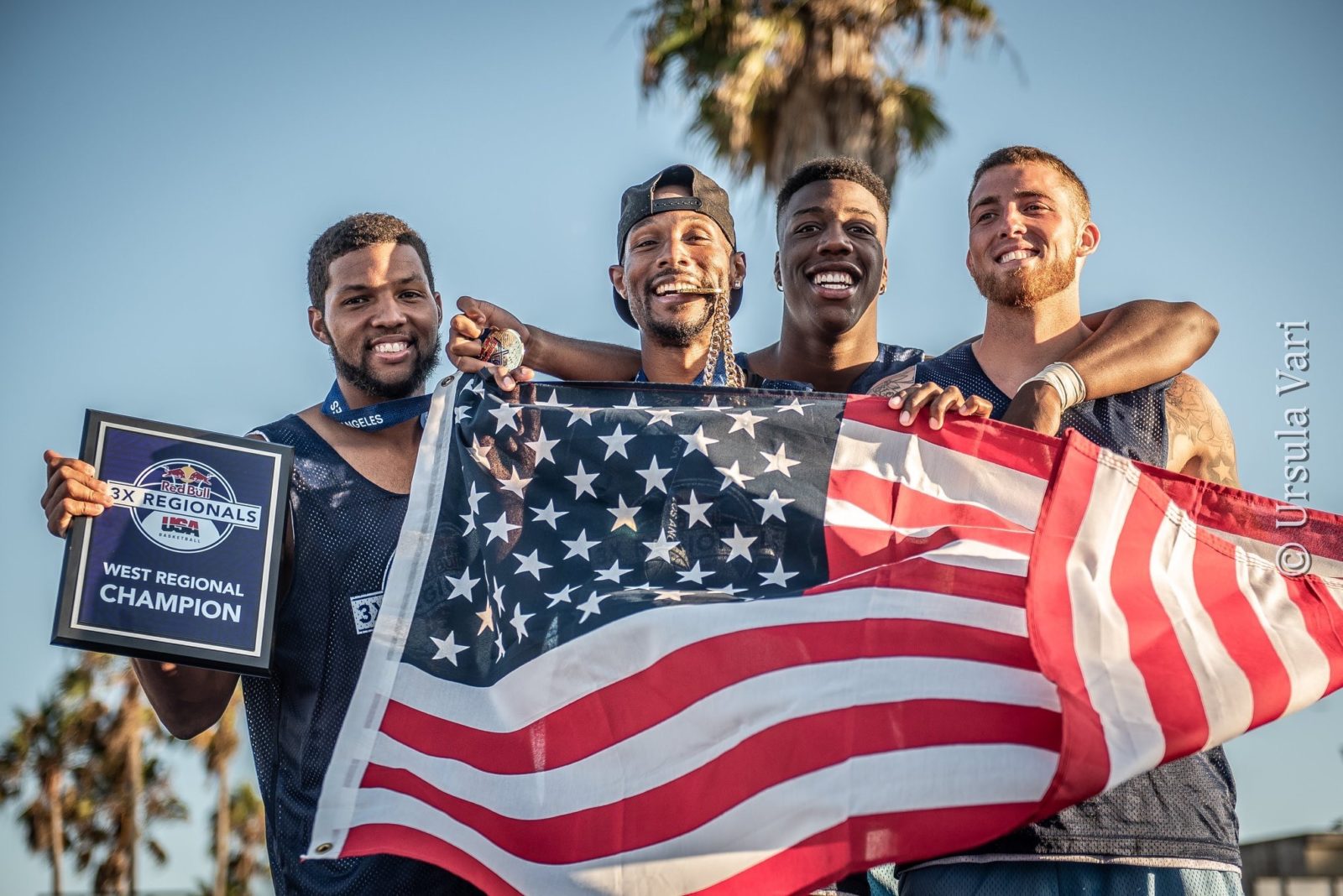 Red Bull 3X pulled up at the beach on Saturday, September 28th-29th

This past weekend, the VBL teamed up with Red Bull and took over the courts at the beach for a legendary 3×3 tournament. Pressure was at its highest for this one game elimination format.

Thousands of people from all around the world landed in Venice to witness the show. The ladies opened it in the morning at 9:30. All the teams were going at it to get back home with the victory. After the qualification round, it was time for the final four where our “Queen of the court” a.k.a @mjiceyy knocked down one of the craziest shots to send her team to the finals. Unfortunately, the rain felt free to join the party at the end of this game, so we had to leave the beach courts for the finals.

A problem came up, time for a solution. The show went on bigger and better at the indoor gym in Oakwood 30 minutes later and the home team of ladies won it all. Congratulations @mjiceyy, @mmb_nae, @shortys_inked and @e2smoove!

The rain stopped and a shining bright sun came back for the gentlemen to start battling. There was some high-level competition throughout the entire afternoon and a lot of celebrities and influencers showed up. We were blessed with some special appearances such as NBA legend Chris Mullin, or Lou Williams. Saturday was the qualifier for the regionals (Sunday). Teams from all around the country came to take the w, but both of the local VBL teams made it to the finals. It was a close one but Chris Staples’ teams came out on top and got the victory, 20-18. Congratulations to @vgirard24, @thatguy.ju, @ryannitz_ihoop and @everybody_hatechriss.

The show wasn’t over, since one of the biggest dunk shows of all time was just about to begin. 10 of the best dunkers in the world were split in two teams: Team Staples and Team Reemix. Three rounds: Windmills, 360s and Alley oops. The crowd was loving it and called Team Staples the winning team.

Dunk show being over, the celebrity game wrapped up the day. Social Media influencers showed up and ended this day on the best note possible. Fun, good vibes and basketball.