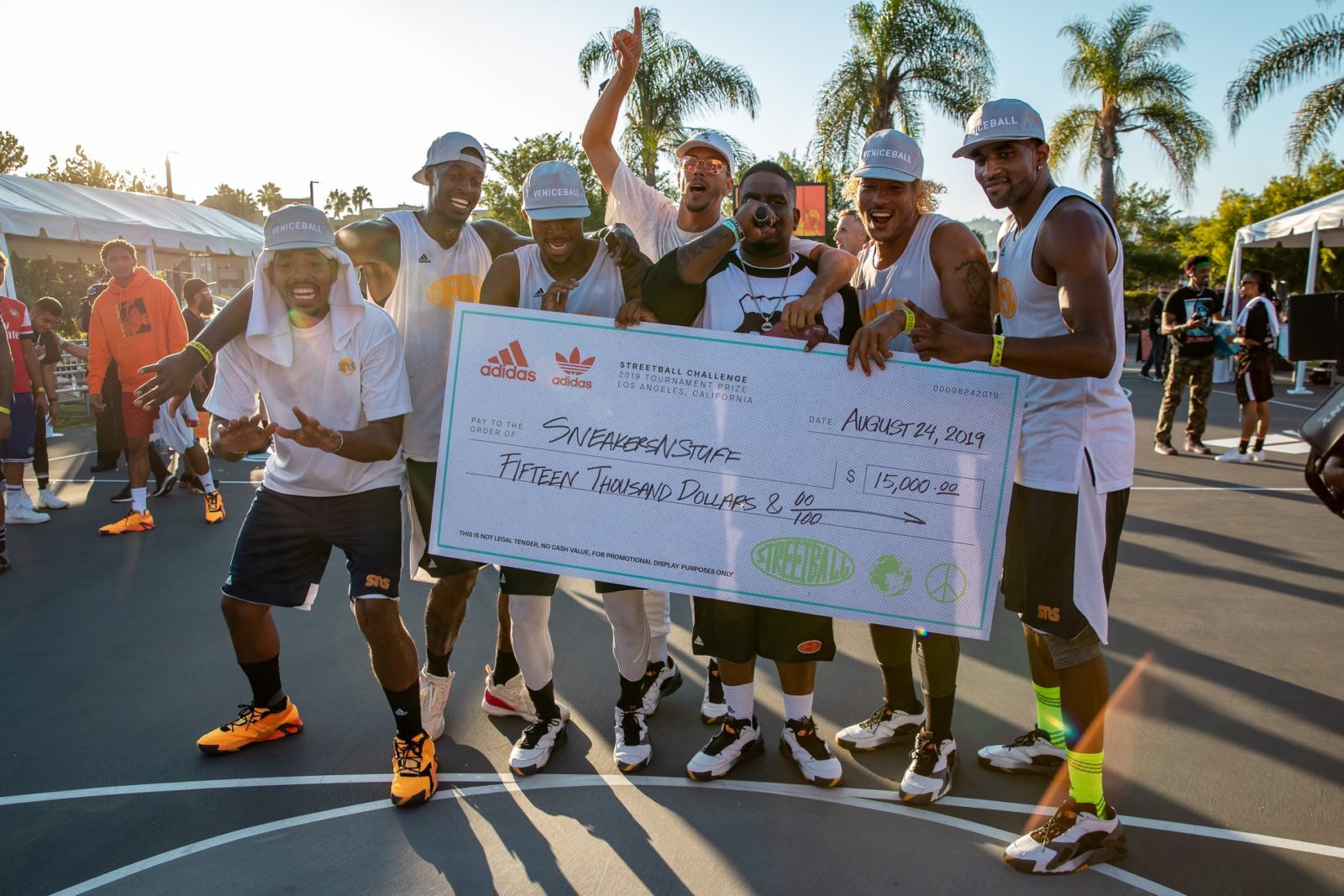 On Aug. 24th Pan Pacific Park was home to the Adidas Street Ball Challenge, a 3 on 3 tournament where hopeful streetballers hell-bent on taking home the glory and the $15k cash prize, dared the blazing sun. After the kick-off qualifier game on August 18th sixteen teams advanced to the official competition. The tournament also re-introduced the community to Adidas’s cult favorite outdoor basketball sneaker, “Streetball”. Adidas rolled out their Streetball line and the company was beyond generous with their free swag- Streetball sneakers, hoodies and tshirts. The audience was left satiated not only by the incredible play but the stylish gifts.

The tournament’s favorites were Flyght, Bodega and Sneakersnstuff, three teams comprised of player’s from Venice Beach’s own league, Veniceball that was founded some years ago, by Nick Ansom, a streetballer from Paris. Sneakersnstuff was undefeated through the whole tournament and they strongly, yet humbly marched into the championship facing Bodega for the second time during the day.

The game was fierce and the two teams were evenly matched, though team Bodega showed some signs of fatigue as they played another game 20 minutes prior to the championship final. They also lost one of their key players “Bama” Jarrel Tate due to an ankle injury but Zach Andrews, “BodySnatcher” Vince Camper and Ryan Nitz have no reason for the blues. They were true warriors till the end even after the game went into overtime.

In the end it was SneakersnStuff who took the trophy. What set them aside from the rest of the teams was their pre-game prep, their sustained focus through the tournament and the unifying prayer before every game. In-between games the team comprised of “Evolution” Deshawn Stephens, Arron Perez, Adam Stanford and Buddha Boyd would stay together in the far corner of the park, away from the crowd and chatter. On the grass and in the shade.

Focused, “locked-in” as Coach Bobby Chamberlain calls it. A lot of praise goes to Chamberlain, who did it again, just like he did when preparing the VBL team a few weeks back for the King of Kings Basketball Challenge in China where he and the team won the $150k prize. It was no different here. In the end, SneakersnStuff won the $15K and it all shows how unity and focus makes it and wins it.