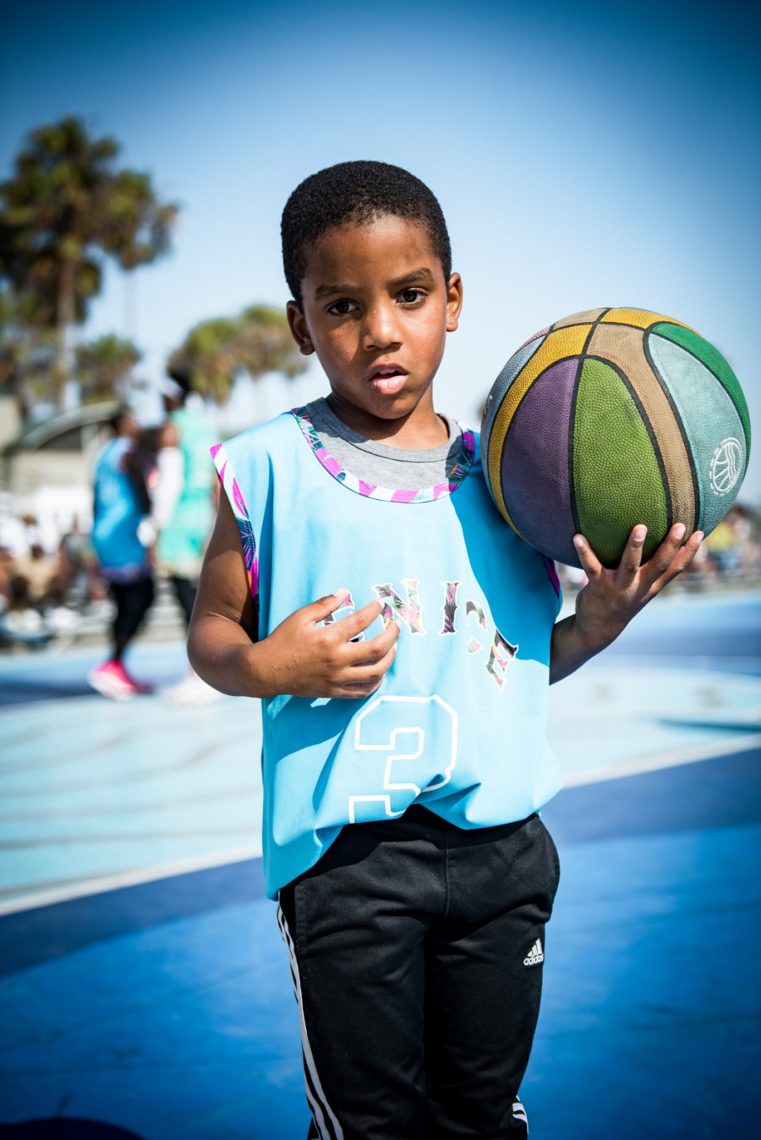 The VBL hit the road early Sunday morning after finishing the pool party with Budweiser Live at the MGM Grand Casino to head back to Hooper’s Paradise at Venice Beach. The atmosphere was electric as each team turned things up another notch as they headed towards the playoffs.

Los Fearless used their size to abuse Papa & Barkley inside the paint and took an early command in the game. Big man Ozi “Motherland” Menakaya dominated down below giving his team numerous second chance opportunities. Los Fearless’ length and aggressiveness helped them take a 34-25 lead into halftime over Papa & Barkley.

Papa & Barkley shifted momentum and came out running and gunning in the second half. Ramez “Meezy” Michail steered the way for the comeback with 17 points. Their comeback attempt fell short in the closing seconds because they couldn’t keep “Motherland” off the boards. Motherland finished with 20 points and 11 rebounds and Player of the Game honors.

Los Fearless now looks to remain one of the top teams in the league with a 4-1 record  heading into week 7. Papa & Barkley record falls to 2-3.

Born X Raised/Beach Boys made a statement Sunday with a 78-71 victory over the Dom Pen Green Lights.

Playing a little short-handed, missing their stars White Iverson and last year’s MVP Bama, the Green lights still came out fighting.Their draft pick Angel got off to a hot start and helped The Green Lights take a 42-38 lead into the halftime break.

In the second half, the dynamic duo of Nick “Young Mouth” Hynes and Emmanuel “Manny” Brown appeared to be too much for the Green Lights. Young Mouth’s ability to create shots for himself and Manny’s uncanny ability to be in the right place at the right time helped the Beach Boys take control of the second half. Young Mouth finished the game with 23 points and Player of the Game. Emmanuel “Manny” Brown finished with 23 points and 10 rebounds.

Both squads are now 3-2 as they look forward to week 7.

Futuremood must be trying to make a late push right before playoffs as they won their second game in a row after defeating Bristol Studio 76-70.

In a hard fought competition between two teams looking to get their second win, the first half was highly competitive. Both squads battled back and forth with neither team giving the edge. Futuremood held a two point advantage 36-34 at halftime thanks to Player of the Week Kenny Barnes.

Futuremood’s record is now 2-3 and Bristol Studios falls to 1-4.

Ballers Anonymous, more than desperate to get their first win, still didn’t have any luck against Fairplay losing 78-73.

Ballers Anonymous displayed some serious heart. They had only had 5 players suit up but they didn’t let that deter them. Chris Staples and company did all that they could do to keep the game close and not let it get out of control in the first half. Fairplay, not feeling sorry for anyone, came out aggressive – pushing the tempo and took a 39-30 lead into halftime.

Jamelle “JT Money” Tolliver and Fairplay didn’t let up in the second half. Whenever Ballers Anonymous appeared to make a push, JT Money stepped up to swing momentum back in their favor. Ballers Anonymous competed hard throughout the second half and even tied the game up towards the end but ultimately fell short due to the lack of fire power. Player of the Game JT Money scored 26 points and grabbed 6 boards to help Fairplay get their second consecutive win.

Fairplay’s record now stands at 3-2 as we head into week 7 and Ballers Anonymous falls to a disappointing 0-6.

“Norf Kakalaki” danced around and through defenders making plays for not only himself but his teammates as well. His infectious play helped Shadow Hill maintain their lead despite the hot start from Nico and Project Backboard. Shadow Hill led 40-34 at halftime.

Nico continued his onslaught in the second half. He tallied a total of 34 points and kept Project Backboard within striking distance. “Norf Kakalaki” finished the game with 25 points, 10 assists, and most importantly the victory. He has been named Player of the Game 4 times this season.

Shadow Hill’s record is now 4-1 and Project Backboard falls to 2-3 headed into week 7.

Next week is a triple header with games being played Friday, Saturday, and Sunday as teams battle for playoff position. Stay tuned to the @veniceball instagrams to stay updated with the latest news