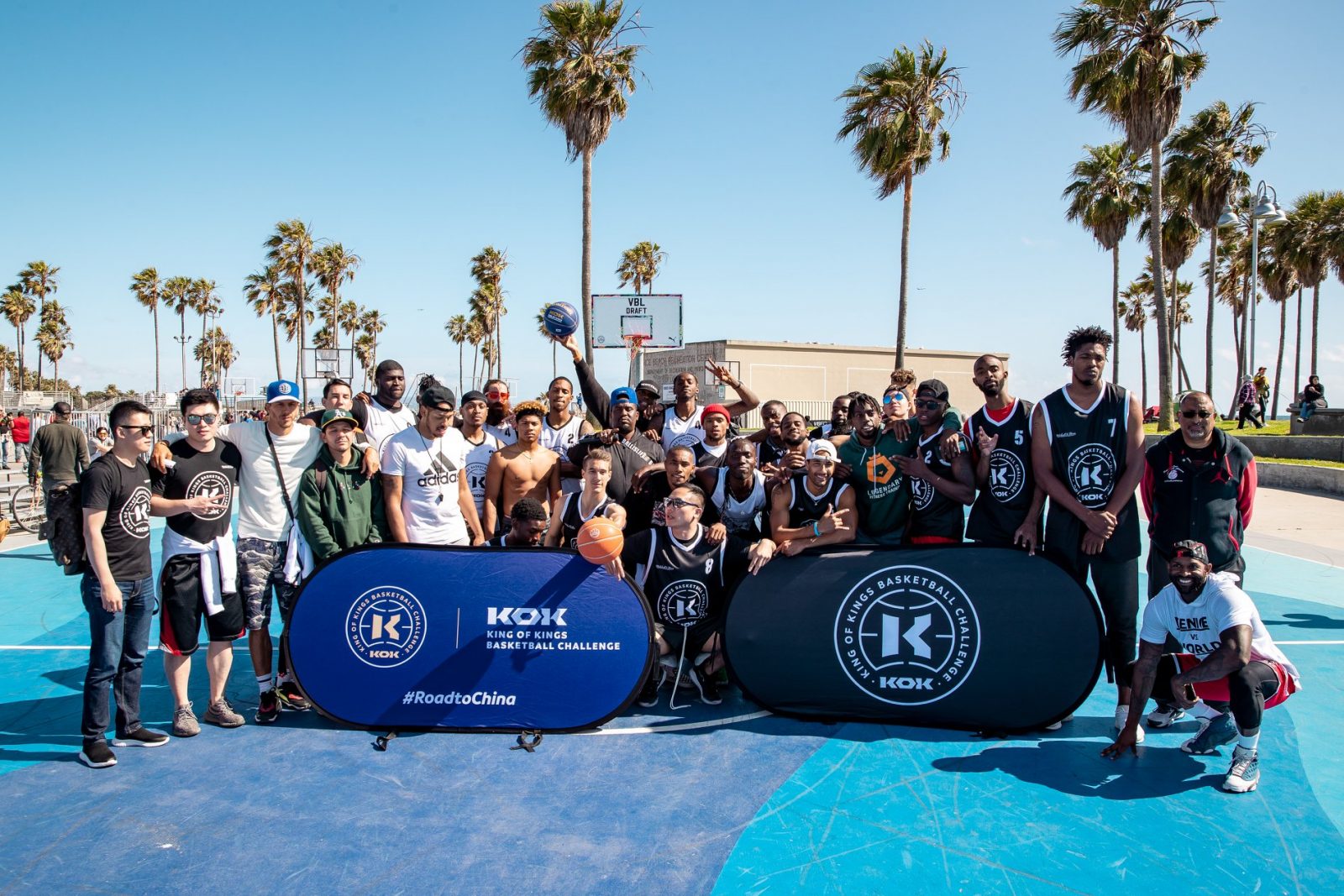 The KOK China Tour showcase went down at the Courts right after the draft. We wanted to give new players a chance to play on the biggest stage and tournament in China, King of Kings!

Last season the VBL defended their championship trophy at Jump10 and has now been renamed KOK.

We are looking forward to return to China with the goal of bringing back home the world champion title and $200,000!

The Round robin at the beach consisted of 2 king of the court games: Guards and Big Men. The Finals show down featured Marcus “Devourer” Fudge and “Pony Tail” Nick where Nick won the game with consistent mid-range jumpers. Pretty smart strategy to avoid getting devoured if you ask me. This event featured the top VBL athletes but these two hoopers stole the show as they made their way even closer to a spot on the VBL Dream Team.