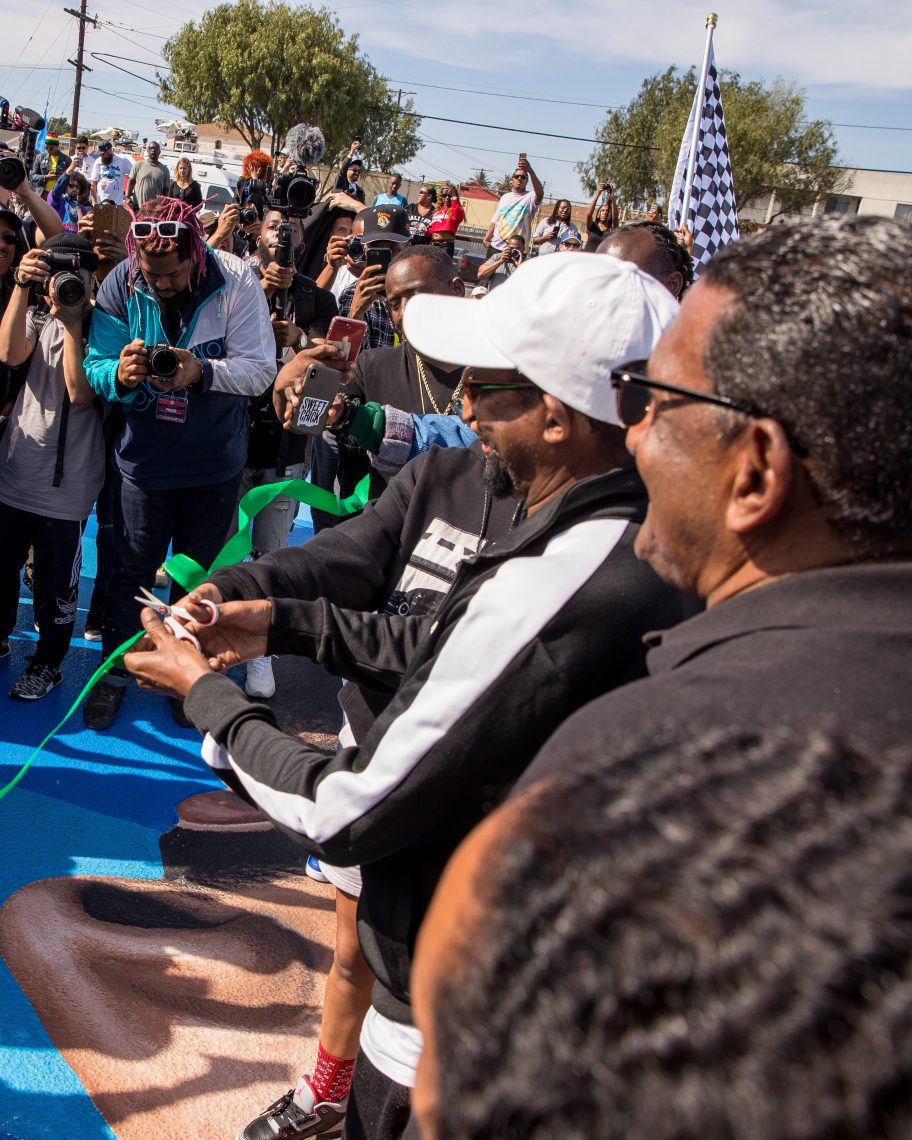 With the world still reeling from the untimely passing of Ermias Asghedom, also known as Nipsey Hussle, Veniceball, the creative agency behind the Venice Beach League, in conjunction with Project Backboard, a non-profit that creates basketball courts all over the world, payed tribute to the rapper and activist by refurbishing the Crete Academy basketball court in Asghedom’s neighborhood of Crenshaw.

Crete Academy is a non-profit charter school that is focused on helping disadvantaged youth and kids. It is located in the heart of Nipsey’s neighborhood about a block away from the intersection of Crenshaw and Slauson, which the Los Angeles City Council recently voted to rename Nipsey Hussle Square in honor of the slain artist.

Upon his arrival to scout the court, Nick Ansom, Veniceball’s CEO, was shocked to discover that the rims were off by about a-foot-and-a-half from the regulation height of ten feet. He knew at that moment that this was the perfect place to continue Nipsey’s “Marathon.” The late activist’s “Marathon” or mission was a relentless attempt to develop and inspire his community.

Ansom enlisted the talented muralist Gustavo Zermeno and proceeded to guide the project, which has since taken the Internet by storm. At the center of the court sits a solemn image of Nipsey — an image that perfectly captures his essence — surrounded by waves of blue. The Veniceball community rallied around this project, as team members — myself included — volunteered to help with the process.

The unveiling was a true celebration of his life, as Nipsey’s music played throughout the day. After the ceremonial ribbon cutting by the Asghedom family, a basketball game took place with notable figures such as Nipsey’s longtime friend and business partner Cowboy, Nipsey’s protégé Marquis Trill, Trinidad James, and Terrell Owens. With Nipsey’s immediate family seated courtside, hoopers participated in a spirited game which for a few moments took the community’s mind off the tragedy of his death.

The event continued with food, giveaways, dunks, and a chance to check out the gorgeous car collection parked alongside the court.

As the sun set on an incredible day, it became abundantly clear that Nipsey Hussle’s presence will forever illuminate the town of Crenshaw.

The Marathon Continues, my friends.