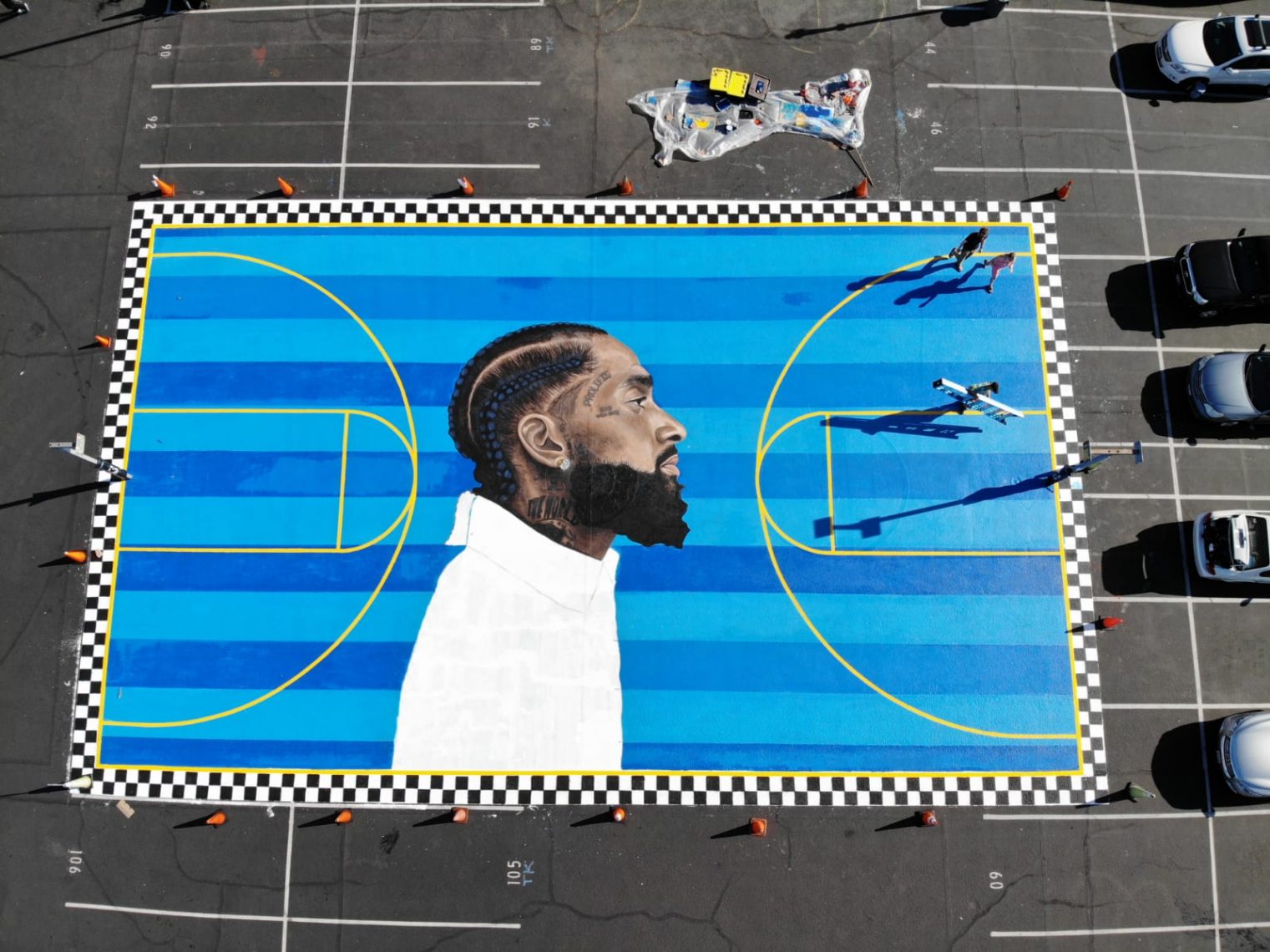 For tickets and more information click the link: https://www.eventbrite.com/e/nipsey-hussle-memorial-basketball-court-tickets-60103874306

April 14, 2019, Los Angeles, CA – Veniceball and Crete Academy are hosting a celebration of life through the creation of Ermias “Nipsey Hussle” Asghedom Memorial Basketball Court in South Los Angeles, CA. Home of the legend, the court is located off Crenshaw and Slauson painted at Crete Academy, (K-7) school which directly provides solutions for homeless youth in the South LA. The organization will host an all day community event on April 14th, 2019 to honor his legacy of elevating each other as we rise together.

The organization will host the celebration, featuring celebrity appearances and performances. Programming will include a Venice Basketball League (VBL) celebrity all-star showdown, VBL dunk contest, KVBL youth basketball clinic, and a series of pick up games with the community.

Veniceball believes celebrating “Nipsey” means continuing to empowering people from his community with the message of true freedom through education and strategic community efforts to unite Los Angeles. The organization has been granted permission from the Asghedom family to commemorate his life through the shared love of community and basketball as Nipsey frequently renovated courts.

The mural design was inspired by the late artists quote “the highest human act is to inspire”, as Ermias Asghedom has been painted in saint like form by native LA muralist, Gustavo Zermaño and other volunteers, including rapper Trinidad James and more.

Veniceball runs the VBL, a summer basketball league with home court taking place at Venice Beach. Through its relationship with Project Backboard, for which Ansom also serves as a director, Veniceball has renovated over ten courts around the world and donated over thousands of basketballs as part of a grassroots initiative to bring communities together through the love of basketball. Recently, the league opened a court in Watts, providing an “oasis” to the community alongside partnerships with local food initiatives to promote healthy eating. Around the world, from Paris to the Philippines, the VBL regularly hosts tournaments, toy drives, yoga and nutrition classes, often visiting communities like Skid Row as they bring entertainment, clothes and meals.

The celebration will commence at 12pm Saturday, April 14th at 6103 Crenshaw Blvd, Los Angeles, CA 90043. There will be food, music and giveaways.

The VBL was born in 2006 as a community tournament on the legendary courts of Venice Beach, the VBL has become a global force for basketball culture. Through cultivated relationships around the globe, VBL brings together the world with one love, basketball. As a company mission, Veniceball serves to weave a common thread through all its work, “build, compete, and elevate.”

Crete Academy was founded by a group of individuals passionate about creating opportunities for children living in poverty. The vision for the school developed from the Founder’s life-changing experience on Skid Row, thirteen years ago. The vision of a school that serves underserved children in impoverished communities emerged from that experience, as 30% of the school is homeless currently in transition. The Founder, along with many other passionate individuals developed the Crete model growing today.