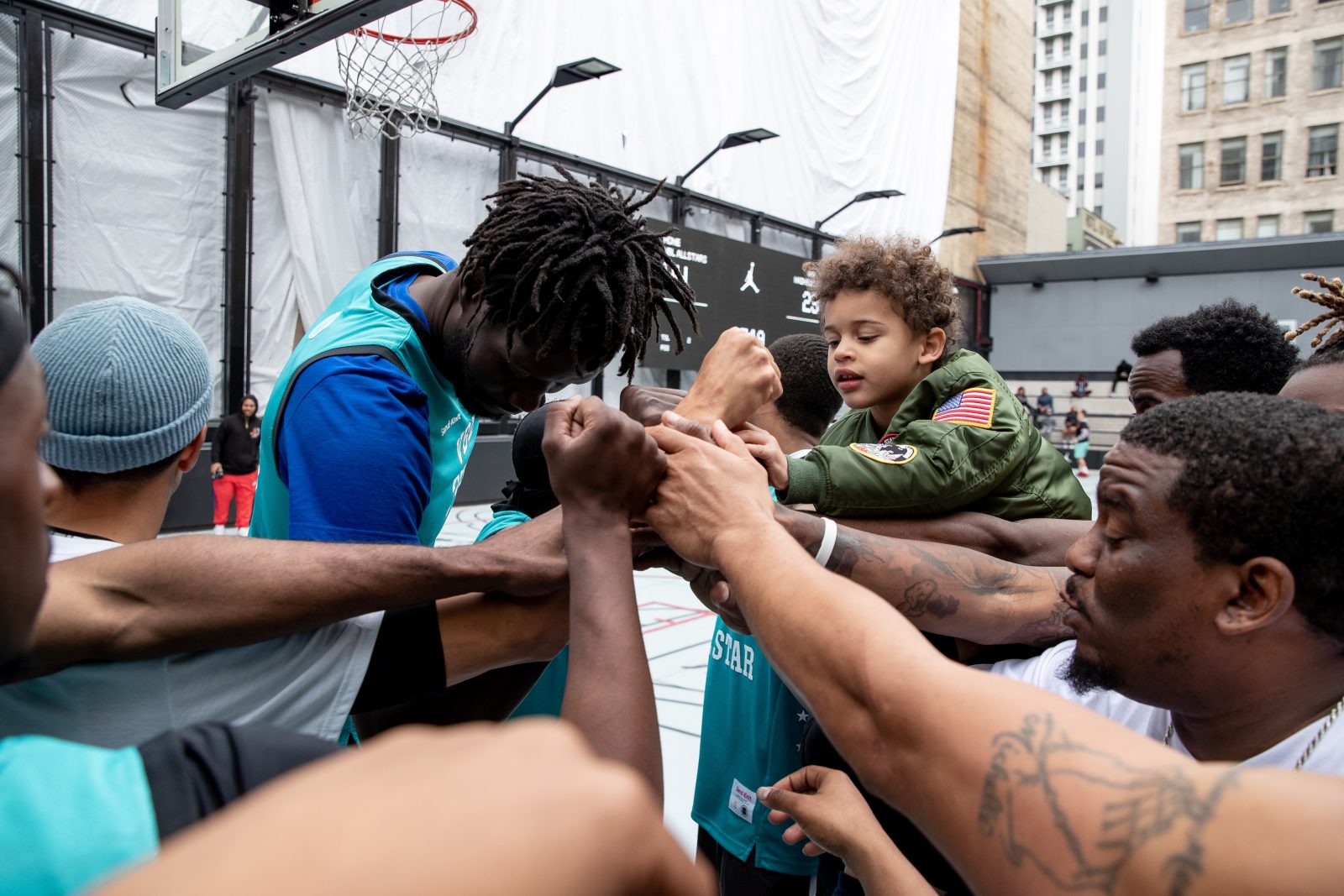 Over the weekend, VeniceBall started its 2019 basketball campaign in the Layups 2 Standup basketball league. Playing on the mesmerizing and surreal rooftop court above the state-of-the-art, downtown Los Angeles Jordan flagship store, Veniceball cruised to a 64-58 victory in its inaugural game.

Led by team captain, Farnold Degand, who was also named player of the game, the All-Star VeniceBall squad kept up a dynamic and aggressive pace that overwhelmed the opposing squad, Main Event.

The well-balanced attack was highlighted by a cameo from streetball legend, Sikwitit. Fashionably late, “Sik” managed to steal the show as he knocked down his first three 3-point shots. He then shutdown the store as he beautifully circumnavigated his hand around the ball on a break and tapped it right by the defender’s face for the no-look dime. It was a sight to see.

So as SoCal reels from the dreariest winter in decades, Veniceball, true to form, is back with its energy-infused brand of basketball and vibrant beach style.

Have no fear, summer’s here.