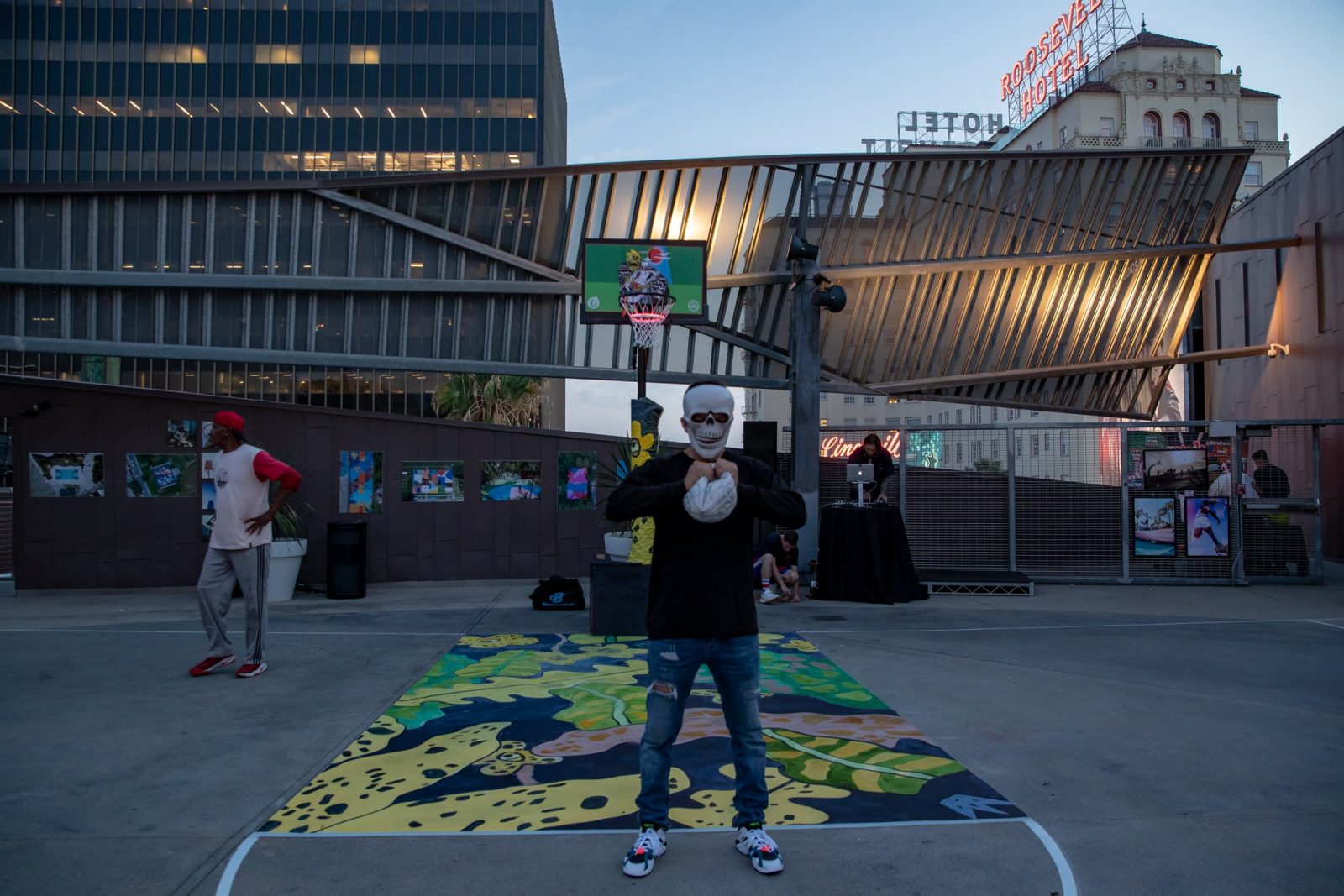 I don’t know if it’s the sound of the ball making its way through the net, the adrenaline of watching people compete up and down the court, or the love the entire culture puts out, but basketball seems to be an exceptional way to bring everyone of all colors, shapes and sizes together.

As someone who grew up watching ball from the sidelines, the impact the game has made on not just my life, but so many others I know is insurmountable. On Monday October 29th, hoopers, foodies, philanthropists, Yelpers and wax museum enthusiasts alike all showed up to Madame Tussauds’ rooftop in Hollywood to support Project Backboard and VeniceBall by fundraising for upcoming community projects. Drinks from Lagunitas Brewery and Dulce Vida tequila were flowing, fried chicken from The Crack Shack was going off and the entertainment was live.

The night started with a crowd participating 3-point shooting contest and a mini game of four on four. Later, professional dunker Chris Staples got the crowd going, giving us some of his best in a Venom costume.
What’s better than hoops, food and drinks in the heart of Hollywood?

Personally, attending this party brought my whole view of the orgs full circle. I first learned of VeniceBall after moving to L.A. and took that knowledge with me to Paris where I became enamored with the famous Pigalle court.
Eventually this led me into finding out about Project Backboard and their mission to give communities a second chance. If you don’t know, they use the arts, sport, and people who support their neighborhoods by refurbishing and repurposing old basketball courts into spaces people want to be a part of. Living in L.A. I think we often times get caught in the hype and the beauty of the game. The glitz, glamour, money, and NBA fashion (or lack thereof, haha) but it’s true essence lies in the heart of the people.

What Project Backboard and VeniceBall are doing, is an analogy to what this Halloween party was. As individuals we have a role in society; a mask. But it all comes off when the game starts. We’re fans, we’re family members, and we want to win. And that’s exactly what these two organizations want to see communities do, is win. Starting in our own backyard be on the lookout for the next project in Watts, and later Puerto Rico. In such tumultuous times we are seeing now in the United States, it’s good to hear people are applying a full court press on socioeconomical issues that hit home.