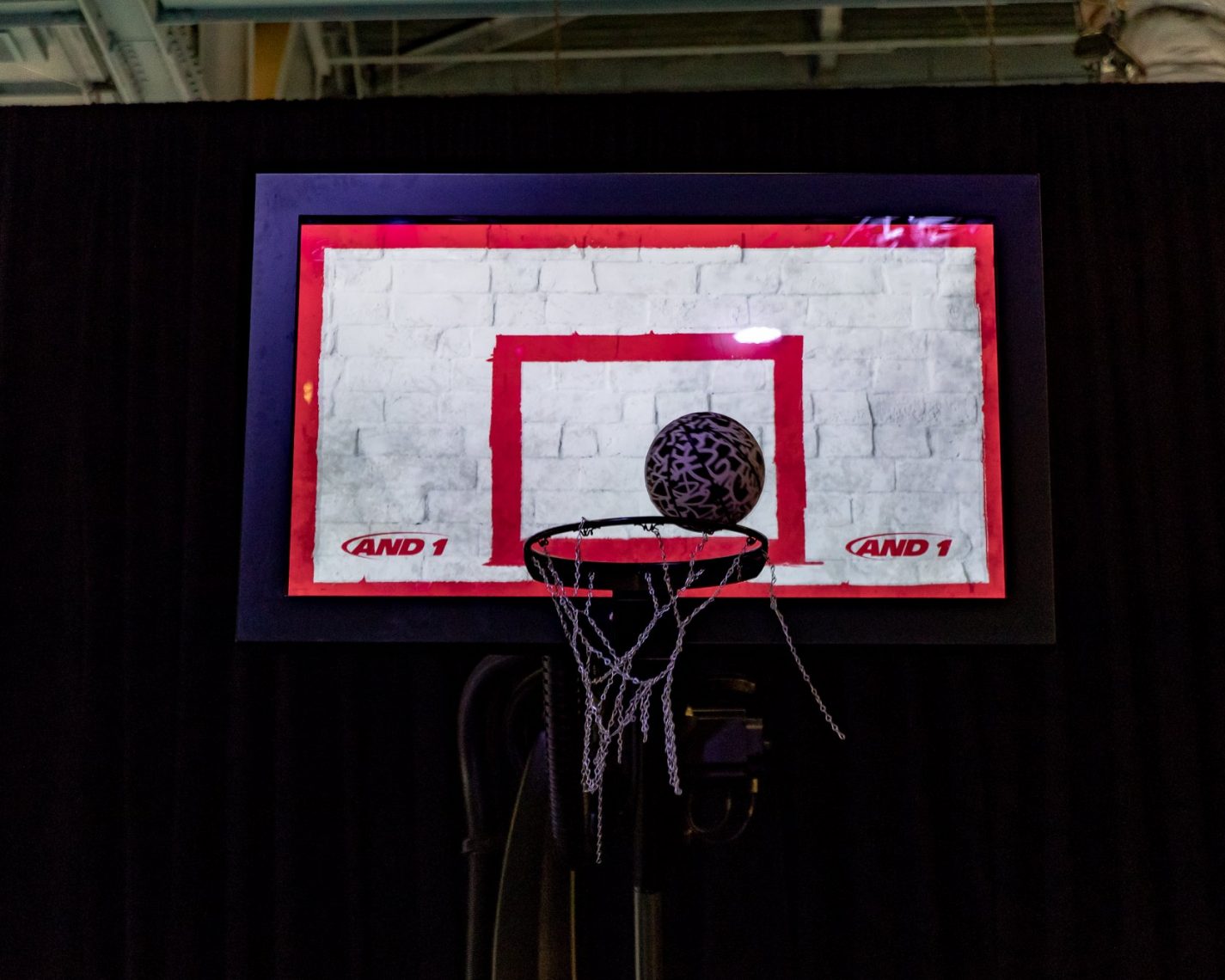 This year at ComplexCon, Veniceball teamed up with one of the greatest streetball brands in history: AND1. No expense was spared as there was a prop of old 80’s and 90’s television sets playing original AND1 mixtapes, a hot dog cart courtside (that was actually T-shirts), and a robotic basketball hoop!

Saturday kicked off the show with legends in streetball culture such as SikWitIt, HotSauce, Main Event, Skip-To-My-Lou, Set Free, and NBA great Kevin Garnett. These legends covered all sorts of topics in there discussion panel such as streetball and how the culture is and used to be, the difference between and1 and the NBA, and some history on how they got picked to tour with and1.

The crowd was silent absorbing every word and then after Veniceball took over the show with our new age streetball players and world famous dunkers. We had everything from dunk ons, killer crosses, and some epic shootouts with the OG’s. Sunday was kicked off by a game of horse against the robot hoop. From there we jumped into some 3on3 with fans and VBL players. As the crowd grew bigger it was time for the dunk contest. This became a dunk off between 2 of the worlds best in Guy Dupuy and Michael Purdie. The final round blew everyones mind as both dunkers where in there bag, Guy opened it up by doing a self lob over 4 AND1 legends and sticking it. Mickael Purdie pulled off an insane 2 basketball finish while jumping over a 6’5” prop player and the balls where perfectly stuck in the net. Both earning perfect scores it went another round in which both got in their bag of creativity. Neither were able to complete the dunk however so it went another round!

Finally Guy put an end to the contest and earned himself a trip to Charlotte for NBA All Star Weekend. The day went on with a shootoff between the best of the best. In the end only 2 remained, SikWitIt and of course Skip. Both went at each other for nearly 8 in a row until finally Sik hit the game winner and immediately broke into dance at the dj booth with the crowd hyped and cheering him on. To end the day we finished with more 3on3 MC’d by the one and only Voice of Venice Beach in true VBL style. A huge thank you and shoutout to all the celebrities and fans for stopping by the booth to show homage to the game and streetball culture. AND1 is back!