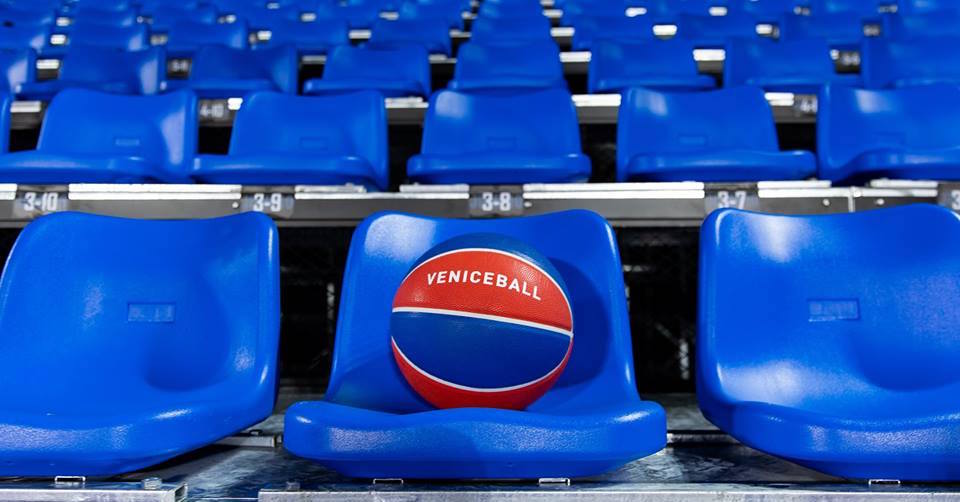 15 hours a day, for 15 straight Sundays, during the entire summer was insane, but as we like to say in Hoopers paradise: “the game never stops”. It was time for us to pack our gear and head out to Shanghai to defend our ¨Jump10¨ World Championship title. We all met after Ron Beals’ day with an even more stacked roster than the previous year:

Our flight was set for August 13th from LAX to Shanghai at 11pm. We were ready to go.

This season, I decided to sacrifice my presence on the court after assessing my bad ankle and poor cardio from working 16 hour days all summer. As you know, I have a considerably large love for the game so it was an especially tough decision to make considering it was on a big stage like this

So here we are, all united and ready for this 15-hour straight flight to China. As the team manager, I was able to talk my way into upgrading the seating plan of the whole team to exit row seats so no one would have a problem fitting into the small economy class. It was extremely pleasant to see that the flight attendants knew a lot about VBL and gave us the free upgrade.

We arrived in Shanghai 2 days later adding the 15-hour time difference and shared a bus to the 5-star hotel at the Shanghai Harbor with our French and German rivals.

The first thing we did was order something to eat at a restaurant because everyone was starving from the travelling. We quickly realized that it was going to be a challenge to keep our nutrition up as we ate the most basic pizza and pasta served with a side of ketchup and some club sandwiches. I had brought a whole pharmacy of spirulina, turmeric, multivitamins, probiotics, L carnitine, chia seeds and other goods from our sponsor Bodybuilding.com, which really came in handy because I can tell you now that there was nothing healthy about this food. The last thing we could afford is for one of our guys to get sick.

After a 3-hour long nap it was time to meet the press and do our photoshoot for the program. Shortly after, I was heading on a mission to find a playground to practice after finding out that the nearest gym was an hour away from the hotel. I downloaded mobike and was on a blind adventure to find a park on this miniature yellow bike. I biked 6 miles and saw a bunch of gated courts and schools but the real gem was a court tucked inside behind a gate and thank god it was open. I called the guys for a meeting in the lobby and challenged a few teams of the group chat to come and play with us.

We all went to get our first run together at 3pm in the steaming 95 degree humid heat. After 20 minutes of shooting around, and some games of king of the court, the French team came but did not want to take part in the fun with us. So we split into 2 teams and started running our offensive sets half court. Team 1: Ewill, Davie, Tate, Marcus & van VS, Team 2: Mamadou, Staples, Meezy, Blue and I. We took control of the first 2 games until the “1st team” woke up from their jet lag and dominated. After that, we were able to bond and have some good talk on our 1 mile walk back to the hotel.

As soon as we got back to the hotel it was time for the opening dinner in the ballroom where we all shared some traditional Chinese cuisine with 15 other teams that we would be facing during the games. The eating experience was once again an interesting one as we had a dozen plates coming out where we couldn’t define if it was meat or vegetables covered in unknown dressings. It was quite rough for some of the guys especially Bama who just stuck to white rice and Gatorade for the rest of the trip.

We were facing the Russian team and their guest of honor Kirilenko made a speech where he expressed his gratitude to be here and spoke on behalf of the global BBAII.

After a good night rest, we were introduced to an American style buffet which turned out to be the best meal of the day and made everyone feel at home.

We had a quick team meeting and prepared to go to the backup indoor venue as the main stage court got rained out. After a 2-hour bus ride, it felt like coming back home; in the same gym where we stayed undefeated and won 100K a year ago exactly.

We hit the court to face a tough Russian team after the opening songs and dances.

The game started off really slow with lots of turnovers and we ended up losing the first round 8-6. We came back in the 2nd round hitting with E Will catching fire but we barely managed to take the game in overtime. It wasn’t pretty but we got it done with a strong defense! A win is a win and we quickly moved on to the next day game.

The day after we played against Germany: a tough well rounded team coached by a professional A coach and GM by a long-time friend and founder of K1X: Niels Jagger. This year, Germany was an upgraded team selection from last year’s Nurrenberg pro team, where Van got drafted again, after hitting the game winning shot the previous year.

Once again we started the game slow and couldn’t get anything to drop. We were missing easy layups and free throws: 4-16 on the game to be more precise! It seemed as if nothing was in our favor: 50/50 balls, ball rolling off the rim on layups, hard fouls… We still had 2 chances to win the game at the line as all we needed was 1-2 but we couldn’t even get that done.  In the end, Germany got the best of us with a one-point win during overtime.

The spirit was not at its peak as everyone kept quiet and their heads down. Many of the guys thought it was the end. Bama was looking at the floor, his head in his hands, Ewill was arguing with the referees trying to review the footage on a potential flagrant foul and coach Blue smirked at me with a sense that there was still hope!

The staff reminded us that if we busted (meaning that we scored 15) in our game versus China and if Germany beat Russia, we would potentially land the 2nd place. Therefore, we were only left with two options: play our best and pray our best!

It was still early in the day at 1pm and a few of us went to discover nearby malls and checked out the steak dinner at Pizza Hut. You read me right, Pizza Hut looked somewhat like “a high end restaurant” here. And yes they had burgers and soups… I couldn’t help to admire the fact that they had over 20 cool spaces for the youth in this mall (6 story jungle gyms, skate park, giant slides, robot battles and more cool things). I do hope this trend will make its way to America. After a long time of walking around we headed back to the hotel for some rest.

The next day, I called in a meeting where we shared some stories about our goals and aspirations. After a quick recap and a prayer, I came to realization that if we were going to win we would have to make free throws. So I brought everyone off to the park to practice and beat this 15-hour jet lag.

We did a couple of warm up games where “Coroner” dunked on an army of local Chinese guys. Some king of the hill games was breaking off, shooting stations at different hoops. For the first time during this trip I felt like the guys were having fun, and broke a good sweat!

It was time to play against China later in the day in a must win match. We managed to score 15 points for the first time in less than 4 minutes! Full court pressure, dunks on top, steals. 15-0. Wow we were balling! The 2nd string of players for the second game had the same outcome: 15-2 in 5 minutes. Everyone was pumped up, the fans were screaming and we were signing autographs. We were finally the champions we claimed to be.

We had to wait 6 hours for the Russia VS Germany game which would help us find out if we would make it to the next round. So meanwhile, we headed to the Bond.

As soon as we got on the subway, Mamadou immediately became the star of the show. He caused a riot of people wanting selfies with him, a real pop star reaction like I’ve never seen before. We walked around the beautiful Bond where it seemed to be packed with at least a million people.

We took some more time sightseeing in the black market where people were opening back doors of their stores and apartments showing us some crazy replicas. We also had a race on electric bikes and as soon as we found out Germany had won against Russia, it was time to get back to the hotel and get ready for the quarter finals.

We faced an undefeated Spanish team at 11am featuring a couple of Euro league players and some serious Sharpshooters. We came ready with 3/4 pressure but the guys couldn’t even get their shots off. It was another scrappy game but we played tougher than our opponents and got the job done with a score of 15-9 and 15-12.

We were moving on to the semi-finals, where we would be facing Germany once again after they had just defeated an athletic Australian team.

The sun was finally amongst us with no sign of rain so the game moved to the main arena about a mile away, featuring 3,500 seats. We arrived after an hour break and a nice walk, the sun was setting and the bleachers were packing up with a moderate breeze. A bouncy hardwood had us jumping crazy during warm ups. Everyone seemed to be focused and ready to play.

We dominated during the first game with a big lineup: Mamadou and Coroner together. We were too much in the paint and some muscle by Ewill, we won the first round 15-9: BUST! We were half way home but the 2nd round didn’t go as smooth as we thought. We weren’t able to make a single shot. I think we shot 2-10 at the line and lost by 4 which forced the game into overtime where they took a 5-0 lead and we couldn’t even make a layup. This team was well coached with extreme discipline.

Shout out to long-time supporter and K1X founder Niels Jagger for putting a great selection together!!

Germany would come to face China in the finals and win it all. As for us we faced the Houston team and took care of business taking home the 3rd place and the $10,000 prize.

On the other hand, Chris Staple still seemed to have some juice and landed practically 5 rounds of perfect 10’s and cashed out 10K in his back to back slam dunk champion title. As an incredible teammate he decided to share his earnings with the squad for the support.

This 2018 Shanghai Jump10 adventure was another great experience with lots of lessons learned and we look forward to coming back next year.

Thank you to all of you for the tremendous support!!