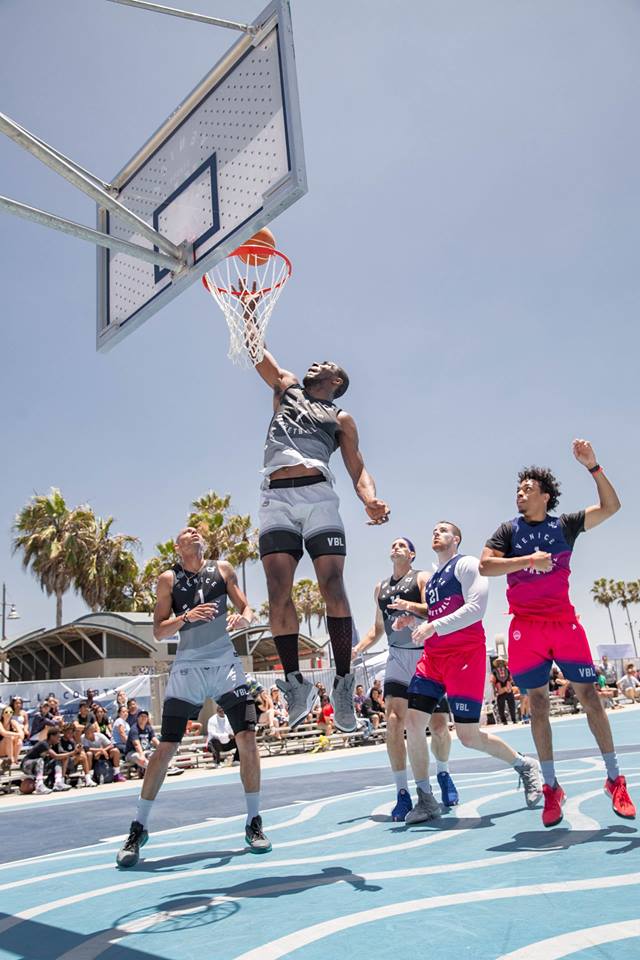 Welcome back for week 4 everybody!

Following a successful Hoop Day Saturday, this Sunday was filled with highflying action and nail biting games. As always the day started off with the youth. Special guest DJ Sackmann came to share some knowledge as well as words of wisdom with an eager to learn group! Once the youngsters finished up, the grown ups took center stage. The first game featured with Playing 4 Eternity bouncing back with a win against ther defending champs Los Fearless. The game came down to the wire with Evin Bartlett hitting the bucket to send the game into overtime. Final score P4E 57- Los Fearless 55. Our player of the game was Barnes with 11 points, 8 rebounds, 4 assists and 2 steals!

Up next was undefeated We Are Chance versus the home team Project Backboard. This one also came down to the wire. A miss cue with a time out and a clutch bucket for PG KnowwhatAmin sealed the game for We Are Chance. PG Amin aka knowwhatAmin was our player of the game for being clutch. Final score of 63-62, We Are Chance takes it . Metta World Peace came in style on Sunday ready to try to lead his team to their first victory against the heavily favored Chinese Elite. Both team had played the day before, one of the first back to back situations for VBL teams! The Pandas put up a great fight thanks to Trappy’s effort on the glass but it wasn’t enough to upset the duo of Mark and Buddha representing CEB.. Final tally Clutch 75- China 76. Buddha had himself a field day with 27 points, 15 rebounds, 5 assists, and 5 steals!

The Green Lights high flyers put on an aerial assault against Undrafted. This game was filled with spectacular dunks including a 2 minute sit down for Klay Thompson’s look alike that happened only two minutes into the first quarter! A blowout win with a score of 87-55. Slim stood out in the pack with a crazy stat line of 32 points, 5 rebounds, 3 assists, and 3 steals.

Our final showcase featured Pasadena Bodybuilding against 1 Percentage. This game got a little chippy but AJ, aka The Chosen One took control securing player of the game, a win, and the dime of the week! Final score Pasadena 84- 86 and AJ with a near triple double of 28 points, 8 rebounds, and 8 assists!

Thank you to all of our sponsors, supporters, fans, spectators, and everyone in between. See you next Sunday for week 5 in paradise and don’t forget to come out on Friday for the tour! This weeks stop, Angel’s Gate San Pedro.