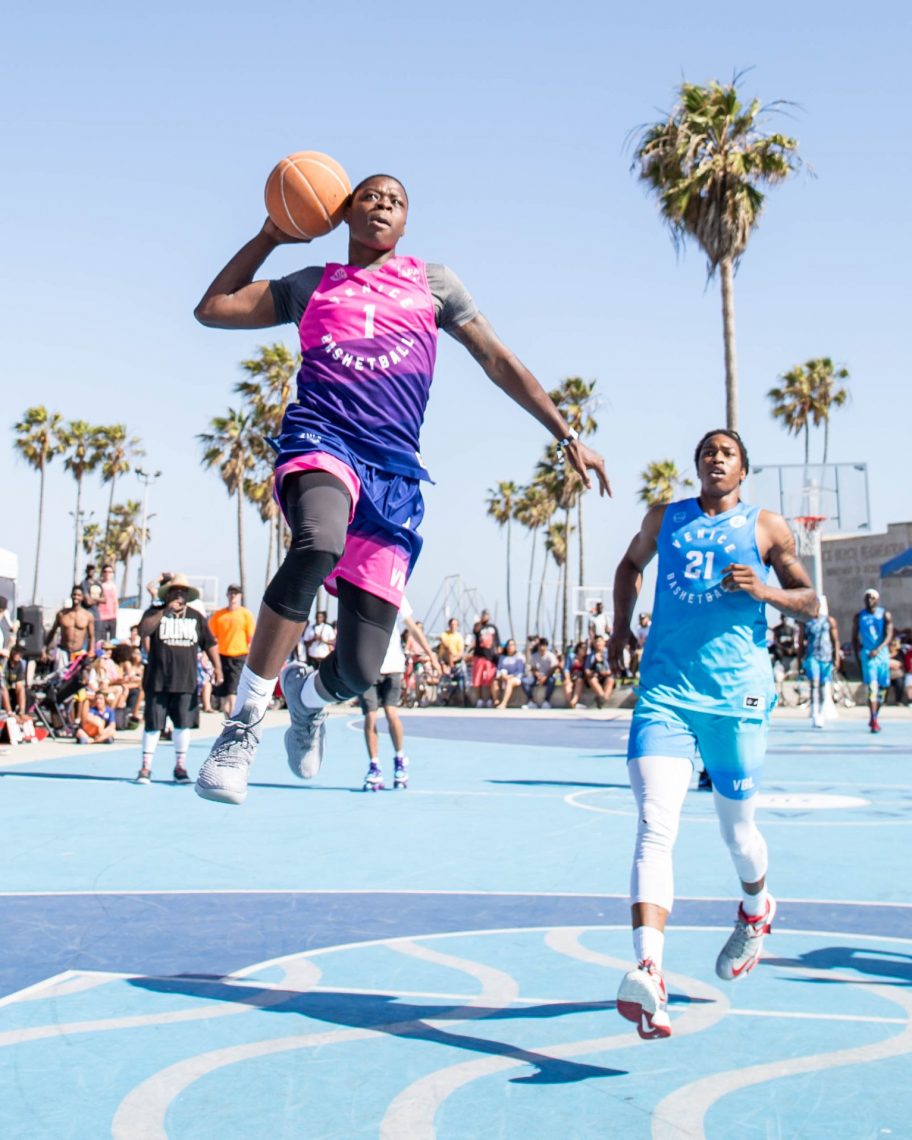 Week 2 of Venice Ball kicked off bright and early with the kids KVBL developing their skills, alongside special host Chris Staples. During the 3 hour session shared his experience of hard work and consistency

The first league game tipped off with P4E vs TEAM CHANCE.

All the fans in attendance witnessed a competitive game from the jump to the final whistle. P4E clawed their way back against CHANCE to tie the game in the middle of 4th quarter, but a familiar clutch shot maker, Amin Sahwani, would have nothing to do with it. Sahwani splashed a crucial long-range jumper to close the game, giving team CHANCE a 2-0 start.

In the second game of the day, HUB SELECT squared up against LOS FEARLESS. Marvell Harris was the story of the game, as he put on a clinic with 47 points. He was in attack mode every possession, hungry for a victory against the defending champs. Of course, Harris couldn’t have done it alone, his teammates contributed stellar defense, most notably in the second half to secure the win.

If you have not heard of CHINESE ELITE (CEB) then you better get familiar, CEB put the whole league on notice during week 1 after debuting with a win against the defending champs. During week 2 they played newly formed team ONE PERCENTAGE (OP) composed of VBL’s vets and it was a long one.  Agunwa Okolie from OP and Mark Anthony from CEB were trading baskets all game long, with Anthony finishing with a game high 37 points. Anthony had a chance to seal the game in regulation, but choked on 2 key free throws, sending the game into overtime. With ten seconds left in OT, Anthony redeemed himself and made one of two free throws to put CHINESE ELITE up by 1. ONE PERCENTAGE had a final possession with 8 seconds left, but a costly turnover sealed their fate. CHINESE ELITE moves on to a 2-0 record.

Game 4 was jam packed with highlights, as PROJECT BACKBOARD lined up against THE UNDRAFTED. This high scoring affair did not disappoint. In the 3rd quarter, we witnessed legendary small man, Mani Love, toss an alley hoop to Chris Staples. The crowd erupted as Staples threw his arms in the air to the fans. Marcus Bell, Chris Staples, Jamelle, Deshun Patterson, and Adom Jackson combined for 92 of their team’s 109 points.

The finale of the day was GREEN LIGHTS vs BODYBUILDING. This one went down to the wire as Shoney Brown of BODYBUILDING shined late, and recorded a team high 19 points to lead his team to victory. Andy Cleaves of GREEN LIGHTS had a game high of 26 points in the loss.

In week two, we were all blessed by more great basketball in the Hooper’s Paradise of Venice Beach. Keep it on lock for Week 3 this Sunday.