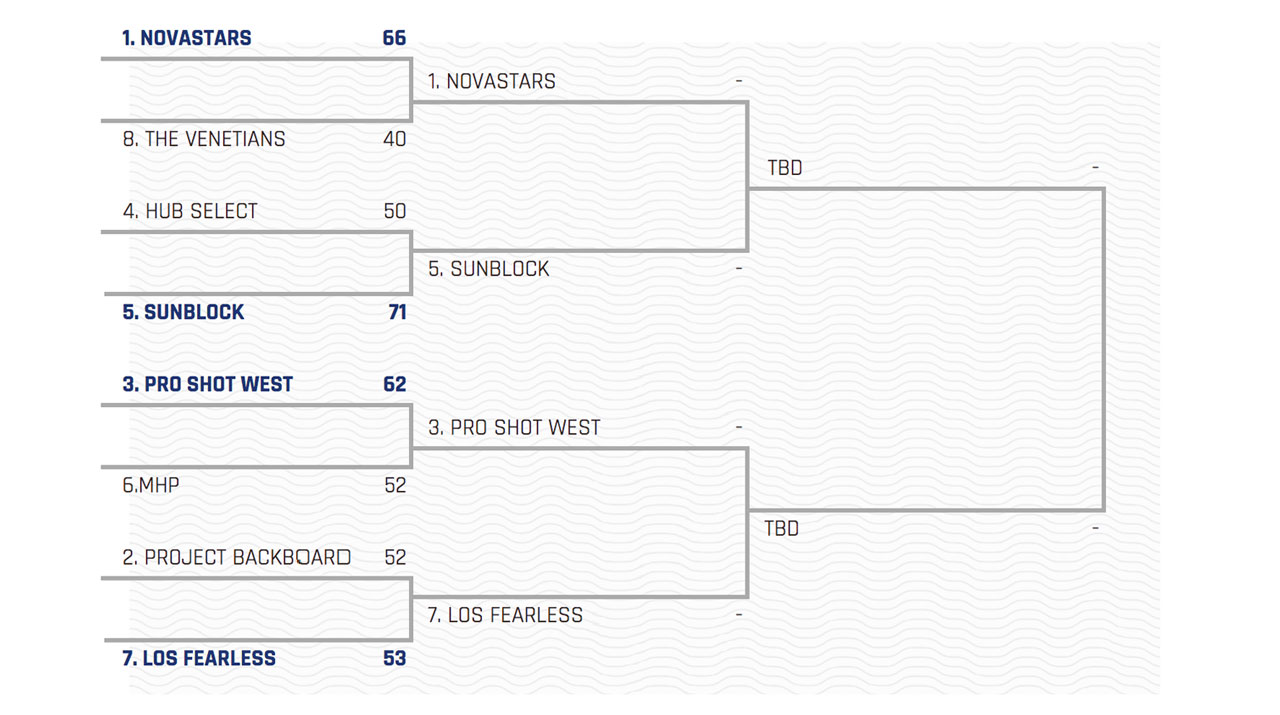 Ah, it’s that special time of year – can you smell it in the air? The Venice Basketball League (“VBL”) playoffs are upon us, beginning Sunday July 23 at 9 AM with the KVBL Church hosted by NBA Trainer Adam Quinter, make sure to signup here! We’ve had a fantastic seven-week season, full of alley-oops, rim-rattling slams, trash talk, trash teams, undefeateds (one to be exact), comebacks, century marks, young stars, wizened vets, slick handles, sick passes, and above all else, a hell of a good time.

What will the 2017 playoffs bring? Only the late Venice legend Ron Beals knows for sure. But for us mortals, we have our best guesses!

Now, if you’re familiar with VBL, you know we like to do things a little differently. The playoffs are no exception. In our 8+2 format, there should be plenty of playoff action to satiate even the hungriest of fans. Here’s your preview for the 2017 VBL playoffs!

Lightning Round: The Next Four Throw Bows to Make the Final Bracket

Teams 7-10 in the VBL standings will technically make the playoffs, but to reach the final bracket of 8, they’ll have to win a lightning round 20-minute game (normal VBL games are 40 minutes). That means at 11 AM, we’ll see the always-explosive Hall of Fame squad (3-4) face off against Los Fearless (2-4), followed by The Venetians (2-4) versus China Elite (0-6).

Expect a high-flying, up and down affair from the HOF-Los Fearless match-up, as both teams like to generate offense with outlet passes, alley-oops, and quick runs to the rim. On the other side of the coin, The Venetians and China Elite both play at a slower tempo, so expect a solid, team-oriented fight to the finish from them!

The Final Eight Will Make It Great

Following these games, the 8-seed bracket will be set and the games will return to their regular format of four 10-minute quarters. First up at 12:30, we’ll see late season slider and 4-seed Pro Shot West (4-2) versus the 5-seed Most Hated Players (4-2). After starting the season 4-0, Pro Shot West has dropped their last two in disappointing fashion, giving up 10+ point leads in both contests. Most Hated Players, on the other hand, has kept on keeping on after losing their captain The Chosen One for the final two weeks of the season. Pro Shot West easily handled MHP in their June 18th meeting, but that was MHP’s last loss of the season. Let’s see if MHP can push their three-game winning streak to four and pull off the upset!

Then we’ll see Project Backboard (5-1) face off against the winner of Hall of Fame and Los Fearless at 1:30. Project Backboard has been the surprise story of the season. In their first year in the league, they were the first team to ever break 100 points in a VBL game, and Ryan “The Mercenary” Nitz’s buzzer beater three to knock off Sunblock might have been the highlight of the season. Expect a heck of a dogfight if they end up facing Hall of Fame, an ultra-hot team featuring VBL stars Crushow and The Chosen One.

Next up at 2:45, the bulky Hub Select squad (4-2) will go head to head with Sunblock (3-3). Expect a bruising struggle of strength and size as both teams are anchored by some big, old ballers – former Golden State Warrior “Farmer” for Hub Select, and certified big boy “Pop Champagne” for Sunblock. The difference in this game might be the speedy 2017 number one draft pick Alan “The Italian Answer”, as Sunblock lacks the perimeter speed to find the answer – Italian or otherwise – to Alan’s quickness.

Finally, the day will cap off at 4 PM with the number one overall seed and only undefeated VBL squad, Novastars (6-0), will play the winner of The Venetians and El Crew. Don’t expect an upset in this match-up, as the Novastars have shined even brighter than their name would imply, led by the absolutely unfadeable Tristan “King Hustle” Wilson.

There you have it, a full preview for a full slate of playoff action going down this Sunday July 23 at 11 AM. The weather will be hot, but not as hot as the games. Come by and stay awhile!