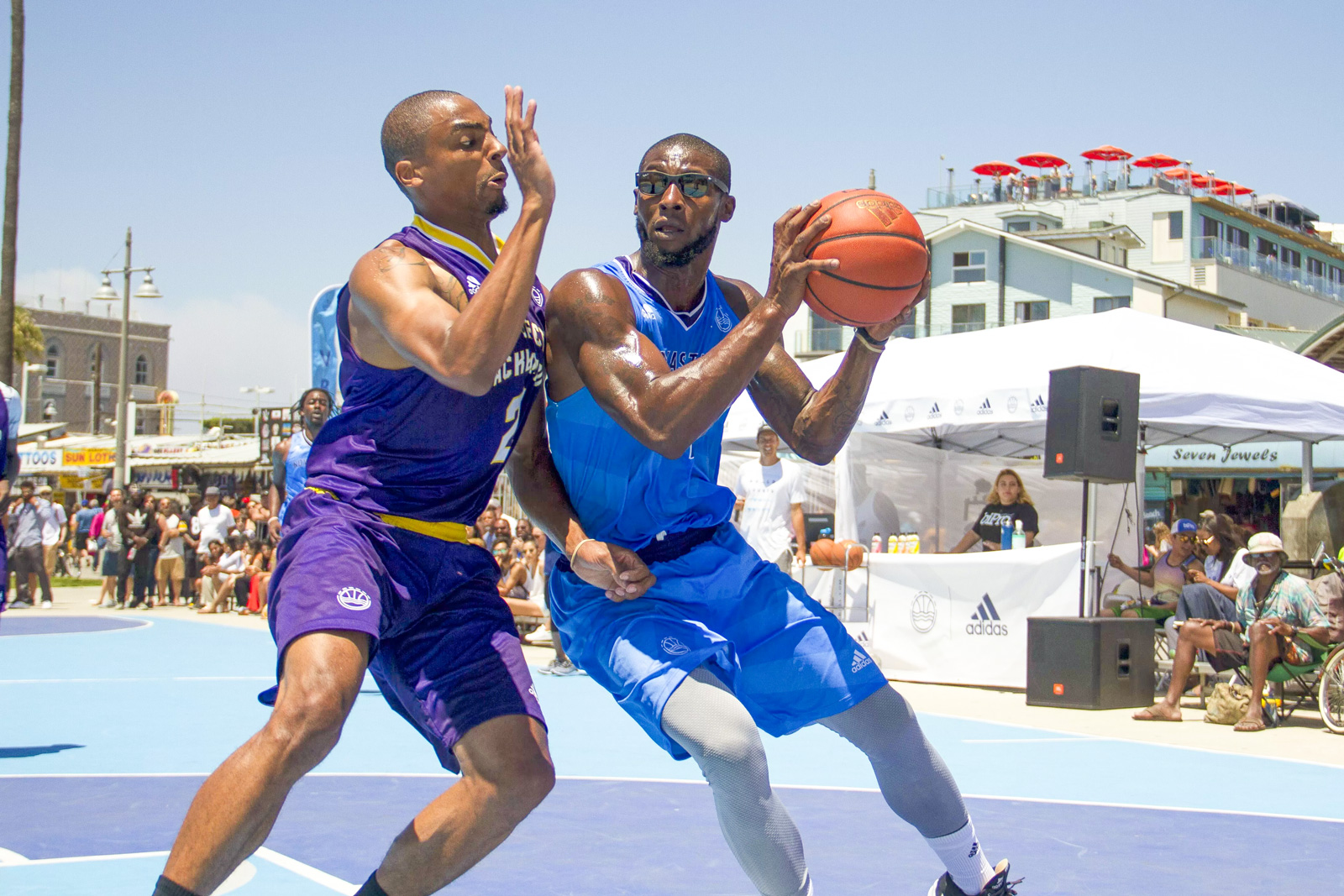 Through the first quarter of this 2017 Venice Basketball League (“VBL”) season, The NovaStars (4-0) have been living up to their name, exploding to a star-like undefeated start. This week pitted them against fellow undefeated team Project Backboard (2-1), an equally fiery squad that posted the first 100-point game in VBL history last week. The win is that much more impressive when you know that Project backboard counted star guard Franklin Session, as one of its star players.

Led by their captain Tristan “King Hustle” Wilson (20 pts, 6 reb, 4 ast), the NovaStars played an ultra-physical game versus the first-year Project Backboard team, hammering the boards and throwing down a number of vicious transition dunks en route to a 61-50 win.

“It’s our brand of basketball,” Mr. Hustle said of the team’s physicality. He’s not kidding – a monster on the interior throughout the game, King Hustle fought for nearly every putback and rebound, creating space for his teammates to seize boards even when he couldn’t.

Being recognized for outstanding play is familiar territory for 3-time league MVP and 2-time VBL Finals MVP, who began the 2016 season with four straight POG honors as well.

What more does a player with so many VBL accolades have left to prove? Not much, apparently.

“I do it for the love of the game,” King Hustle said following the win, still wearing his trademark black wayfarers shades. “And I just want to keep racking up those championships.”

As on of the only league players to wear shades during play, perhaps he knows something the rest of the league has yet to figure out: it’s flippin sunny on Venice Beach!

In other news around the league, Metta World Peace’s team, The Panda’s Friend (1-3), took on the China Elite All-Stars (0-4) in a battle of the winless, earning their first W behind 36 points from VBL veteran Young Mouth. China Elite played a close game throughout the first three-quarters, but couldn’t capitalize TPF’s consistent cherry-picking strategy which served up numerous 5-on-4 or 5-on-3 offensive opportunities for China Elite. Work that three-man weave, fellas!

Later in the afternoon, Team Sunblock (2-2) fought for a narrow 3-point victory over one-time VBL champs Hall of Fame (1-3). The game came down to the final play as HOF’s Victor Evans drew a foul on a three-point shot attempt in the closing seconds. With a chance to send the game to OT, #3 went oh-for-three at the line. Blame the wind, son, blame the wind! #beachbasketball

In the day’s final two games, Los Fearless lost to The Venetians by a score of 31-41.  MHP had a monster performance with a highlight reel from Chris Staples who came back last week from his FIBA 3X3 World Cup Dunk Contest.  Hub Select just could not hold the display of athleticism couple with good basketball IQ. Staples finished with 38 pts and too many dunks to list them. Stay tuned for the highlights coming soon on Instagram Facebook and Youtube