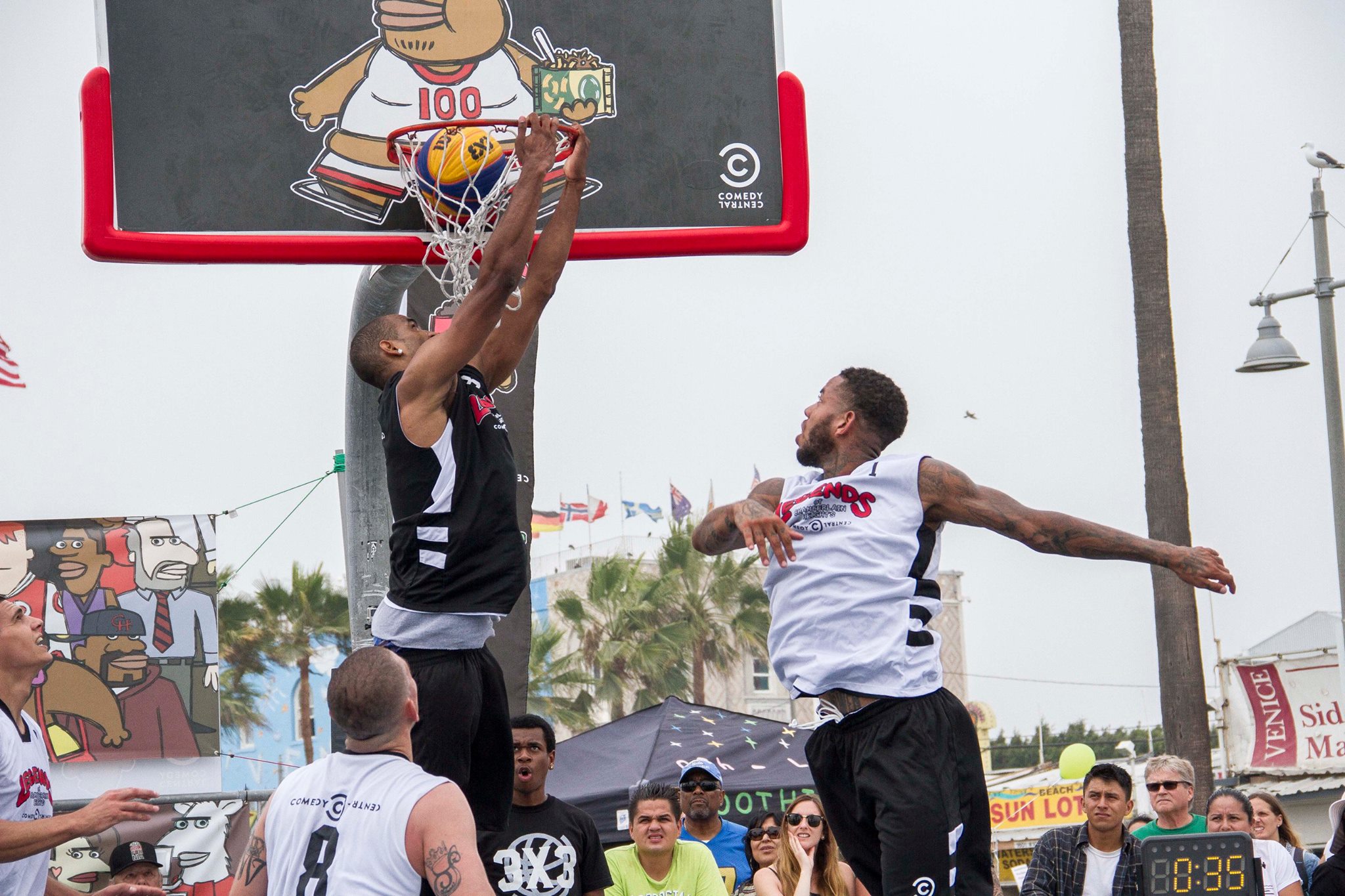 The VBL 2016 summer season came to an end this past weekend and BrandBlack All Stars were crowned champions once again!

Comedy Central partnered up with the VBL to promote the season premiere of Legends Of Chamberlain Heights in a 3-day, 100+ games competition.

The games began Friday with an open run format where we gave everyone a chance to become legends in their own minds—just like the TV show. Challengers and fans got a chance to compete and get dunked on against our very own showcase squad.

Jumpman BIG and Michael Purdie gave some of the challengers memories of a lifetime. We wrapped up the day with a VBL All-Stars VS China All-Star select game and the VBL  All-Stars Won 98- 82.

On Day 2, the competition began in a pool play format with 16 men’s teams and 6 women’s elite team. Team Lituation led by Joyce “Sweet J” Ekworomadu and Fatima Lister of the Globetrotters dominated in style all tournament.
See HIGHLIGHTS here

In the finals, some key 3-pointers and floaters from Irina Sharf sealed the victory for Team Lituation and the first ever women VBL World Games championship.

On Sunday, we opened the day with the 40 & over division where a team of frenchman battled VS some local Russians who it all the way to the championship.

Russia matched up against against Frank Wallace, the 1994 MVP OF WHAT, and sharp shooter Jimmy Baker. The Russians couldn’t keep up with the pace of the game and the Venice Legends were crowned champion.

We kept the day going with the Elite 8 Win or Go Home format!

In the opening round, Team Russia VS China ended a thriller when Mr Pink from China Select hit a two-point buzzer beater at the last second to win the game.

Back in the Elite Men’s, David “White shadow” Vik was everywhere dominating the paint and outside game taking his team United Ballerz to the championship to face BrandBlack All Stars.

The 2016 undefeated champs did not disappoint with Aaron Perez dunking on people, the Beast dominating inside and Jushay Rocket doing all the intangibles.

The finals were emotional and personal. Kenny Wright who won dozens of tournament with the United Ballerz joined the BrandBlack last summer and they felt he was a traitor.

The game was under control by BrandBlack for most of the game 19-16, until Jamar Cramer stole the ball twice and hit back to back 2 pointers (3’s) to give his team the lead. The Beast and his team tightened up the defense and hit couple scrap points to earn them $1,500 and give them a chance to compete on on international stage for the 2017 FIBA tour.

Checkout some of the Highlights !!