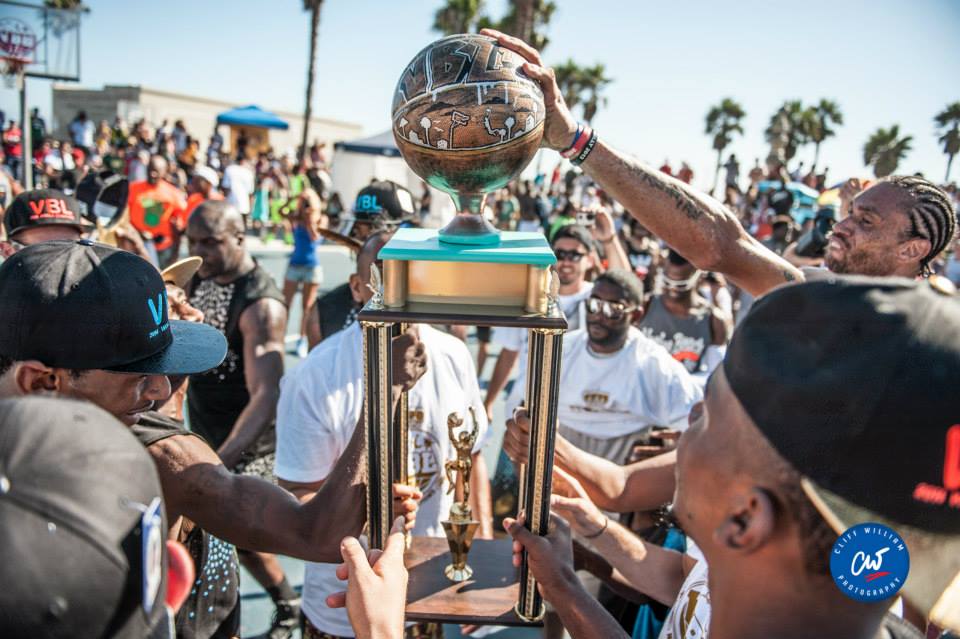 YESTERDAY AT THE VBL

If you don’t know about Ron Beals’ Day, chances are you’re missing out on the greatest free summer entertainment that LA has to offer.  The Jamal Crawford endorsed Brandblack All-Stars were crowned the World Champions of the 2014 Venice Basketball League after defeating Hall of Fame in the main event of the 2nd Annual Ron Beals’ Day but this was one of several entertainment showcases on display yesterday at the beach. Youth basketball games, a Battle of the Legends, a Charity Bikini Ball, Celebrity game and amazing display of athleticism in the Earl Manigault inspired, “To The Top” contest all happened back to back including dancers and performers at every intermission staying true to VBL form. 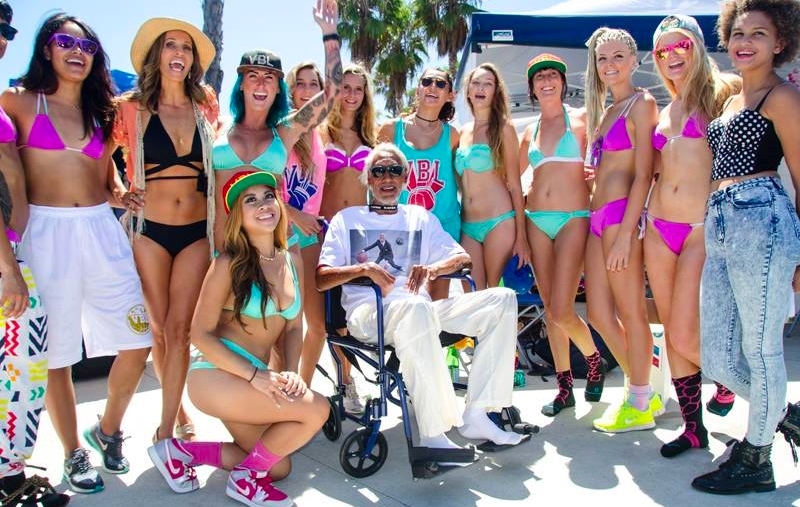 HISTORY OF RON BEALS’ DAY, TRIBUTE TO A LEGEND

Long before starring in the Hollywood blockbuster “White Men Can’t Jump,” Ron Beals had earned a reputation as a pioneer and role model playing on the courts of Venice Beach since the 70’s against the likes of Sweet Water Clifton and Wilt Chamberlain. Last year, a decision was made that Championship Sunday at the VBL would forever be known as Ron Beals’ day in tribute to the influence his spirit had and still has to this day on others around him.  The event which unites several generations, professional and amateur athletes, fans and guests from near and far is only getting bigger. 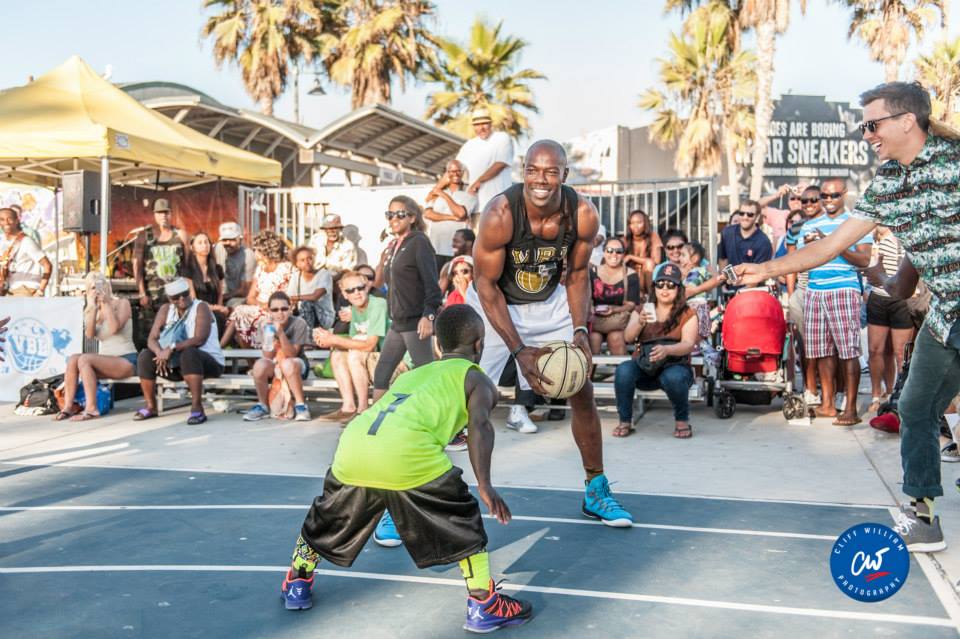 T.O. VS MANI LOVE AND A DUNKER FROM EVERY STATE

Not to be outdone by the athletes in the VBL Championship game, celebrities including the Panda’s Friend, Power Rangers, rappers, and Pro Bowl wide receiver Terrell Owens were throwing lobs, doing flips, laughing and having a ball. T.O. who showed up late in the game was forced to go toe to toe with 4’5″ Mani Love in a rematch of the famed Youtube competition between the two. After getting by Mani Love, T.O. was rejected on a dunk attempt at the rim by another defender so it’s tough to say who got the better of who. Fortunately for those in attendance, including the LA Sparks basketball team, there was no shortage of highlight dunks and leapers, one of whom reached the TOP of the backboard. 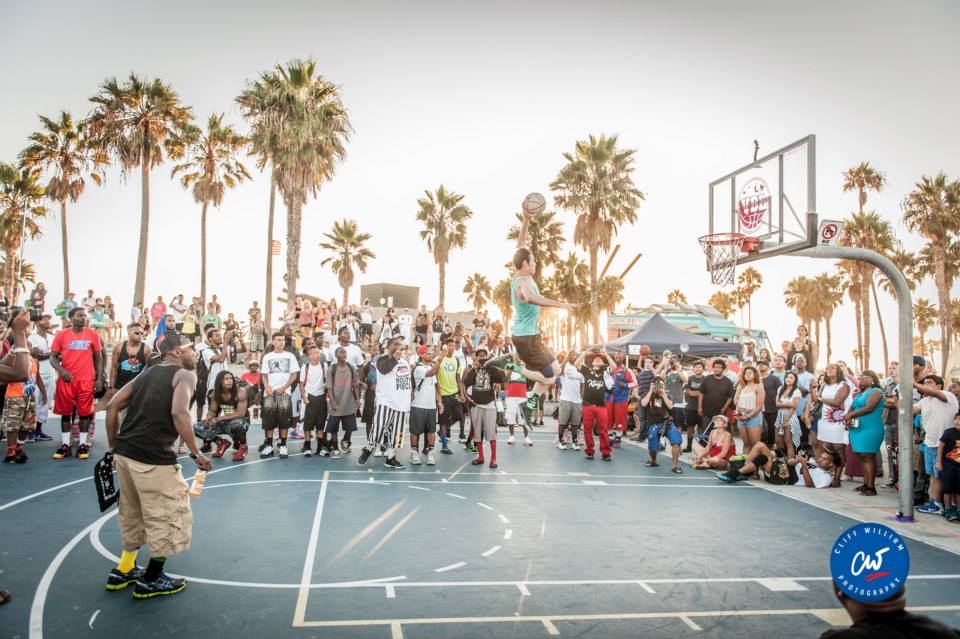