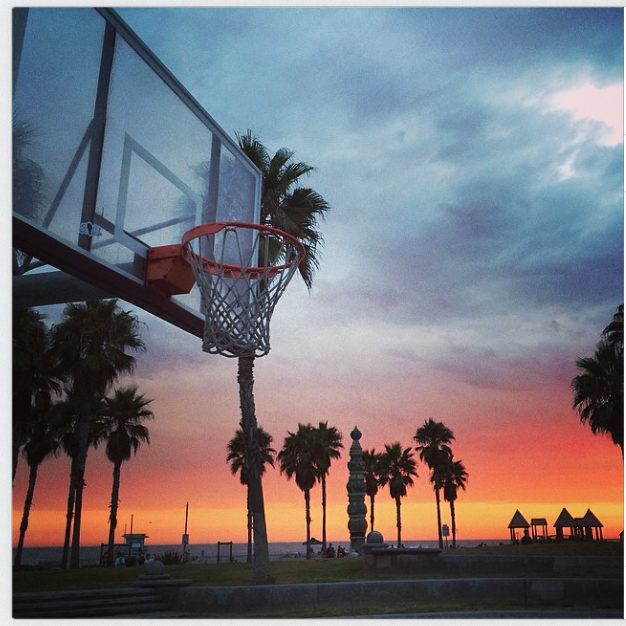 The first matchup of the day features a White Collar team that handled business last Sunday against Swagg Media, confirming a playoff date with the Alpha All-Stars at 12:30pm.

Although the White Collars won last week, they still had to fight really hard against an undermanned Swagg Media team that only had 4 regular players suit up. This team has struggled all season, but can certainly build off of the momentum they picked up from their win last week.

Look for Mighty Mouse and Equinox to have some big follow up performances after their terrific games last week.

It’ll be interesting to see how the bye week affects the Alpha All Stars as they haven’t played in two weeks. Either they’ll come out rusty or play an up and down style of basketball to try an fatigue the opposition. Mike Jones and Zigg have been carrying their squad all season so it’ll be no surprise for them to show up when it really matters. It’s up to the rest of the team to support their chances at a title. Their key will be defense and lack of turnovers.

The winner of this matchup will have their hands full against either Courtside or the Brand Black All Stars.

In the second matchup of the day, Hall of Fame is the team with all the rest. Their last matchup was against the White Collars on July 26th, so their fresh legs should be conducive to their fast break kind of game, lead by their crafty point guard Yahdee.

Yahdee is the initiator of the offense and is often all over the court stuffing the stat sheet in a variety of areas, whether that’s steals, blocks, or offensive rebounds. Two of his best attributes is his speed and passing ability. Look for him to try and get Rob Summers and C4 involved early and often.

Also, it’ll be quite the scene watching him go toe-to-toe with Bodysnatcher of SPL. Most likely some defensive switches and multiple looks will need to be thrown at Bodysnatcher to try and contain him. He’s coming off one of the easiest 40 point performances you’ll ever see and clearly has all the confidence in the world. Look for him and running mate Robbie to try and take control of the game early in the first half.

This game tips off at 2pm. Winner of this game faces the winner of the I’m Just Different and NCAA Boys matchup.

Now, here’s a matchup worth paying attention to. The surprising NCAA Boys look to shock another high-powered team when they face of against I’m Just Different in the Quarterfinals. But if last week was any indication, they are more than ready to challenge IJD’s crown and pull off the upset. AJ “Chosen One” Harris finally received some help last week…it came in the form of Deshawn “Evolution” Stephens, an explosive, high-flying wing who took #theVBL by storm in 2013.

I’m Just Different will have its hands full with Chosen One, Evolution, and NCAA’s speedy, athletic guards.

This is a tough matchup to call on paper, especially considering IJD’s lackluster performance in Week 7 versus Brand Black. Delvon Roe aka Agent 10 was held to a season-low 4 points and had trouble being effective against their bigger interior defenders. NCAA is more imposing now that they have Evolution in the fold, so it is likely this game will come down to the wire in the fourth quarter.

For IJD to stave off elimination, Agent 10, Young Mouf need to carry the scoring load and players like Boston and Jay Boogie need to provide enough off a spark to get them over the hump.

A colossal matchup is on tap to cap off the first round of the #VBLPlayoffs this Sunday. Metta World Peace and Court Side will face their toughest test yet, as they try to knock out Brand Black, the only remaining undefeated squad in #theVBL this year. Rumor has it that Ron Artest aka World Peace aka The Panda’s Friend will attempt to recruit his former Lakers teammates for an epic showdown on the beach.

But all of that talk does not bother Kwame “Freak of Nature” Alexander (averaging 20.4 ppg and 7.4 rpg) and the rest of Brand Black, who has utmost confidence they will defeat Court Side and advance to the Semifinals. On paper, Brand Black poses mismatches all over the floor and should be able to use their size and power to trump Court Side’s athleticism.

Beast, Mr. Colossus, T-Will (17 ppg) and Freak of Nature has been the most deadly four-man combo in the league and seems to hold an advantage over Court Side’s big 4, World Peace (25.3 ppg), Thunder Dunker, Big Baby, and Pop Champagne.

No matter who is favored, once thing is certain: physicality will reign throughout this contest and will ultimately decide who advances to the next round.