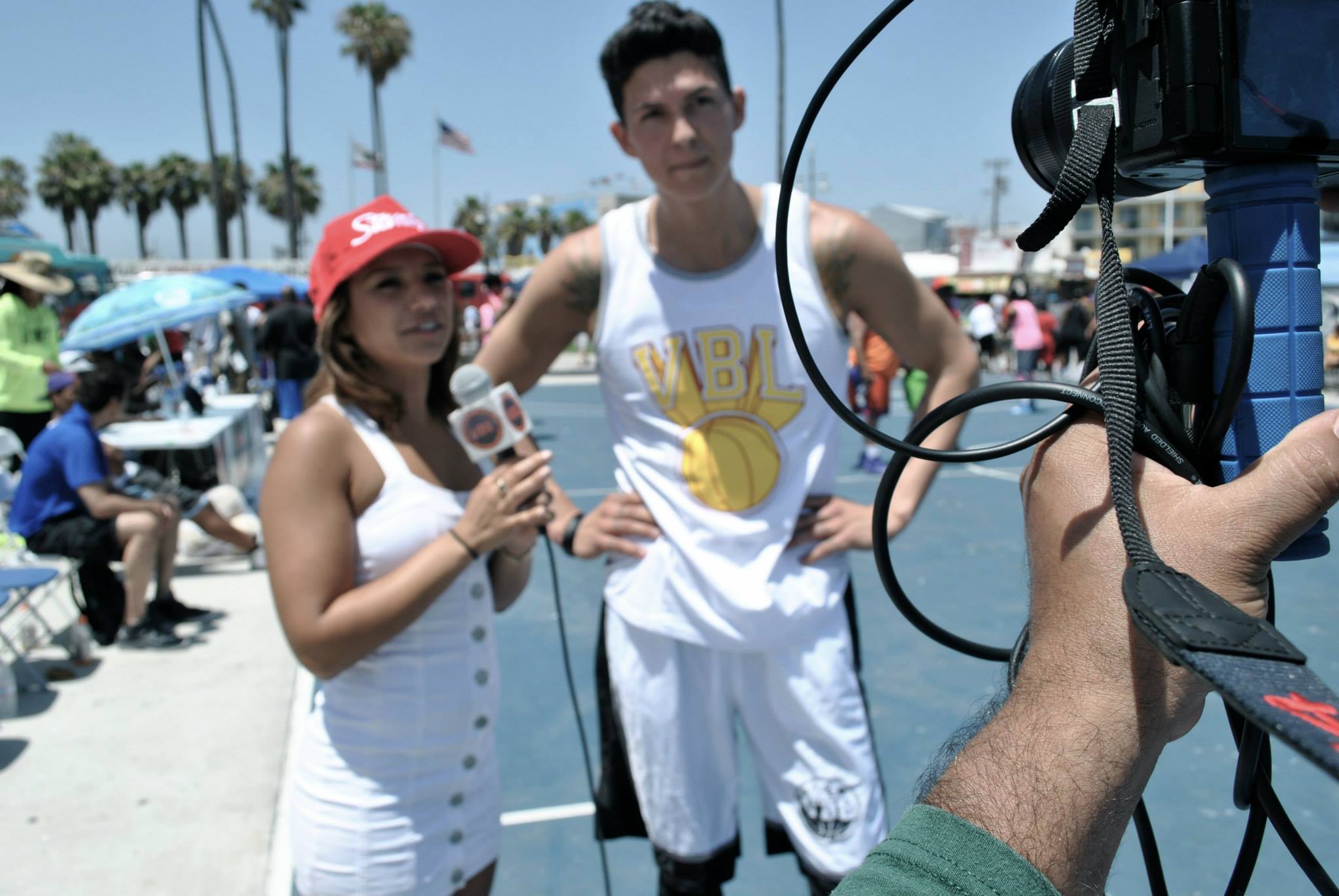 VENICE, CA – The second day of KVBL was just as successful as the first. The kids all engaged in a wide range of morning activities; First, the kids participated in dribbling or shooting drills, along with some 1-on-1 mini-games. Next, kids were educated at the smoothie station on the benefits of nutrient-rich, healthy fruit smoothie before playing in a game. (Ingredients included coconut water, apple juice, organic blueberries, strawberries, bananas, oranges, and grapes.) Following the smoothie station, the kids were given yoga instruction in order to free their mind and properly stretch out their body to prepare for the next phase; the actual game. The last portion of the KBVL featured a full-court game with all the participants of the day. Big shoutout to the Hoop Foundation and Beautify Earth for hanging with us all day, promoting their great work and commitments to the community.

Pro Shot West (1-1) picked up their first win of the VBL season in a convincing victory over White Collars. Tyler “Mario” Payne and Jason “Luigi” Payne were in sync the entire game, providing plenty of beautiful connections on the offensive end. Michael “Meezy” Ramez (17 points) was also out there contributing on the defensive glass, grabbing 7 boards in the contest.

White Collars now drop to 0-2 on the season and hopefully will be able to turn their campaign around. The key for them is more consistency on the offensive end. Pro Shot West took a beating from the Mean Ones last week when they were handed their first lost but redeemed themselves this week with an impressive 19-point victory.

Player of the Game: Meezy

In our “Game of the Week,” Brand Black All-Stars moved to 2-0 with a convincing victory over the Alpha All-Stars (0-1). They capitalized on a strong second half performance to grasp control of the game when it mattered most.

If you have not checked out Kwame “Hitman” Alexander yet, he is a rising star in VBL and one of the summer’s most exciting attractions. He dominated the competition, once again, with 21 points and unleashed his signature 360 windmill in warmups. Brand Black, led by “Hitman” is a team to watch in the coming weeks.

SPL (1-1) dropped the NCAA Boyz (1-1) en route to their first win of the summer. A tight game heading into the final period, the NCAA Boyz struggled to put points on the board and stop SPL’s attack. Too many turnovers doomed them down the stretch and gave SPL the edge. Bodysnatcher (14 points, 5 assists) got it going late and scored a few key buckets down the stretch.

Easily our most exciting matchup of the day, I’m Just Different (2-0) and Sun Block (0-1) battled it out until the very end. Sun Block’s Leprechaun (10 points) and Gordon (16 points) led the way to a 52-43 advantage after three quarters. The game looked all but locked up until Agent 25 (22 points, 4 rebounds) and Byron (13 points and 5 assists) came alive and led them to a comeback victory.

Player of the Game: Agent 25

VBL is entertaining and inspiring youth to lead active and healthy lives by showcasing world famous athletes and professional ballers on courts throughout the country. Promoting sustainability and endurance the VBL combines raw competition with organic entertainment.