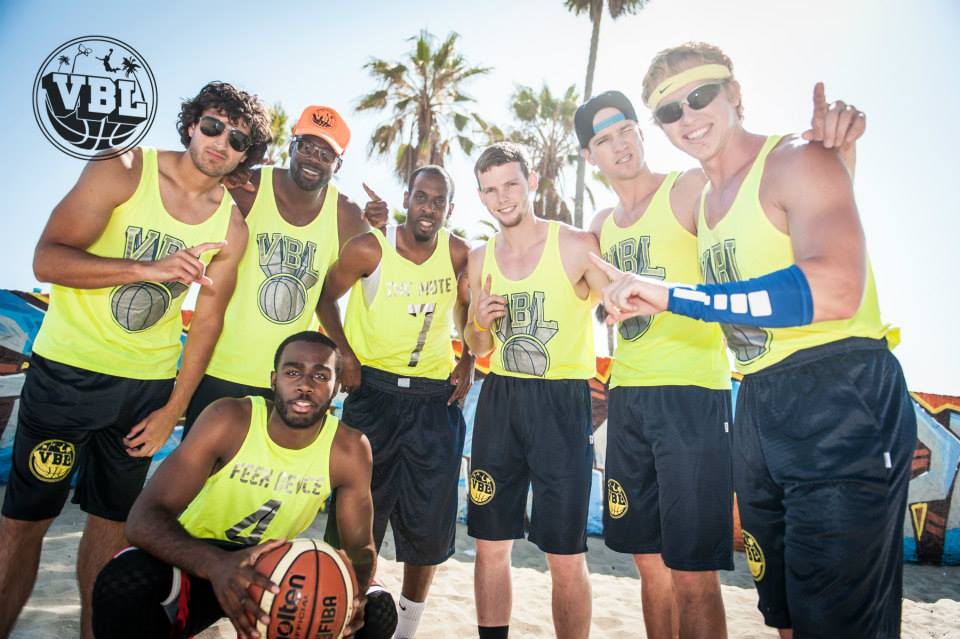 The first day of KVBL was a huge success! With 35 kids registered, they all engaged in a wide range of morning activities! First, the kids participated in dribbling or shooting drills, along with some 1-on-1 mini-games. Next, kids were educated at the smoothie station on the benefits of nutrient-rich, healthy fruit smoothie before playing in a game. (Ingredients included coconut water, apple juice, organic blueberries, strawberries, bananas, oranges, and grapes.) Following the smoothie station, the kids were given yoga instruction in order to free their mind and properly stretch out their body to prepare for the next phase; the actual game. The last portion of the KBVL featured a full-court game with all the participants of the day. Big shoutout to all the helpful staff who did an incredible job on providing a successfully run first day for the 2014 KBVL.

In the first game of the 2014 VBL season, Brandblack (1-0) showed why many people believe they will be taking home the trophy at the end of the summer. With a balanced mixture of power and speed, they were all over SPL and got it done in convincing fashion. Kwame “Hitman” Alexander, a VBL newcomer,  was an absolute beast, throwing down a couple of vicious slams on the break. He and T-Will, the 2013 VBL MVP, scored 14 points apiece en route to an easy victory.  SPL was led by Who Drew (10 points) in defeat.

The NCAA Boys (1-0) kicked off their campaign in dominating style, crushing the White Collars (0-1) by over 30 points. AJ “Chosen” Harris was balling all day long, leading the way with a game-high 27 points. Aside from the scoring, Chosen provided many of the top highlights of the day. Windmill dunks, off-the-glass, alley-oops…anything you can think of, Chosen probably pulled it off. Even without 2013 rookie sensation Evolution (finishing up season in Japan), NCAA already looks like a top contender.

Player of the Game: Chosen

Phoenix Suns guard Ish Smith coached his new team I’m Just Different in an extremely competitive matchup with the Beach Warriors, although falling 71-72. Kyle aka “Compton” had a strong debut with 18 points, 5 rebounds, 2 steals, and a block. YahDee, the player of the game, provided plenty of entertainment for the crowd with his showstopping performance.

Player of the Game: Archie aka YahDee

Physicality was the big theme in our final contest of the day. The tough, rugged style of the Mean Ones was on full display in a rematch from the VBL World Games last September (won by Pro Shot West). After a hard-fought first half, Valentine (17 points) caught fire from deep and led his squad to victory. Despite a late-rally from Pro Shot West, the Mean Ones sealed the deal with clutch free throws from Frost.

The important question heading into Week 2 is The Grinch’s status. He could face a suspension for the flagrant foul he committed that ended up sparking a second-half rally.

Player of the Game: Valentine