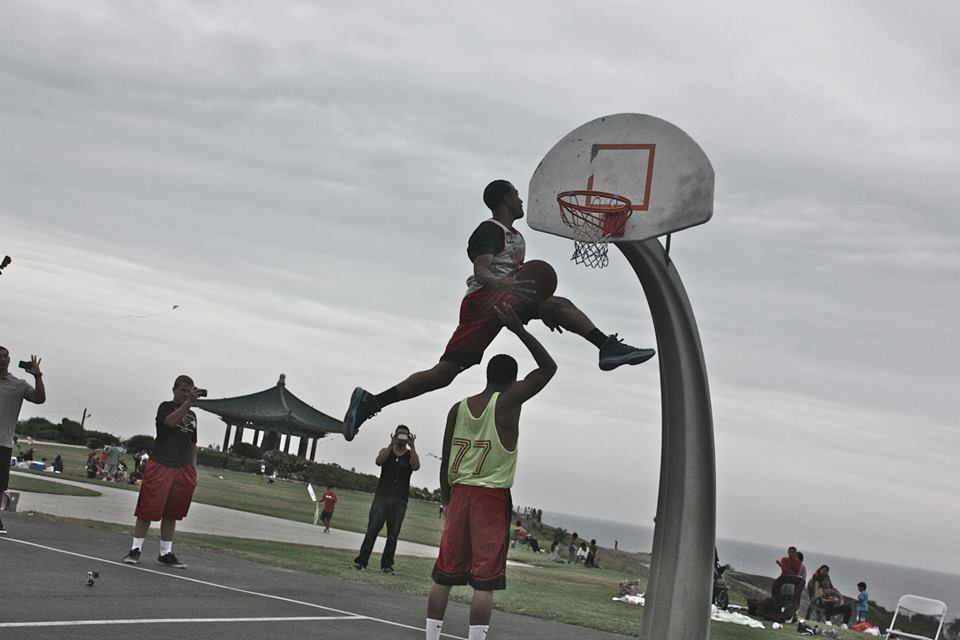 Once again picture are louder than words but here is a little bit of history to go along with the recap.

The bell was presented by the Republic of Korea to the American people to celebrate the bicentennial of the United States and to symbolize friendship between the two nations. The effort was coordinated by Philip Ahn, a Korean-American actor. It was dedicated on October 3, 1976 and declared Los Angeles Historic-Cultural Monument No. 187 in 1978.

It is modeled after the Divine Bell of King Seongdeok the Great of Silla (also known as the Emille Bell), cast in 771 for Bongdeok Temple and now located at the National Museum of Gyeongju; both are among the largest bells in the world. The bell is made of over 17 tons of copper and tin, with gold, nickel, lead, and phosphorus added to the alloy for tone quality. It has a diameter of 7½ feet, average thickness of 8 inches, and a height of 12 feet. The exterior surface is richly decorated in relief, featuring four pairs of figures. Each pair includes a “Goddess of Liberty” (bearing some resemblance to the Statue of Liberty) and an Seonyeo or Korean spirit figure holding a Korean national symbol: a Taegeuk symbol, a branch of rose of Sharon, a branch of laurel, and a dove.

In 1888, President Grover Cleveland designated an area overlooking San Pedro Bay as an unnamed military reservation intended to improve the defenses of the expanding Los Angeles harbor area. Additional land was purchased in 1897 and 1910, and Fort MacArthur was formally created on October 31, 1914. The fort was a training center during World War I, and the first large gun batteries for harbor defense were installed in 1917. The effectiveness of these fixed gun emplacements was debated for many years, and test firings were extremely unpopular with nearby residents, the concussion shattering windows in buildings and houses for miles around. By the end of World War II the large guns were already being removed, with the last decommissioned in 1948. Battery Osgood-Farley is probably the best preserved example of a United States coastal defense gun emplacement, and it was placed on the National Register of Historic Places in 1976. A second site, Battery John Barlow and Saxton, was added to the Register in 1982.