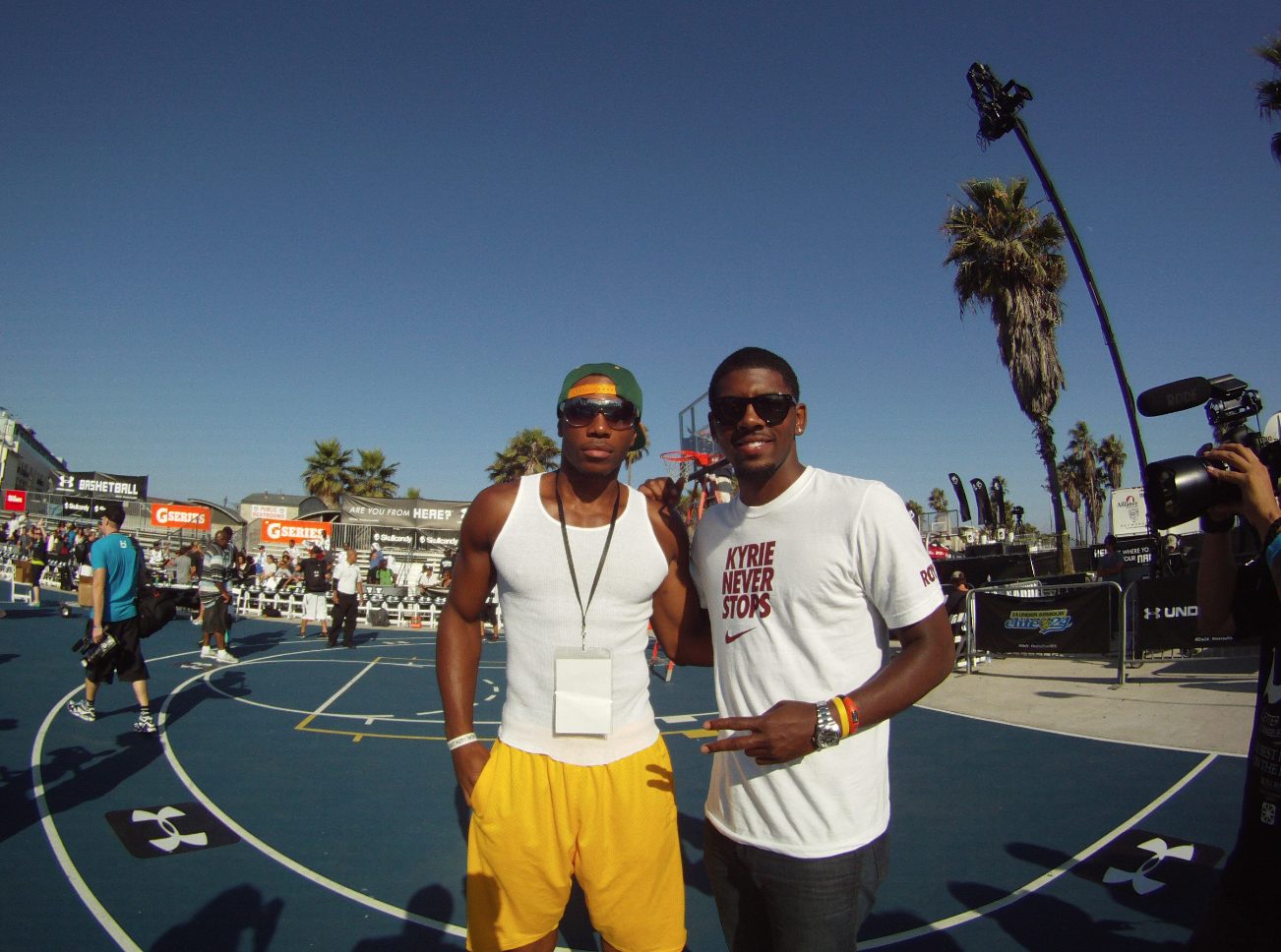 The story is that The HS Elite players will be playing in an other city next year so this is your last chance to watch them live at Venice Beach World Famous blue courts.

Game starts at 4pm so if you really want a seat arrive no later than 2pm! #GAMEON!

Top 24 High School Boys’ Basketball Compete in Slam Dunk and Game on ESPNU Aug. 24 and 25
The final 12 players selected to participate in the Under Armour Elite 24 event at Venice Beach, Calif. includes two Kansas commits and nine undecided high school boys’ basketball players. The 2012 roster is highlighted by five of the top 10 players in the ESPN 100 and three of the top six players in the ESPN 60.
Featuring 24 of the nation’s top high school basketball players, Under Armour Elite 24 participants are selected based on their performance during AAU tournaments and national summer camps by ESPN high school basketball experts.
The 2012 Under Armour Elite 24 will be held at the Venice Beach outdoor courts in Los Angeles Aug. 24-25.

The game airs live on ESPNU at 7 p.m. ET Saturday, Aug. 25, while the Under Armour Slam Dunk Contest will air Friday, Aug. 24 at 7 p.m. on ESPNU.
Aaron Gordon, ranked No. 6 in the ESPNU 100, leads the class of 2013 contingent. Also included is Jabari Bird, ranked No. 20 in the ESPN 100 and Gordon¹s teammate on the Oakland Soldiers AAU club. The duo led the Oakland Soldiers to the Nike Peach Jam title last month. Tyus Jones, the ESPN 60¹s No. 2 ranked player, leads the class of 2014 contingent.
Five Under Armour Elite 24 players selected to date have committed to colleges – Nate Britt II to North Carolina, Aquille Carr to Seton Hall, Nigel Williams-Goss to Washington and Conner Frankamp and Brannen Greene to Kansas.