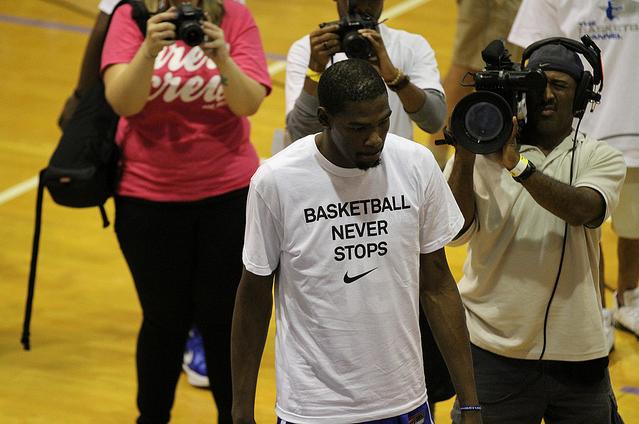 UCLA has had an amazing run every single summer for the last 10 years in the early afternoon where top college players to NBA stars take the court for some fast paste action. I remember going there as a high school kid and getting runs in after the pros. UCLA Men’s Gym is the spot to be.

If you missed The JBL, Drew League and Nike Real Run stay tuned because they are setting up numerous showcases like this one.

Chauncey Billups, Zach Randolph and John Wall are among the more than 40 players who will participate in the “Lockout League” in Las Vegas starting later this month, the New York Times reported Sunday.

Also The HAX hosts greats run and an amazing facility to work on your game.