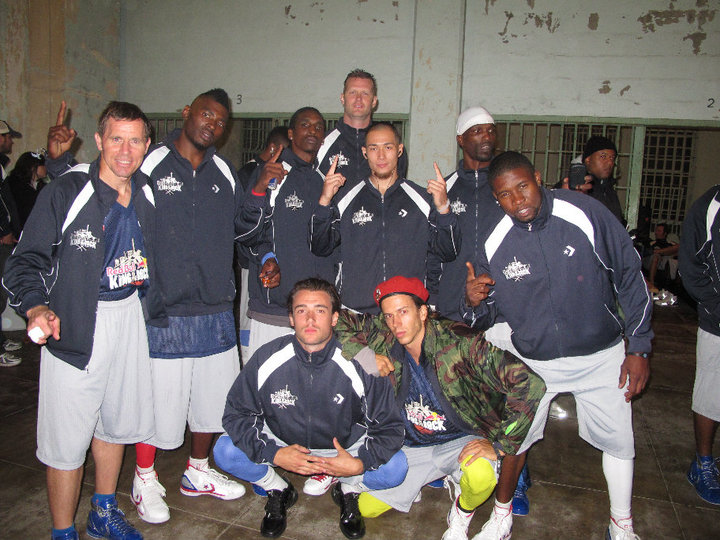 We made history this week end playing basketball on Alcatraz… The journey began at 3pm for the meeting point and we were greeting by a warm welcome from the GOOD people of RedBull. We made sure our all star team would take part of this CELEBRATION. After a mystical ferry ride we proceeded with a guided tour of the Prison. We even got to go inside the old hospital where no one is normally allowed and were treated to a 3 star diner. Rondo came and greeted us with a warm welcome and we were off to the courts. Ansom and Crackers and Cheese got kicked off the first round and went on to cheer the rest of the crew. Young Flip got and GP got disqualified in the top 8 for playing too physical. Clutch got his  revenge on Dragon who previously beat him in LA and kept going raining 3’s and rain drops in the fog to be CROWNED THE KING OF THE ROCK. A well diserved won battle for the Inglewood native who has a real passion for the game and plays for the right reasons.

THE KING STETCHING OUT IN HIS CELL

Shoot around session in the yard.. No one has played basketball here since the 60’s. We had to wake up the ghosts of Alcatraz.

CONGRATS AND LONG LIVE THE KING