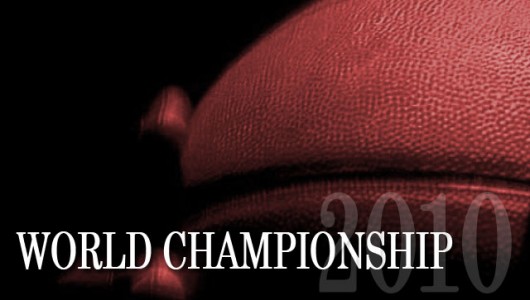 The World championship are happening right now in Istanbul and i got to watch a few games and some of these international team play great basketball. Istanbul is a beautiful city and you can find basketball courts everywhere behind a mosque or next to schools. Turkey is also are a great contender at winning the GOLD.

The team that impressed me the most so far was Argentina with Scola the UNSTOPPABLE going to work and making a serious buzz.

Luis Scola was a one man wrecking crew yesterday against Brazil. He finished with 37 points and scored six in the closing minutes for Argentina. He was so good, he got his general manager to tweet, “Scola goes into video game god mode to finish off Brazil. Wow.”

I think he is well on the way to be the MVP of the tournament.

Through the years, there’s been no rivalry in international basketball that matches the intense history between the United States and the USSR.

Even though the old Soviet Union is no longer, Thursday’s pending quarterfinals match between the USA and Russia brings plenty of classic games to mind.

And by an odd twist of fate, Thursday’s game will be exactly 38 years to the day of one of the most controversial games ever played in international basketball….that of couse being the 1972 Olympic gold medal game between the USA and USSR.

“When you think of international basketball you think of USA and Russia games, that (the 1972 Olympic gold medal game) being one of them, but that’s not the only one of them,” said USA mentor Mike Krzyzewski. “We’ve addressed the fact that game was played 38 years ago and that five of these guys are 21 so I don’t think they remember it as well.”

The 1972 Olympic Games gold medal showdown featured a pair of 8-0 teams. The USA-USSR final was as expected, a hotly contested ball game. The USSR took a 7-0 lead and by half was in possession of a 26-21 lead.

With 12:18 to play and the Soviets holding a 38-34 lead, the USA’s 6’8′ Dwight Jones, the USA’s top scorer and rebounder, and Soviet reserve Dvorni Edeshko were ejected from the game after a loose ball scuffle. On the ensuing jump ball, 6’9′ Jim Brewer suffered a concussion after being knocked to the floor.

The U.S. continued to lag behind in the second half, but narrowed the gap to one point, 49-48 on Jim Forbes’ jumper with 40 seconds remaining. The Soviet’s worked the clock down to 10 seconds but Tom McMillen blocked Aleksander Belov’s shot and Doug Collins intercepted his pass as he attempted to pass it back out to center court. Collins drove to the basket and was undercut as he attempted a layup with three seconds left. Awarded two free throws, a groggy Collins sank the frist free throw, then, despite the horn going off in the middle of his second attempt, made the second to put the USA ahead 50-49 with :03 left on the scoreboard clock.